XING Mobility – An Interview with the CEO

Designer and long-term car enthusiast Royce Hong talks about his background, and how his love of speed and innovation has led him to become CEO of one of the most exciting additions to electric vehicle industry.

XING Mobility CEO, Royce Hong, has his roots firmly in design and has built a history of innovation. Hong’s background in design was initiated by his love for cars, but he’d always thought that car designing should remain a hobby and should be kept separate to his professional work. Here Hong talks about his background and a chance encounter with Azizi Tucker, which led them to co-found XING Mobility. Hong also provides his personal insights into the company and what they have in store in the near future.

I’m trained as a product designer and a graphic designer, but my interest in design started with cars. Ever since I was in kindergarten I loved cars, and this sort of obsession stayed on. Because of cars I got interested in how cars look, and how it is (the design) conceived. So I started to draw cars, and went on to study Industrial Design at the Rhode Island School of Design, in the US, and after that I went to the ArtCentre College of Design in California, to study graphic design. I came back to Taiwan, but I deliberately didn’t study car design or transportation design; car design is not really much of a profession here, and I kind of wanted it to stay as a hobby.

So my career has mostly been involved with design and technology. I started out as a web designer for Taiwanese online company, PC Home. I was actually the 6th official employee there. I became the Creative Director for PC Home, which then became one of the largest retail sites in Taiwan. In 1999 I left PC Home to start up my own company, Agenda. Agenda is a digital marketing agency. It started with the 4 of us, and then became a 500 person outfit with multiple agencies around Asia. We eventually sold that company of to British group, WPP.

After we sold the company, I went back to dabbling with design. I started an architecture and design firm with my wife, called Xrange. I was doing product design and my wife was doing architecture; we got a project from a client, who was actually my first employer at PC Home. They were dealing with Skype; they were the local partner for Skype in Taiwan, and they saw the need for some hardware to accompany the Skype software, a sort of USB phone that connects to the computer. So I designed one of the first USB handsets. It actually got a lot of press, because it was the first one that was specially designed for Skype, so Skype’s London headquarters loved it, and it became a poster child for Skype. That product actually became so successful that PC Home actually decided to make a spin-off company, called IPEVO, which would make hardware for internet. IPEVO then became an independent company, and I’m now the CEO of IPEVO. IPEVO have since pivoted into a company that makes interactive teaching tools. 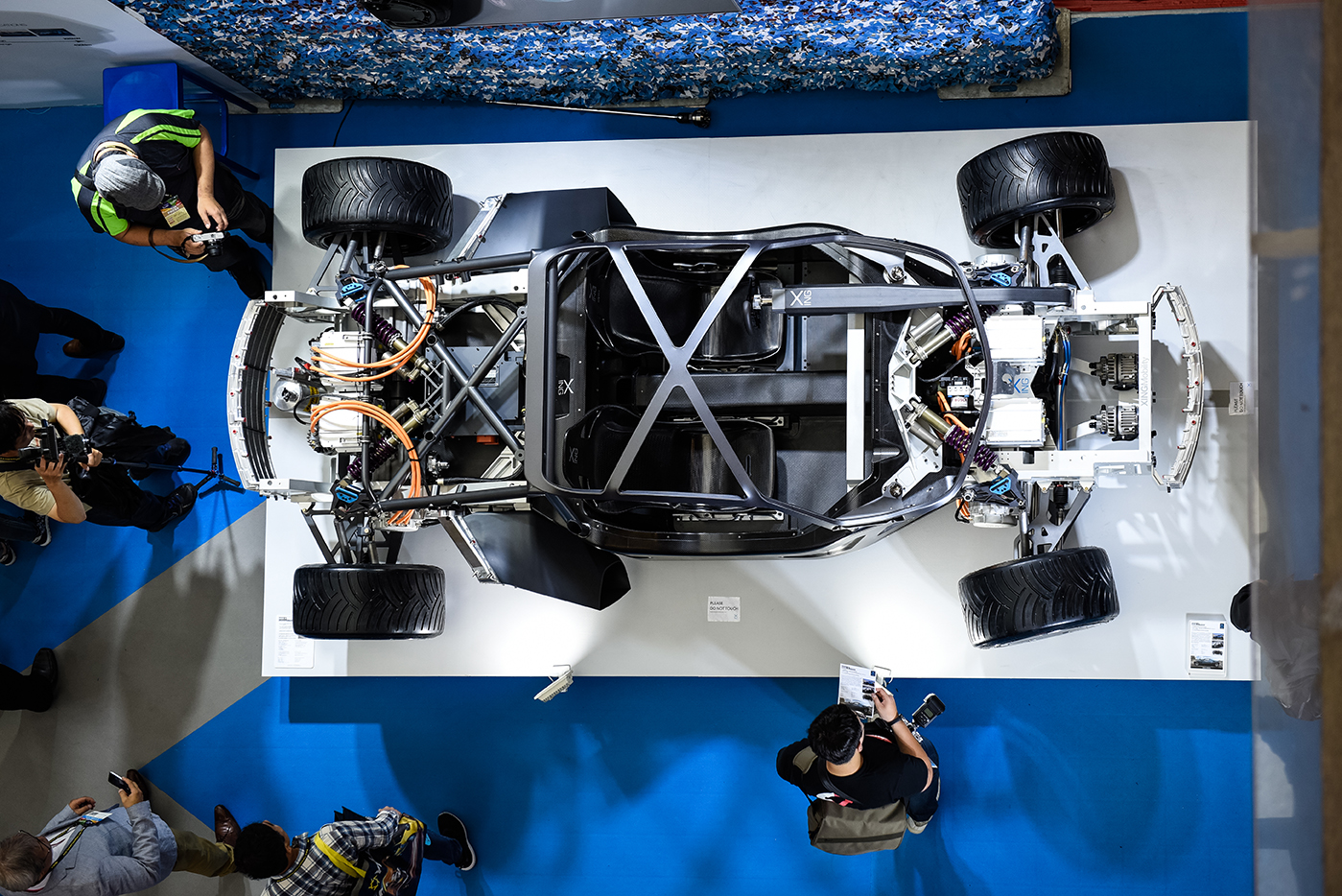 In 2013 I was invited to Ted-X Taipei. My talk was titled Confessions of Design and Entrepreneur. I talked about working as a designer, and how you kind of want to design stuff you don’t really need. But then being with IPEVO, and working in education meant I stumbled across a field that was actually meaningful. That meant we were no longer designing for 1st world problems; we were designing for education, we were designing for the future. I also talked about how my passion for design got started because of my love of cars. One of the speakers after me was this American guy, Azizi Tucker. He also talked about his obsession with speed and cars, and how that led him to become a mechanical engineer. He had worked in Detroit, in the car industry, and been very active in racing both on and off road. He had also worked at Nasa, and then at Tesla where he realised that electric cars are actually kind of fun. He said that he’s in Taiwan to design an electric race car. Incidentally I had bought the first Tesla in Taiwan, a Roadster. I wasn’t able to get a licence for it in Taiwan, and had been working to get it homologated for three years. Azizi actually worked on that car so he invited me out to the shop, and while I was there I was complaining about some design problems, but when Azizi was at Tesla, there were only about 100 people working there, so he took it personally! Anyway that’s the story of how I met Azizi; we got talking and he asked if I could design a car body for him. He showed me the design that he had already done and it was absolutely… crap. I was actually waiting for a chance to design a race car, so I said sure, yeah, I’ll do it for free! I asked to become a component in his company. This was before XING. Azizi and his two business partners in Taiwan, they were trying to build race cars to sell, but his business partners didn’t have any experience with electric vehicles; they were very traditional hardcore race fans. So they were building a car, which was equipped with a Chevrolet LS3 engine. It was very loud and very noisy. But Azizi, in the background, had actually designed the car to be dual-purpose, so you could also fit it with an electric motor.

To cut it short, that company ran out of funds, so they asked me if I wanted to invest. So I said sure, but I think we need to re-think the business model. We refocused, and registered a new company as XING Mobility in 2015, for the purpose of self developing electric vehicles and technology through race cars and high performance cars.

I think that there are a lot of opportunities to go beyond and really push the boundaries of car design. Tesla deliberately made their cars look more conventional. I was actually a little bit disappointed with Tesla’s design, but I guess that’s a strategy that works; they aren’t that intimidating for consumers. There are a lot of opportunities to break the current trend of car design. One big thing is that car companies are starting to call themselves mobility companies, so if you think about cars as a mobility device, instead of a car, then opportunities start to appear. Hopefully cars of the future won’t look like a cute little Google car, but I think they’ll be very different! 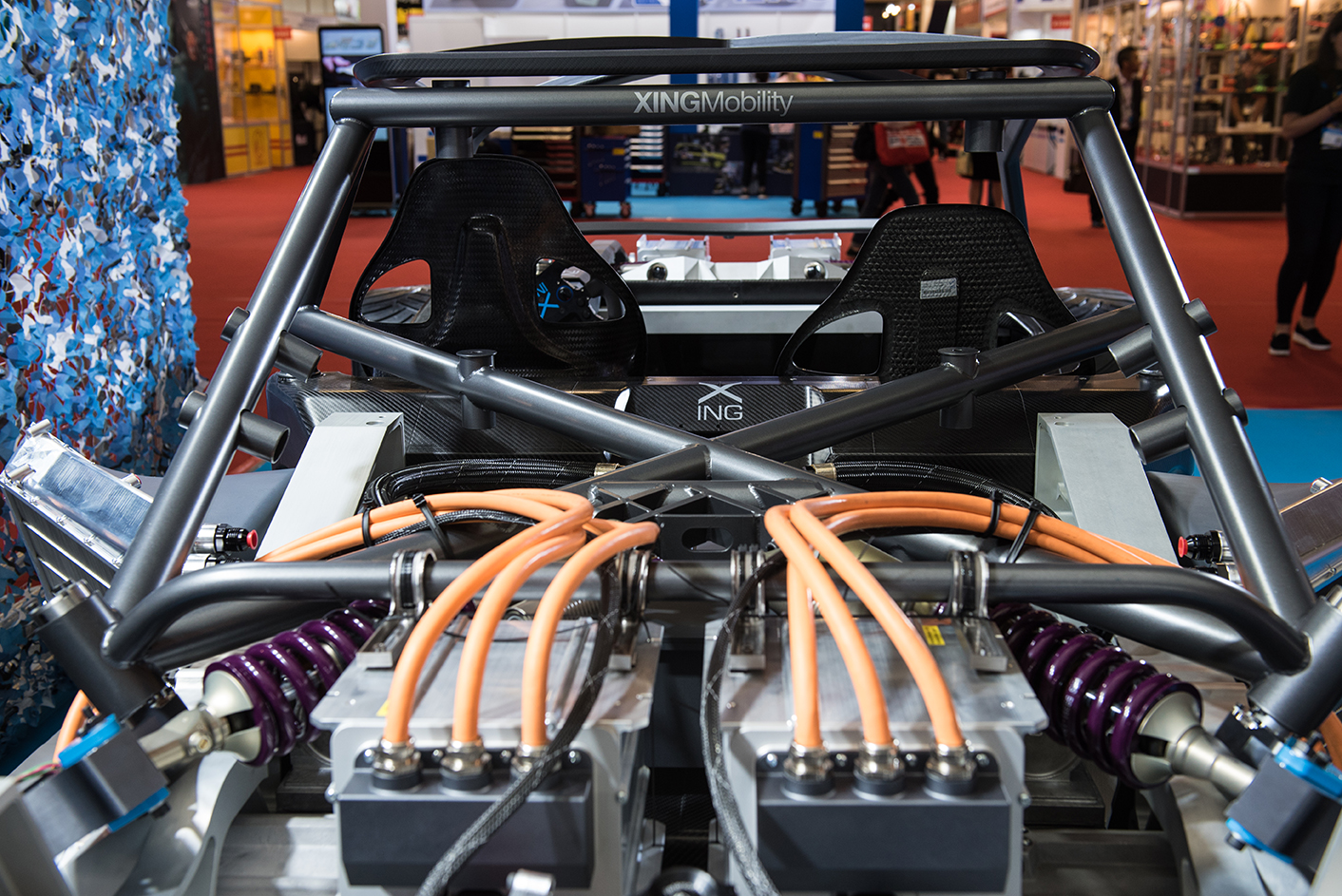 We were looking for something quite Taiwanese, but we didn’t want to use something too obvious like “Formosa” with a bear or something. Taiwanese pop culture likes to use sort of pseudo-English phrases with “-ing” to indicate something ongoing or in progress. So it’s popular to mix a Chinese word with –ing to show that it’s something ongoing and current. X for us is representative of the unknown, the future, experimental things. Also, if you look at the Chinese word xing, it means movement or mobility.

Yes, I think that the supercar (Miss R) we’ve been working on has a lot of potential to compete in international series as well. I think that the technology we’ve been developing, where we have continuous high power outputs without overheating is something that is quite suitable for racing. And with the car being on-road and off-road, well I can’t tell you the exact plans now, because we still have to go through some verification. But, we do hope to have the car compete in a track event, and perhaps an endurance event as well, because we’re developing a battery swapping technology which is quite exciting. And then we’d like to have the same car enter an off-road race, as it is also an off-road vehicle. One of the main purposes for building Miss R, a hybrid crossover between on-road and off-road, is that we wanted to achieve something that traditional combustion engines cannot achieve. 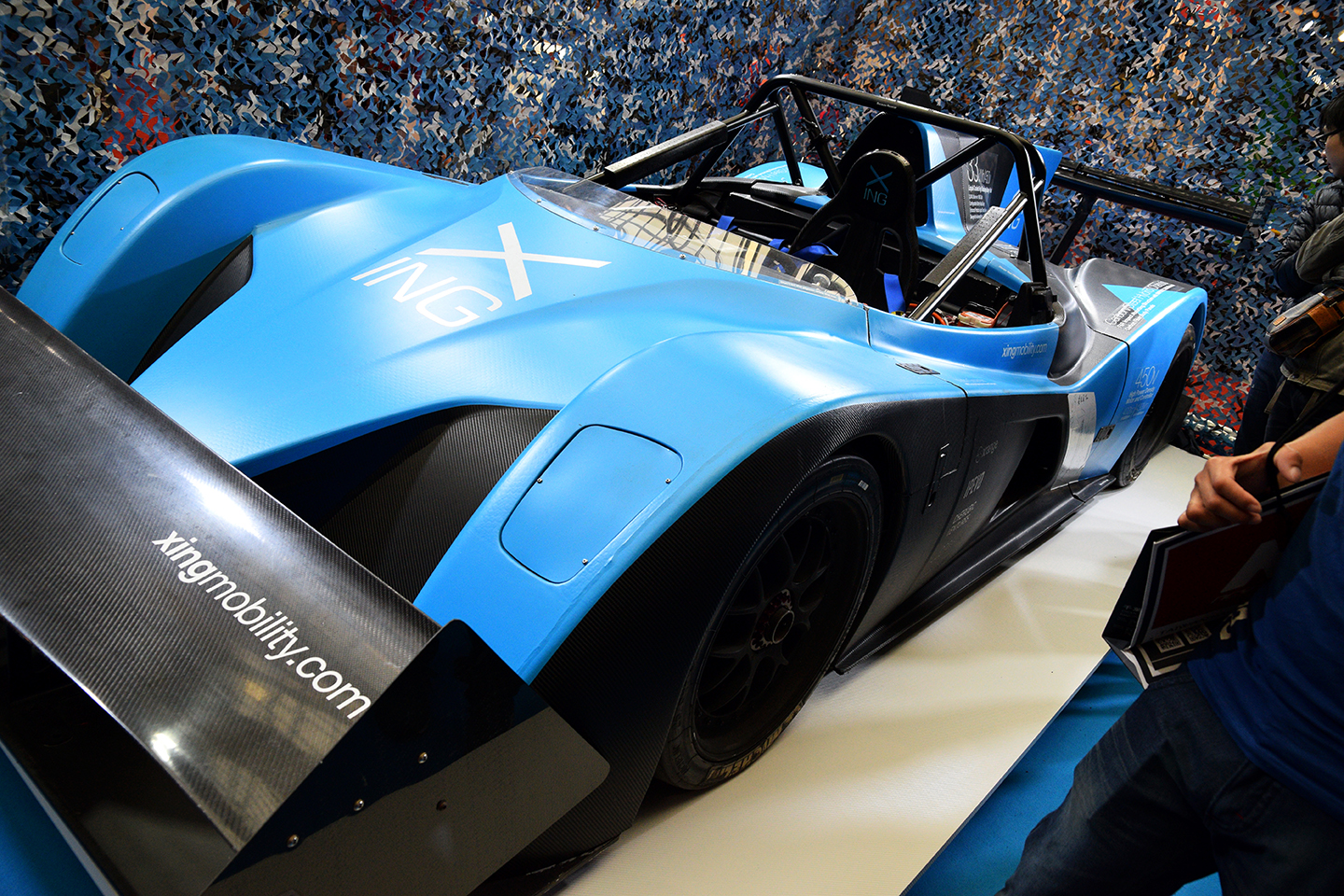 Well, we have two parts, one is the supercar (Miss R), but we only have 19 of them. We’d like to market Miss R to the whole world, but only certain countries allow low volume production vehicles. The EU has a regulation in place to allow this, and so does Japan, as well as Saudi Arabia. These are the three areas we can market Miss R to, where the car can be fairly easily licensed on the road. In the US, certain states will be more likely than others to licence a car such as this. Also, some collectors may wish to purchase the car without putting it on the road.

The other part is that we provide consulting and components to vehicle manufacturers, and we’re marketing this part to the whole world.

For the car, 2019 is when we’re hoping to put the car (Miss R) on the track, in an international race somewhere. For the components that we’re currently developing, by the end of this year, we will have the components being used in prototypes for commercial vehicles. Hopefully next year, there will be vehicles in production using our components.

That is a very hard question! My favourite car to drive is actually not my most valuable or most exquisite; it’s actually my Caterham 7. Mine is only a 1.7 Supersprint. It’s not even a 300R or something, but I love driving it. It’s just raw and direct.

One of my more memorable moments was during my second date, with who is now my wife. She’s an architect, and she had designed a freeway rest area near Taichung. There was a strip of freeway that wasn’t yet open to the public, as the rest area was still being built. So during our second date, my wife said that she had to go for a site check, and asked if I wanted to drive down to Taichung with her. I had an Audi RS4 at that time, heavily modified. So we went there was this unopened strip of freeway near Taichung, just freshly built, with no cars because it’s closed. It was about 15km long, and straight as an arrow. We did top speed at over 300km/h for a few minutes, and that was quite exciting. Although the most exciting part, because the car was solid as a rock, was seeing the fuel gauge moving, and thinking that we’d run out of gas in 10 minutes! It was a realisation that you can go fast, but not for very long!