The Autodromo Hermanos Rodriguez has held numerous races from Formula One to the World Endurance Championship during its illustrious history and many different configurations. A brand new, 2.1km layout was created for the arrival of Formula E in 2016. At over 2500m above sea-level, the track is the highest on the Formula E calendar – and one of the highest in the world. The 2016 Mexico City ePrix was also the first time that a Formula E race took place on a ‘permanent’ road course.

In Season 2, MS Amlin Andretti driver Robin Frijns scored his second top-5 finish of the season at the Mexico City ePrix, finishing fifth. The Dutch driver returns alongside teammate Antonio Felix da Costa as they work together to secure the team’s first win of the season. The Andretti Formula E team enters the Mexico City race weekend with 18 championship points, sitting eighth in the rankings but within only seven points of fourth-place NEXTEV NIO.

“In the weeks between the Buenos Aires and Mexico City races, the MS Amlin Andretti team has been working hard in several areas to eke out more performance from the ATEC-02 car. A number of the longer-term investments are starting to pay off from an engineering perspective and our team engineers are gaining a greater understanding of the car performance and behavior. Here in Mexico City, the track brings some unique challenges with the high altitude influencing the aerodynamic behavior of the car which is not seen elsewhere on the Formula E calendar although the ‘thin air’ fortunately doesn’t hurt the electric motor performance unlike that of a normal aspirated gasoline engine. From a ‘fan’ perspective, racing here at the historic Autódromo Hermanos Rodriguez in front of the enthusiastic home crowd is one of the highlights of the season, the atmosphere is quite special.” 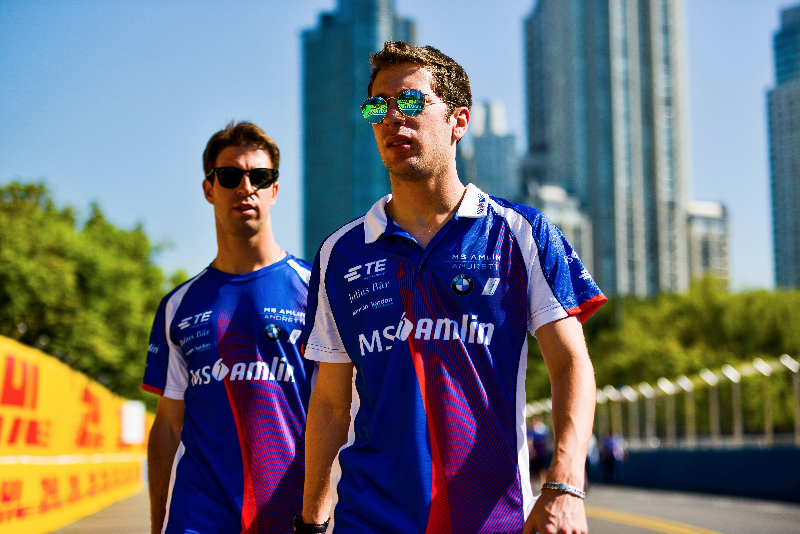 Robin Frijns ready to make a point in Mexico

“Last year in Mexico City we started P14 and were able to work our way up to finish P5. It’s a good track that creates some good battles. It’s always nice racing there and seeing so many fans watching the race. When you enter the stadium you can see and here all of the fans that came out to see the race. We got a lot of good data from the Buenos Aires race and we have been working hard the past few weeks to improve the car. Our aim is for both of our cars to finish in the points and continue on the foundation we started building in Hong Kong.”

Antonio Felix da Costa is ready to hand in his homework

“After another decent break between races, I think as a team we kind of needed this time to really improve on ourselves. Buenos Aires was a bit of a wake-up call but I think as a team we are reacting well. All the homework we have been doing before Mexico has been very useful and I have spent lots of time in the simulator with the engineers and my teammate, Robin. I think as a racetrack; Mexico City can be a little bit better for us and for our package. On my side I just need to make sure I have a clean weekend and minimize mistakes which is always difficult in Formula E. I think we have to look for some points and anything in the top 5 would be encouraging. I am looking forward to racing again in Mexico City.”

Ms Amlin Andretti was your team of Hong Kong, will it continue in Marrakesh?

After taking an impressive 18 championship points and sitting pretty in third will Andretti emulate their success into round 2 in Marrakesh?
Formula E News

Robin Frijns Interview: “Electric cars can be quick, and competitive as well.”

Formula E's first pre-season test at Donington Park, earlier this month, Laura Prior caught up with MS Amlin Andretti's Robin Frijns for a brief chat about his new team-mate, the prospect of a Formula E race in Holland, and his hopes for next season!
Formula E News