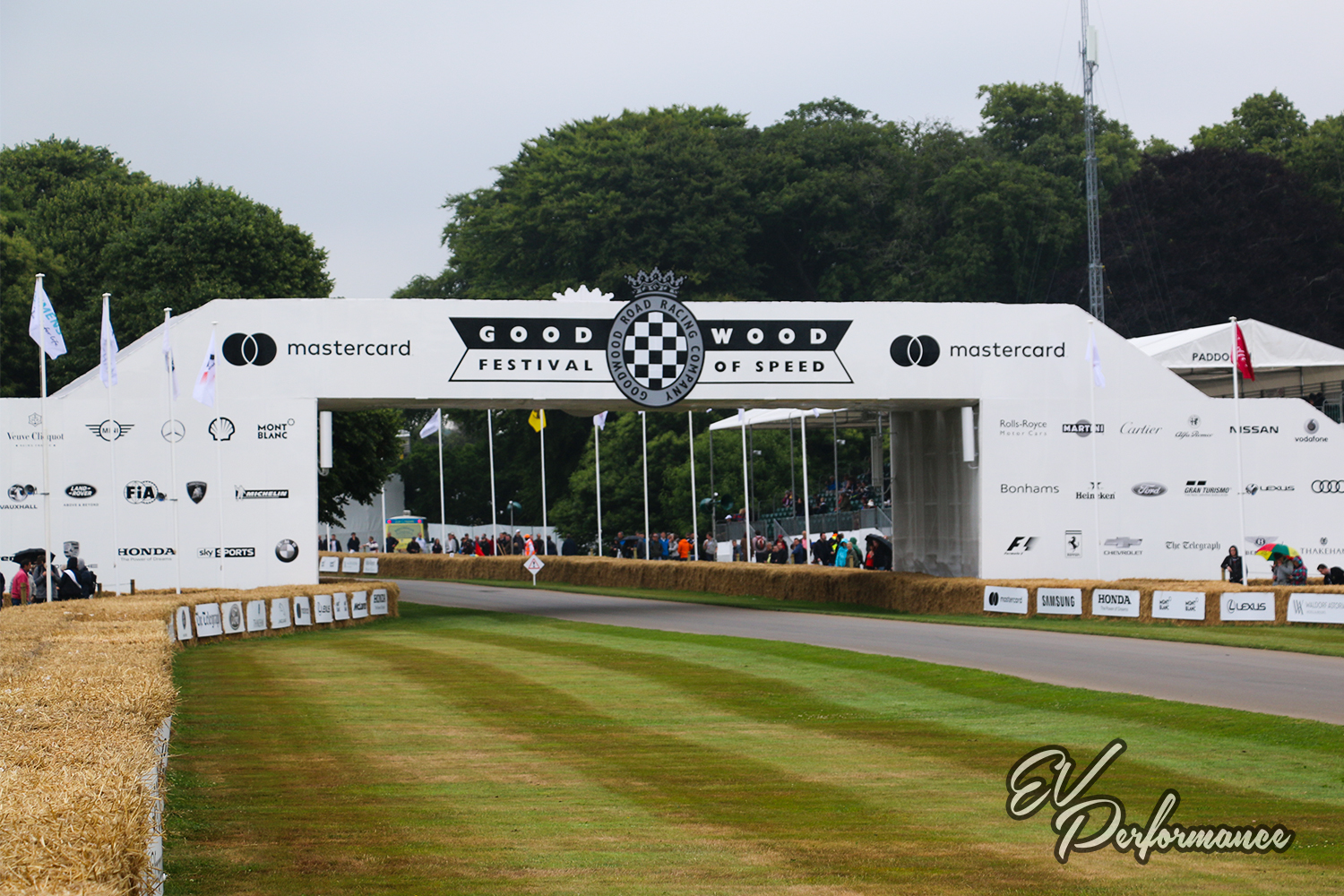 This weekend marks Europe’s most highly anticipated car events, Goodwood Festival of Speed. Other the weekend spectators great to see the world’s most impressive cars, from classics to modern day super cars. This year amongst the greatest people will get to see the future with EV’s taking centre stage.

Taking center stage at the event, Heidfeld and Mahindra set out to show the power of their new Formula E car M4 Electro. Heidfeld is no strange to Goodwood, in 1999 he set a record time when he drove the McLaren MP4/13 Formula One car up the hill in 41.6 seconds. We eagerly wait to see what time he sets in the M4 Electro!

The Nissan Bladeglider is a fully electric drift machine. Making noise since first announced, the Goodwood audience will have the pleasure of seeing it take on the Goodwood track. We’re not sure how people will take this 3 seater designer, but it’s sure to get chins wagging.

Certainly a surprise invite for many, but a well deserved one! The London Taxi Company have been developing this fully electric cab (with range extender) for some time. Talking with one of their representatives, I can understand why, considering the tricks it has up it’s sleeves (more on this soon). Still fully wrapped to hide it’s final design, they will be flying around the track throughout the weekend, why not stick a thumb out and catch a ride!

We first saw this concept at the Geneva Show and we hailed it one of the most important EV’s in recent times. A hot hatch that could change opinions throughout the ages. With it’s futurist wrap the ZOE will be showing off throughout the weekend, hopefully convert people along the way.

BMW has gone all out with the i8 this year. Showcasing two eye-catching wrapped i8’s which brought out the selfie’s sticks! Love the wraps or hate them they certainly done the job!

Ever since Richard Hammond lost control of the beast, people have been talking about Rimac more and more. Now those people will get to take a selfie with the car that caused the drama.

A big statement being made by Mini with this plug-in hybrid. The shift towards EV has been coming and at Goodwood we got to see the first plug-in. With it’s stylish interior and iconic body shape crowds won’t event realise it’s a plug-in, until they see the plug obviously.