Behind the scenes at Donington’s Formula E testing

While most people were making the bleary-eyed slog into work this Monday morning, we were heading up to Donington Park for something altogether rather different. 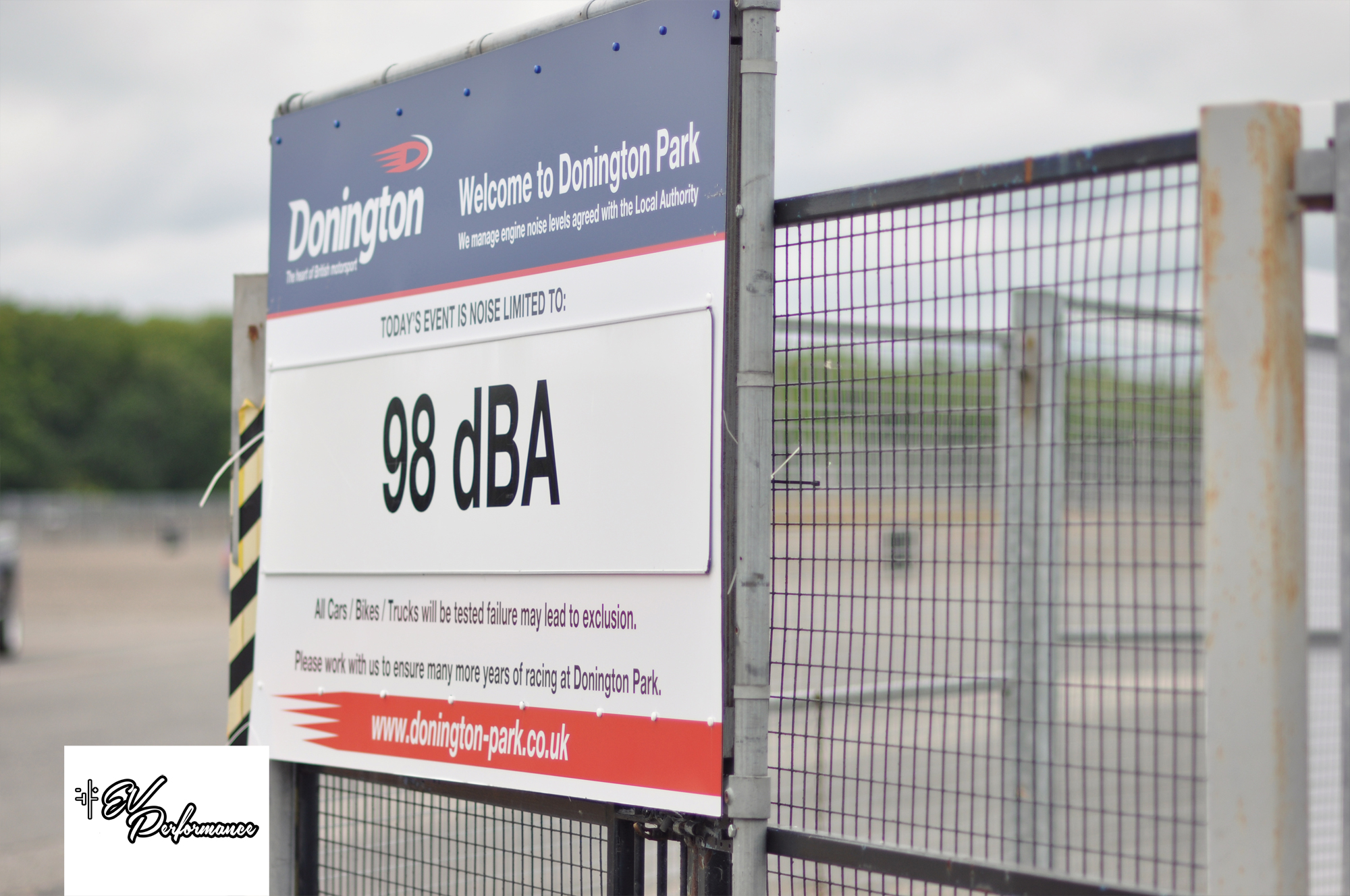 Because this week, a mere six weeks after the spectacular finale of the previous championship in London, the ten Formula E teams competing in the 2015/16 season made their way across the world to the Leicestershire circuit to commence testing for the next batch of races.

With the regulations relaxed and a number of fresh new drivers announced, some just hours before testing began, we had a really exciting few days ahead of us. There’s no doubt about it – this week would tell us a lot about the future of motorsport… 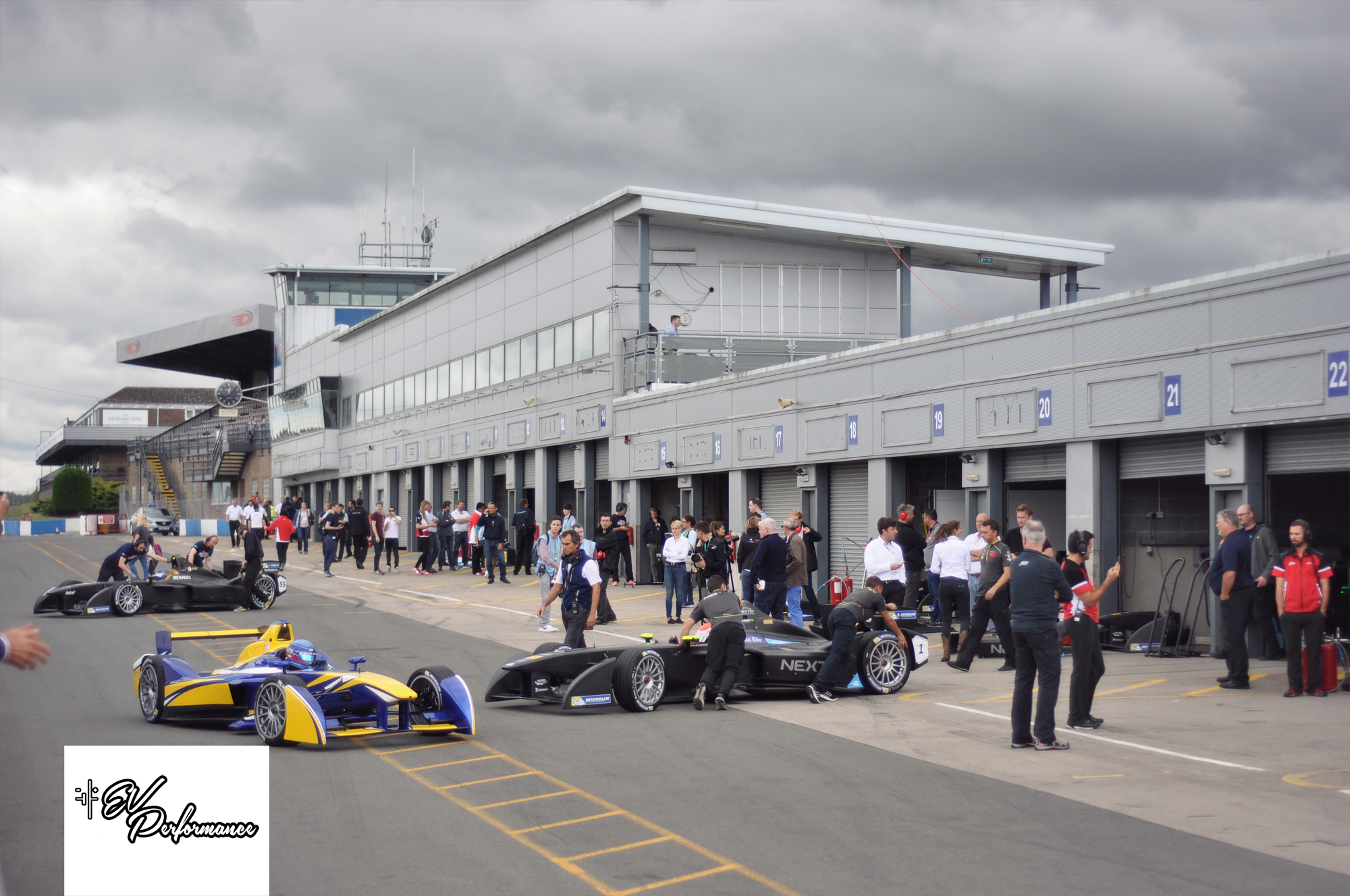 Before the driving began, we’d already heard news of a number of shake-ups and new drivers adding drama through the grid. Most notable was the shock announcement that ex-F1 world champ Jacques Villeneuve would make a return to a full motorsport series after almost a decade off, replacing Heidfeld in the Venturi team. Heidfeld moves to the successful Mahindra outfit, but more on both of these two later. 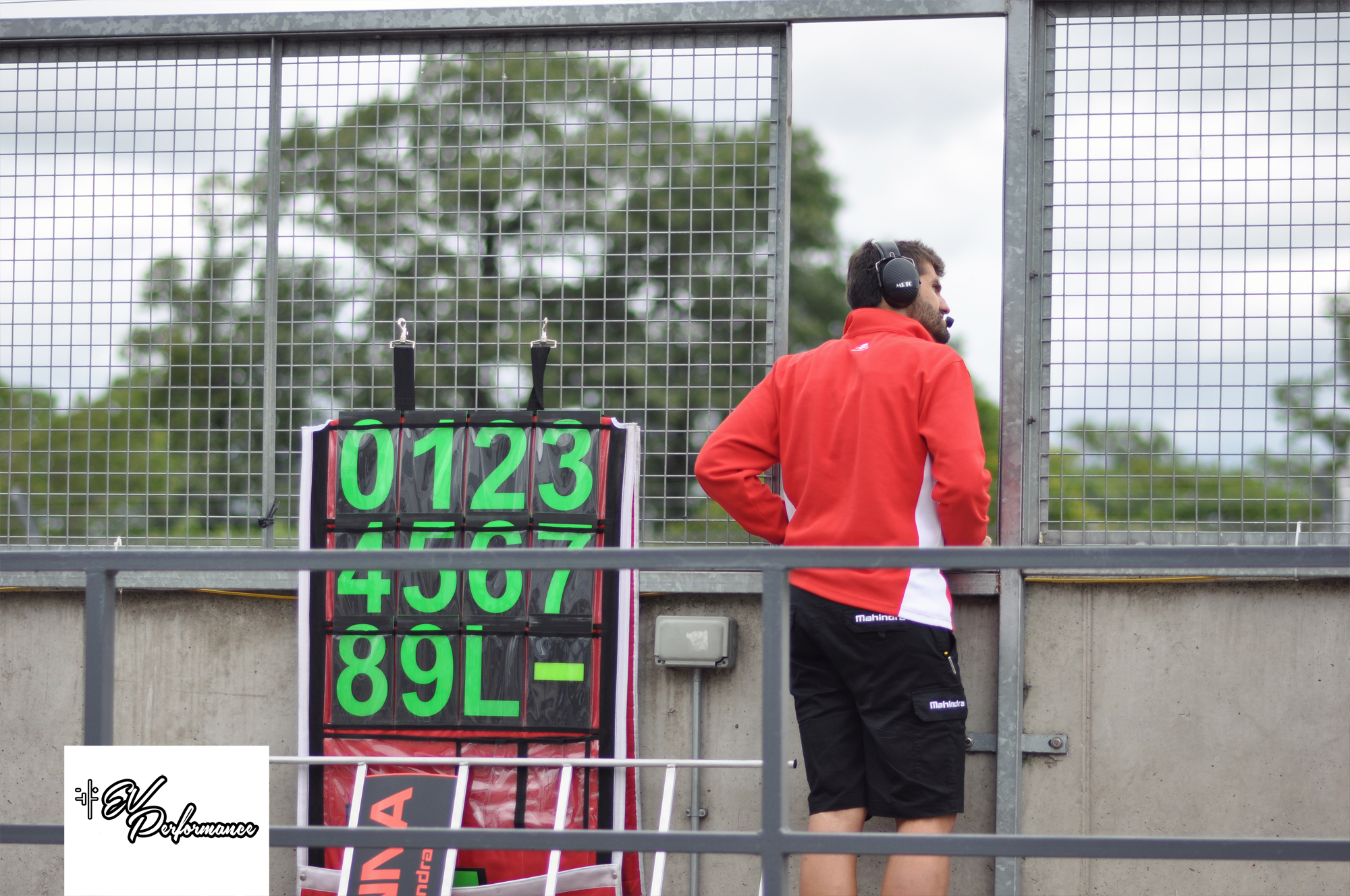 The day would be the first chance for the EV Performance team to experience some Formula E action first-hand. And it didn’t take long to witness our first beast – one of the DS Virgin team cars shot out of the paddock soon after we arrived, its space ship-style whirring noise thankfully a lot louder than we’d been expecting as it flew off to perform some test laps under the overcast-but-dry sky. We later heard from some veteran Formula E fans that the noise has dramatically improved from last year’s cars thanks to more of the manufacturer’s newly-allowed technology now incorporated. 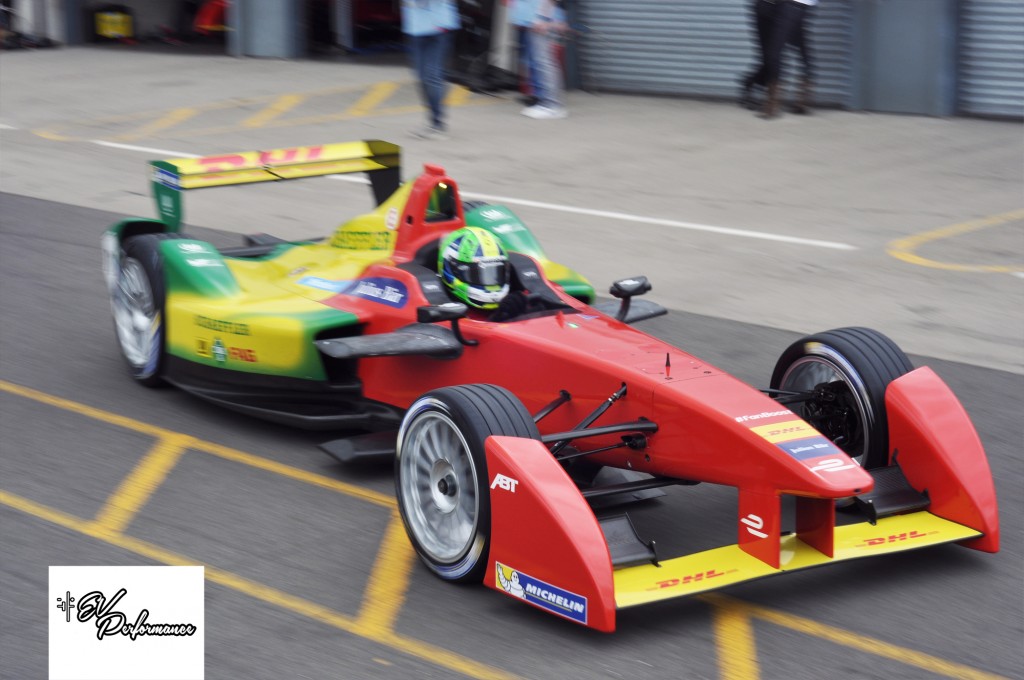 Eight of the teams are now running their own custom drivetrain technology. The Williams-designed power pack remains a regulation part of the cars, but the next season allows teams to produce whatever motors and gearboxes they please. This is certain to add another element to the already-tight knit racing. Aguri is now the only team running the exact same specifications as last year’s cars. 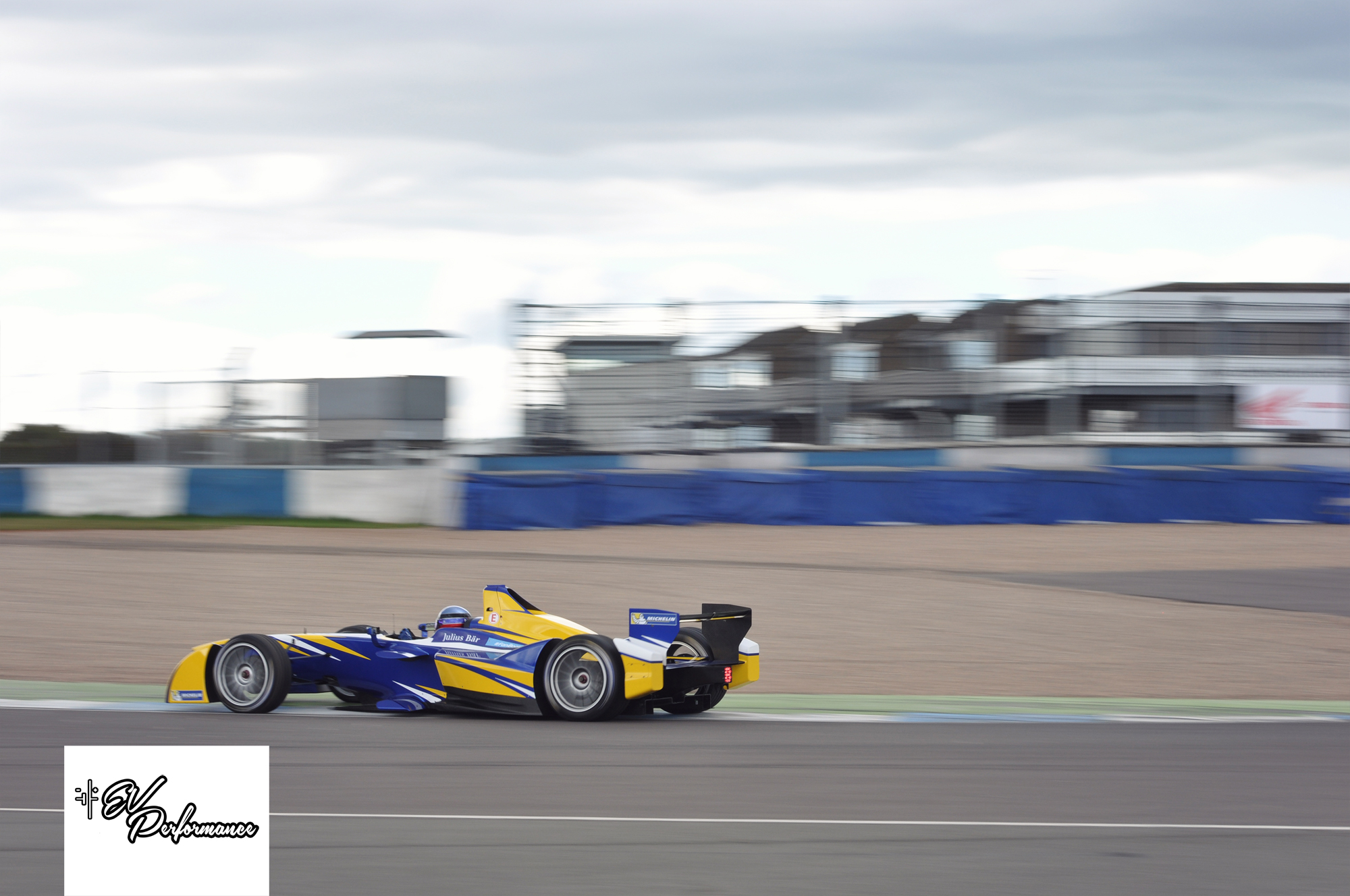 With distinctly different noises being emitted as each team began showing off their brand new pride and joys, especially in the gearbox department (with some cars letting off a straight-cut whine not dissimilar to that of a BTCC car!), we began attempting to pry as much information as we could out of some of the key figures of the revolutionary motorsport. 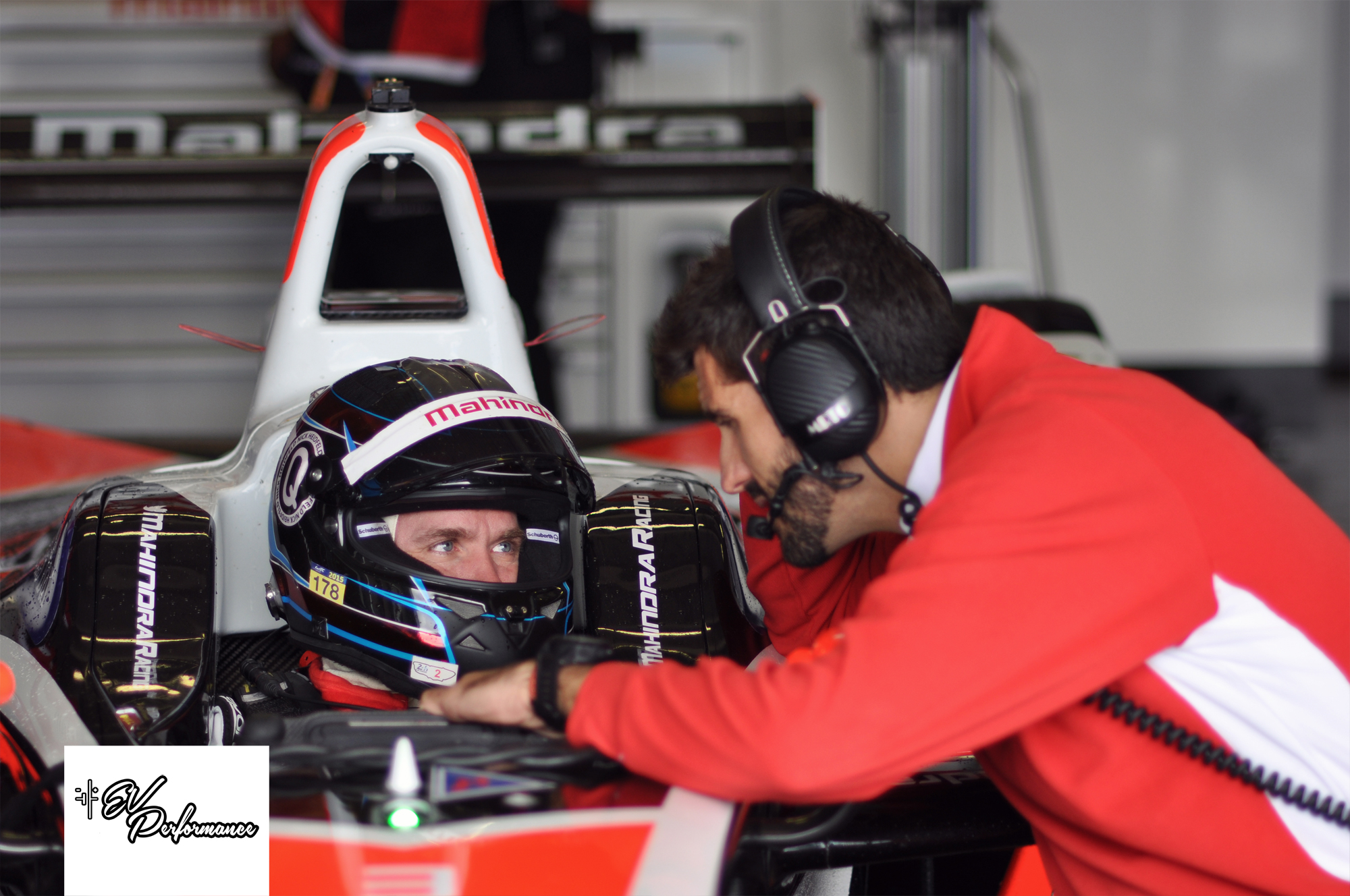 Moving over from a fairly successful season with Venturi to now join Bruno Senna, Heidfeld was quietly confident when we caught up with him during testing.

“I’ve done quite a few laps… I’m always learning something! The car is okay. You always want to improve it. I’ve already done some testing in Spain which has lead to some adjustments which are good. They might not be perfect here, but this is a different circuit to the season.

“The car isn’t much different to last year, of course. It’s about the fine tuning. Last year was a very nice season for the spectators, not so much for my results. But I enjoyed it and definitely wanted to stay. There’s another strong field this year, and the differences in the cars should make it interesting.

“It’s impossible to predict the future of Formula E at the moment, I think everybody was extremely happy with season one. I think people doubted it at the start but had to change their minds by the end of the season from what I’ve heard – it was a very successful year one.” 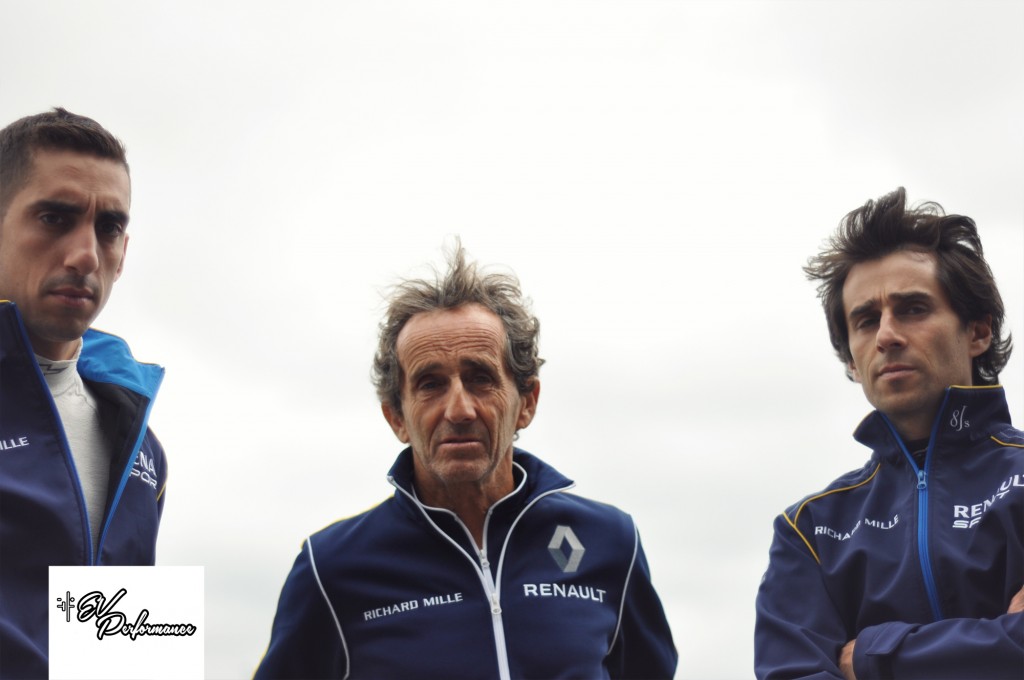 Finishing second overall last year with the manufacturer-winning team, e.dams Renault, Buemi had a lot to live up to with the new car during testing. And he didn’t disappoint, scoring the fastest times in both days one and two. We spent five minutes discussing the new car and season.

“Our car seems a little bit different to last year. It’s a pleasure to be back and to have the first comparison with the new car. We seem to have been able to unlock some potential but now we need to work on reliability and trying to fine tune all the systems. There’s still a lot of work to be done but it’s a pleasure to be back.

“We don’t want to reveal too much but we have a new electric engine and gearbox – trying to improve the torque – and we’ve tried to get a better weight distribution on the car. So, we should be able to basically get the car quicker in the corners, and with more power; that’s the objective.

“The new grid looks interesting. There is plenty of new technology out there, so I’m really looking forward to compare our car with the rest of the teams and the new drivers.” 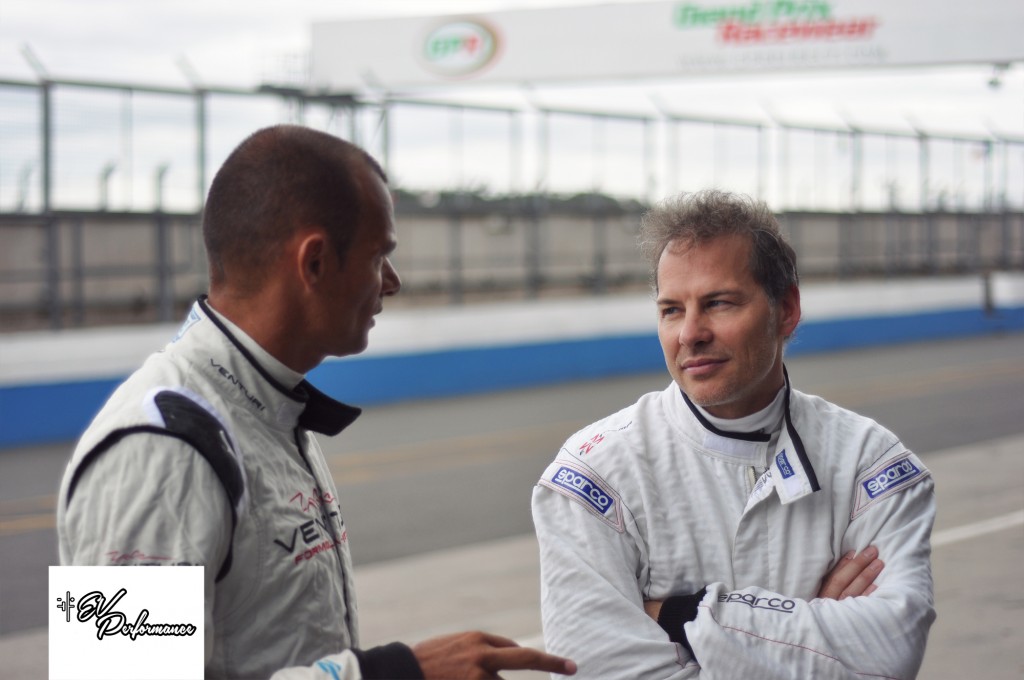 The introduction of Villeneuve into the line-up marks the first ex-F1 champion to race in Formula E. After a long absence from entering a full race series, we asked him what brought him back.

“Formula E is very professional; I’ve been watching races for the last year and I was unhappy not being part of the races – they’re exciting to watch, and I’ve always loved street races. It looked tough, and after testing, I’ve realised it’s very complicated to go fast – that was exciting. There’s a lot to do with saving the engine and using it properly, so you have to be clever when driving it as well, so there’s a lot of work happening throughout the team.

“We haven’t done many laps yet. When we got going properly, it rained. So we’re just waiting for the track to dry for some fast laps.

“Lately I’ve been racing on ice and in NASCAR, so it’s a bit different! It’s an open-wheel car, but it feels heavier, and because it’s on grooved tyres it moves around a little bit, but it does feel like a proper open-wheel car. It’s been a while so it’s really exciting!

“The atmosphere is good; there’s no fighting! My team-mate [Sebastien Sarrazin] and I have raced together before at Le Mans as team-mates, so it’s good.

“Electric cars have their use. I’m not sure how the future will be. If you want to do a 1000km drive, that’s probably not the right way yet. In town it’s amazing, it just depends when you use it, but there is a lot of potential, which is nice.” 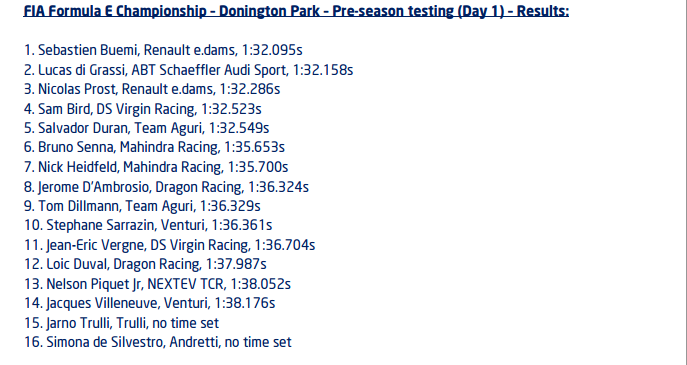 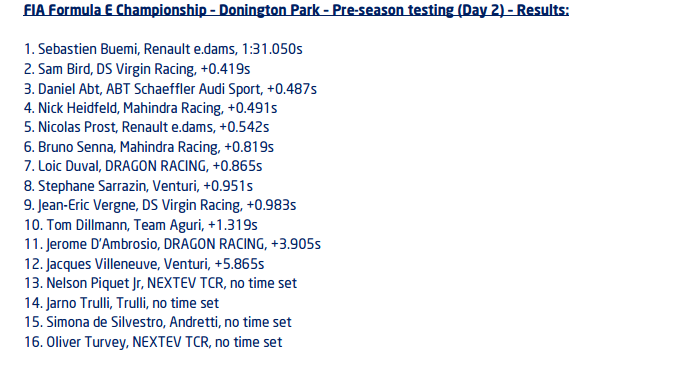 Check out the video here: