In the second of this weekend’s double-header Formula E races, Mahindra’s Felix Rosenqvist took the top spot by a tenth from Sebastien Buemi, in a confident run of form after his maiden victory yesterday. Buemi will be looking to make up points after yesterday’s disqualification, for tyre pressure infringements. The DS Virgin pair of Lopez and Bird locked out the second row, with Vergne and Turvey on row three, and championship challenger Lucas Di Grassi in seventh.

In the group sessions, the Techeetah of Sarrazin was the first taker to set a time, followed by the Venturi of Engel, yesterday’s podium sitter Nick Heidfeld, NextEV Nio’s Piquet, and yesterday’s race-winner Rosenqvist. With all drivers taking time to build tyre temperature, Sarrazin set a similar lap time to yesterday (1:08.8), with Engel ahead by three hundredths. Piquet could only manage a 1:09.1, slotting into initial fourth, as Rosenqvist shot to the top of the time sheets a full second ahead. Heidfeld experienced a throttle sensor issue, that saw him three seconds adrift of the pack. 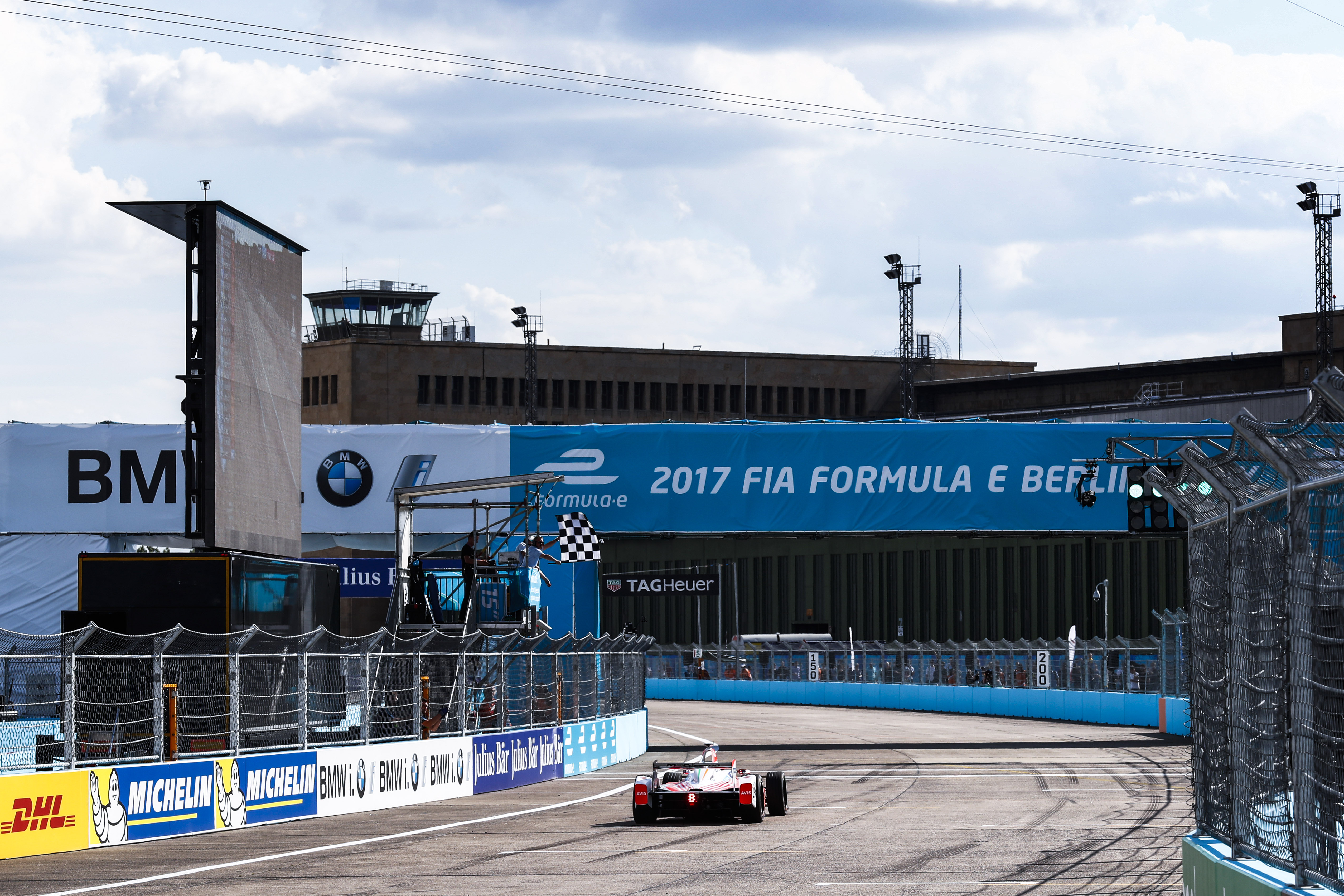 Daniel Abt headed group two, followed by the Jaguar of Carroll, the Renault e.Dams pair of Prost and Buemi, and the Venturi of Dillmann. Abt’s time of 1:08.3 was strong enough to slot into initial second, with Prost a hundredth shy (1:08.4) into third. Determined to make up for yesterday’s disqualification, Buemi’s clean lap saw him find a hundredth in the final sector, to pip Rosenqvist to the top of the time sheets. The Venturi of Dillmann slotted into sixth, with a respectable 1:08.7, with Adam Carroll the slowest of the group, taking ninth with a 1:09.5.

The Andretti of Da Costa was keen on track in group three, followed by the DS Virgin of Lopez, and championship challenger Lucas Di Grassi (ABT Schaeffler Audi Sport). The Jaguar of Evans and NextEV of Turvey followed. Di Grassi could only manage initial fourth, while Lopez jumped to the top of the sheets with a 1:07.8, the fastest of the day so far. Oliver Turvey’s lap was enough to see him into potential super pole, taking fourth from Di Grassi and leaving the Brazilian on the bubble. Mitch Evans posted a decent lap (1:08.3) to slot himself into initial seventh. 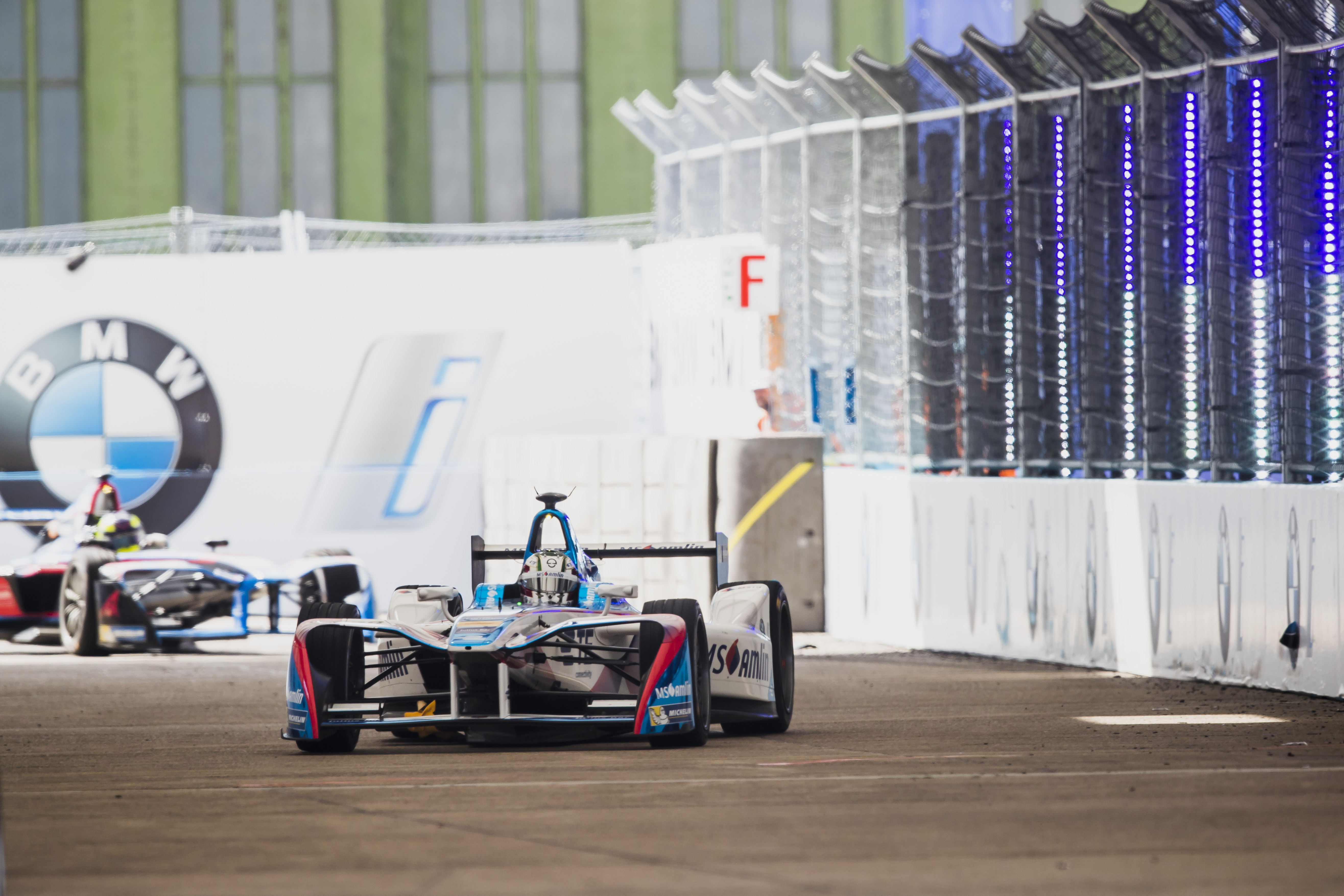 The final group session saw Dragon Racing’s Loic Duval head to track first, with the DS Virgin of Bird following, mirrored by the Techeetah of Vergne, both keen to challenge for Super Pole. The sister Dragon of Jerome D’Ambrosio followed, with the Andretti of Frijns the last to track. Bird flew, mirroring the speed of his Argentine teammate, and stole to the top of the time sheets by five thousandths, pushing Di Grassi out of Super Pole. The Dragon pair of Duval and D’Ambrosio finished eleventh and twelfth, with Robin Frijns a respectable fourteenth, after Andretti’s woes yesterday. Vergne capitalised on a strong 1.07.9 lap to sneak into third, and knock Turvey out of Super Pole.

Super Pole saw the DS Virgin pair of Bird and Lopez, Techeetah’s Vergne, Renault e.Dams’ Buemi, and the Mahindra of Rosenqvist, all challenge for the top spot. Yesterday’s race winner Rosenqvist was first to throw down his marker. Rosenqvist hustled through oversteer to post a strong initial time of 1:08.2, faster than Di Grassi’s pole position in yesterday’s race. Buemi cut a determined figure on track, keen to repay yesterday’s points loss, but couldn’t take the top spot, crossing the line just shy of a hundredth down on Rosenqvist. Vergne’s car appeared a handful on track, locking brakes and struggling with oversteer, and crossed the line almost a second down on Buemi, taking initial third. Jose Maria Lopez was the first DS Virgin to track, but struggled with wheel spin and lost time in sector two, taking initial third, and a guaranteed second row. In the same car, Bird was the final contender to track. Initially just a thousandth down on Rosenqvist in the first sector, time drifted away from Bird in turn seven, the Brit crossing the line in fourth.

Keep it EV Performance for a full race report this afternoon! The Berlin ePrix gets underway at 3pm GMT!