Daniel Abt Interview: “I don’t think we will see someone dominate”

In the next in our series of interviews from Formula E testing in Donington, earlier this month, Laura Prior spoke to Daniel Abt about closing the gap to Renault e.Dams, a boys’ holiday in Vegas, his burgeoning TV career, and just when we’re going to see him sing Taylor Swift!

EVP: Daniel, tell us what you’ve been up to since London? Have you managed to have a break?

“Yeah, for sure, but I was not totally ‘un-busy’, because I still did a little bit of GT racing, and of course a bit of holidays, and testing. So yeah, did not really feel like a break, to be honest, but it’s good to be back!”

EVP: It’s always difficult to read into car performance at Donington, but how does the car feel?

“It’s too early to say. We’re just checking systems at the moment. I don’t know. It really tough to say. Last year, we were amazingly quick here, and it did not work in the first race in Beijing, so I wouldn’t count too much on the lap times here.”

EVP: What about your thoughts on the new front wing? Do you feel there’s any aerodynamic value, or do you think it’s purely an aesthetic decision?

EVP: As a team, how confident can you be of closing the gap to Renault this season, as there are only – realistically – so many developmental gains they can make.

“Yeah… we hope to close the gap. Last year, in the final, the gap was really huge, so at the moment we don’t know, and we will only know in the first race in Beijing. Obviously, I think everyone will close up; it will be very tight. I don’t really think we will see someone dominate. I think anyone can win, so hard to say.”

EVP: We last saw you enjoying some podium champagne in Battersea, after a mixed weekend overall, but what were the highlights of last season for you?

“Clearly Berlin! Berlin, the whole week was just amazing. First, because I got to drive the Formula E car through the real streets, in front of the Brandenburg Gate and all that stuff, which was mega! Once in a lifetime opportunity! Then we managed to round the weekend off with my best ever finish in P2, and yeah, it was really cool.”

EVP: Looking to this season, the race calendar has changed considerably. Montreal in, NYC double-header, back to Monaco, Marrakesh. Some interesting destinations! Any you’re particularly looking forward to?

“Yeah, I think New York is going to be a burner, but there’s not one location – I mean, maybe Brussels is not the best one – but the rest for me are all cool, and I think it’s a mega calendar and should be really cool.”

EVP: Is there anywhere the season hasn’t covered that you would like to see Formula E go? Las Vegas gets mentioned a lot – you could combine racing with a boy’s weekend!

“Yeah, Vegas is always nice, but we’re going to do the e-Race there, from what I know, so it’s in the plan. So maybe it’s even better if we don’t have to race there, so we can enjoy other things!”

EVP: Back to you, what are your goals for this season? Do you think that far ahead, and set yourself and end-game target, or do you operate very much race by race?

“Well, first of all, I want to have a good start into the season. So far, I haven’t managed that, and I think the second half of last season was really good, and if we can keep up that pace, and luck and all that stuff, which we need, then I think we can have a good season. But yeah, as I said, it’s so early to say, and at the moment we just focus on our job and in the first race we’ll see where we are.” 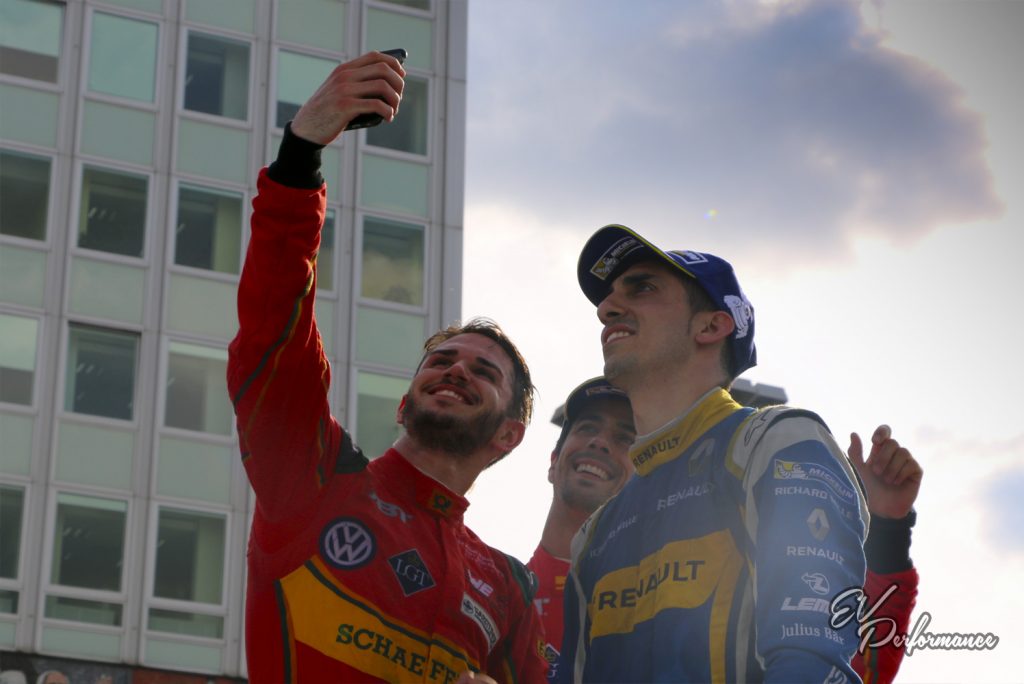 EVP: Your family has 120 years of racing history behind it, so in a sense, this is in your blood. But was there every any consideration of another career path for you? What do you think you would be doing if you weren’t racing?

“No, I wouldn’t say this is all for me, or that’s the only thing that’s good. I don’t know, I would like to do something with TV, or whatever. At the moment, I’m building a bit of a YouTube channel, and so hopefully that grows a bit. I already have some opportunities from that, so who knows what the future holds, but I’m happy with racing, so, let’s see!”

EVP: Finally, will you be offering any more FanBoost incentives this year? We’re all still waiting for the naked Taylor Swift karaoke!

“Well, first it depends on how the FanBoost is going to be next year, and how the votes are being counted, because I got quite frustrated at the end of the year with how it all worked, and how everyone was just clearly cheating. I’ve been told a few times that I was first ranked in social media votes but nowhere in the ‘cheat votes’, let’s say. Then it gets me a bit angry, if you put a lot of effort into it, and you try to push, then you lose out because some guys pay companies for it. So hopefully it gets fixed, and if it’s fixed, then I’ll for sure come up with something!”

EVP: Since you mentioned the dishonest side of FanBoost, if I can add one last question. What is your view on FanBoost? Should Formula E keep it, modify it, or remove it?

“If the fans enjoy it, I think it’s a good thing. I don’t mind if I have it or not, it’s not just about this. It’s about engaging the fans, which I think is good, but, we have to give the fans the feeling that they really can influence. Last year, I saw a lot of comments of people saying, ‘hey, we’re pushing for a driver’, and overnight another driver comes up, and all that other stuff that happened – and I think then if you do it like this, you demotivate the people that are really pushing and are really into it. So, I think if it gets fixed and has a proper way of doing it, I think it’s a good idea.”