“I’d love to get an EV, but what happens when I need to go and visit my relatives up in Scotland?!” Since we’ve been immersed in the EV world, it’s an argument we’ve heard a million times – the general public’s consensus is that current, affordable EVs just don’t cut it for 100% of their driving uses.

A car like a Nissan Leaf or a Renault Zoe sounds like a no-brainer for someone who never does more than a short run in their car. But let’s face it, no one is ever confounded to within a 40 mile radius of their house, and no one really wants to be given the choice.

Sadly, then, the rate of EV growth is growing much slower than it potentially could be (apart from with Teslas with their much more internal combustion-style range figures), as the cars don’t seem to be able to cut it for that 2% of the time potential buyers need to travel a bit further afield. 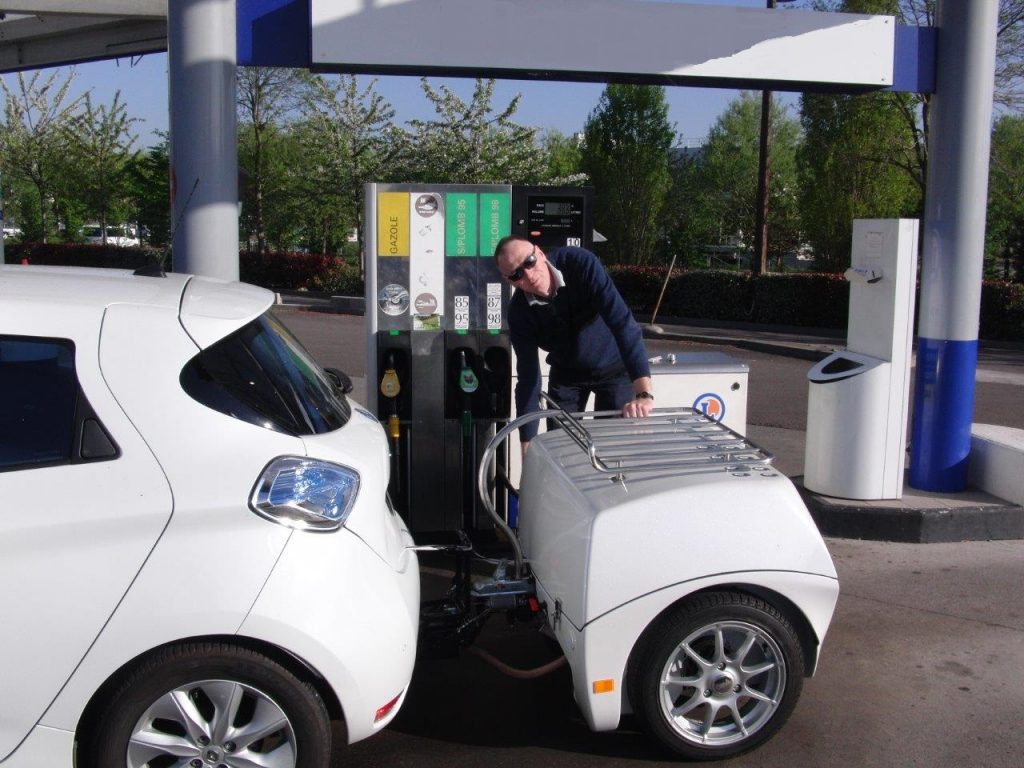 Luckily, we spotted an incredibly simple and ingenious solution tucked away in a corner of this year’s Geneva Motor Show, in the form of EP Tender: a French firm offering rental of back-up combustion engine trailers to help your EV out on longer trips.

Starting with a small annual fee to become a member, and then relatively low rates to rent the units as and when you need them (which, let’s face it, won’t be too often throughout the year for most people), EP Tender then supplies you with an easy-to-use sealed trailer unit with a small three-cylinder Suzuki engine, which charges the car’s electric motor while you go along, offering up to 600km more range for one fill-up of the petrol motor.

Think about the possibilities of this! It’s like a super-efficient plug-in hybrid powerplant, which only requires minimal petrol station stops and no electric charging time, as the car is being charged constantly. Oh, and the trailer comes with its own extra storage rack to put your rubber rings and wetsuits on for your trip, too…

Sure, you’ll look a bit weird with a little dinky trailer hanging out of the back of your Leaf, Zoe or the like, but aren’t the benefits of being able to own a fully electric car for the other 98% of the year more than worth it?

EP Tender has also patented some ingenious design features to make the whole process as painless as possible (they’ve really thought it through), such as the trailer lifting itself up when you reverse to avoid jack-knifing, along with a sci-fi fuel tank crash prevention system.

We reckon this could be a fantastic bridge whilst we wait for EVs to bump up their ranges. Oh, and there’s a tender for fuel cell cars in the pipeline too.

Check out EP Tender’s website now for news of when its products are hitting the UK, which cars it’s currently compatible with, and pricing.

Nissan Ariya has made its first public appearance, fittingly...