28-year-old Oliver Turvey stormed into the back end of the first Formula E season with a whole lot of promise for the NEXTEV TCR Formula E team.

This season’s looking even better for the young driver, who happens to be one of only two Brits currently competing in the 2015/16 championship.

We took five minutes out to chat electric cars, Honda NSXs and, crucially, what his favourite nightclub in Cambridge is…

EV Performance: How have the first two races of the 2015/16 Formula E season gone for you so far?

Oliver Turvey: The first two races of the season have been challenging in terms of performance with our new powertrain, but I have really enjoyed the races. I was pleased to move up from 15th on the grid in Beijing to finish 6th, with a strong race strategy and management of the energy through the first race. Unfortunately I had a sticking throttle on the first car in Malaysia that pushed me into the wall, otherwise we may have had a chance to score further points there.

EVP: How have the new regulations and drivers affected the second Formula E season compared to the first?

OT: The new regulations and powertrains have affected the competitive order of the Formula E field, as in the first year everyone had the same car. It’s a very competitive championship with many talented drivers so you really need everything to come together to be able to compete at the front.

EVP: How does Formula E compare to the vast amount of other race series you’ve been a part of?

OT: Formula E is an exciting series, the cars are similar to other single seaters, although the electric power gives a more direct torque on initial acceleration. The racing is very close between many talented drivers and it’s fantastic to race on street circuits in the heart of great cities around the world.

OT: Racing on street circuits is fantastic, as well as the strategy and energy management. I enjoy the challenge of being as fast as possible using as little energy as possible.

EVP: What do you think the future of Formula E will bring?

OT: I hope Formula E will help to develop electric powertrains for the car industry and manufacturers, as this will benefit everyone around the world.

EVP: Do you think that electric road cars will have the same success as Formula E over time? 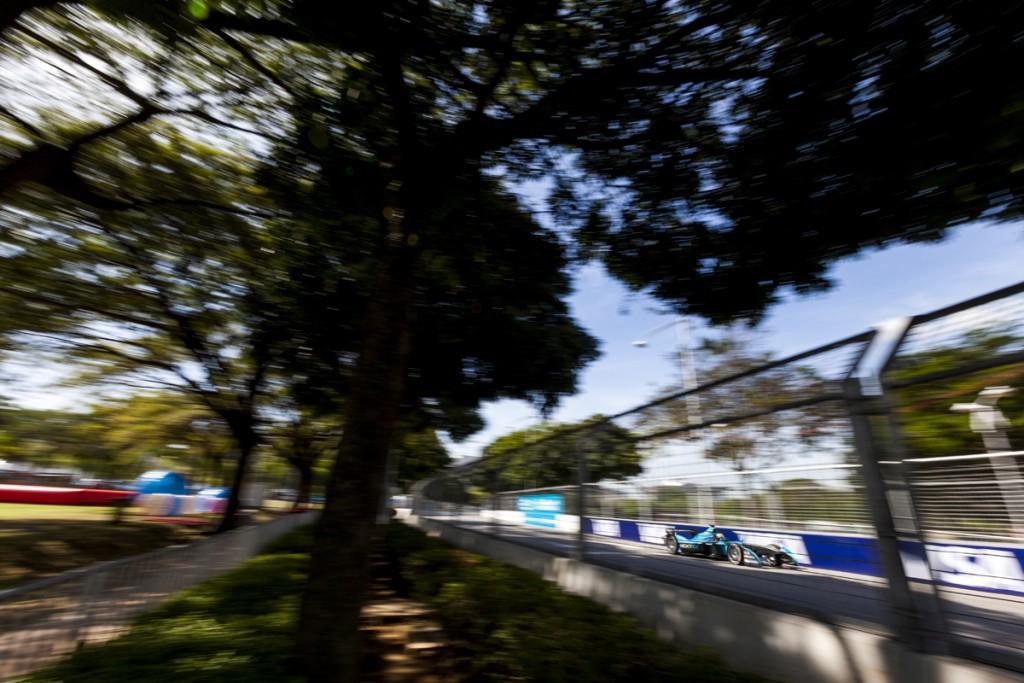 EVP: You’ve had some massive success in the 24 Hours of Le Mans lately. Do you think there’s a place for hybrid technologies in endurance racing too?

OT: Absolutely, the LMP1 cars competing for the overall victory at Le Mans are already using hybrid technology that has made them more efficient and faster!

EVP: How does your Formula E car compare to a car like your Super GT Honda NSX?

OT: They are quite different. The Super GT car has a roof and is much bigger compared to the Formula E car which as a single-seater is lighter and lower to the ground.

EVP: What’s your dream road car? (Doesn’t have to be electric)

OT: My dream road car since I was a young child has always been the McLaren F1 LM – watching it win at Le Mans in 1995 was amazing, especially as it was a road legal car!

EVP: You’ve achieved a lot in racing so far from being the first Full Blue for Motorsport at Cambridge University to winning 24 Hour of Le Mans. Where do you see your future as a driver?

OT: I am very proud to have been the first Cambridge Full Blue for Motorsport alongside my achievements in single-seaters; becoming a Formula 1 test driver for McLaren and to have taken a class victory at Le Mans 24 Hours. My ambition is to be a World Champion and to win overall at the Le Mans 24 Hours.

EVP: One of our Directors is from Cambridge and wants to know what your favourite place to go out in the city was when you were studying there?

OT: When I was actually in Cambridge and not away racing, my favourite place to go out after a formal was Cindies and I was more of a Gardies visitor!