Nissan opened a pop-up café between 16-18th December in central Paris to celebrate something of a milestone for its best-seller Leaf EV model, which has racked up more than three billion emission-free kilometers from users worldwide since its launch in 2010.

The Nissan Electric Café uniquely allowed customers to pay for their hot drinks with their own energy in several fun activities, which also provided them with a workout and allowed them to appreciate how energy can be used first-hand. 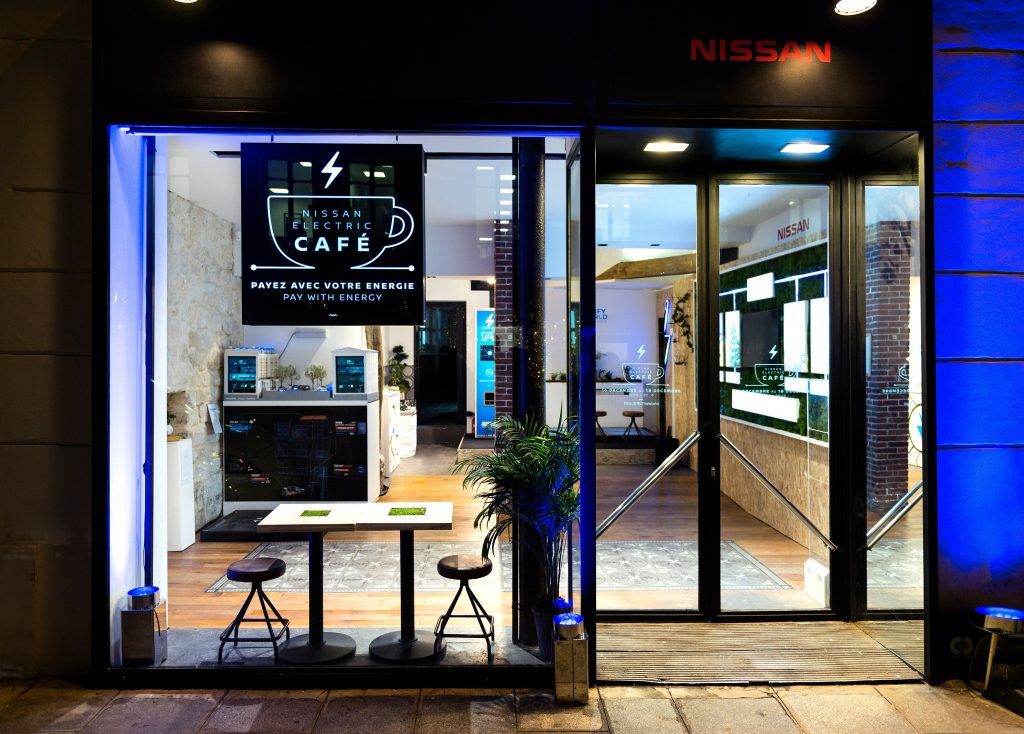 As part of its new Electrify The World campaign, Nissan teamed up with several leading tech firms to create the café’s activities, which included walking through a corridor of Pavegen electro-magnetic induction tiles, as well as a photo pod where customers were encouraged to jump on tiles to create enough power to take the digital photograph. 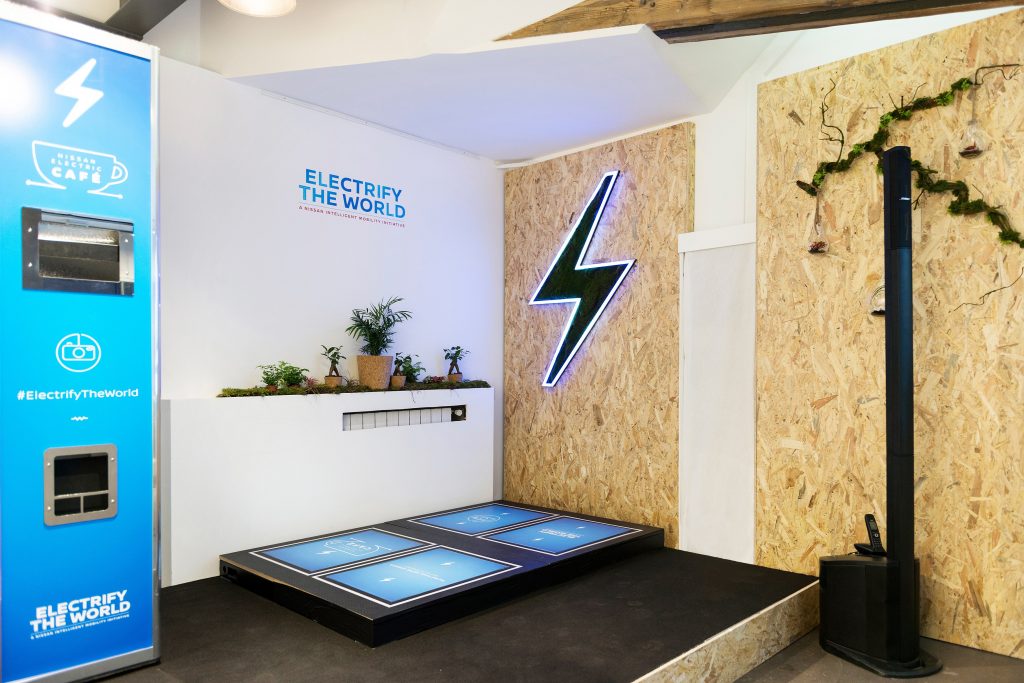 Gareth Dunsmore, Director of Electric Vehicles, Nissan Europe, said: “When we introduced the world’s first mass-market electric vehicle, the Nissan LEAF, it triggered a new wave of interest in zero emission technology and was the first step on our path to achieving Intelligent Mobility. Since then, our electric vehicles have grown in popularity and today, our LEAF customers have reached a landmark moment, having collectively driven over three billion kilometres, saving almost 500 million kilograms of CO2 emissions.”

“But electric vehicles are just one element of Nissan’s vision. Our pay with energy café is the perfect way of showcasing how we can potentially revolutionise the way in which we generate and utilise energy. We want to allow people to experience for themselves how new technologies such as xStorage Home can benefit their lives today, as well as help improve the lives of future generations.”