In the next of our interviews from Formula E’s first pre-season test at Donington Park, earlier this month, Laura Prior caught up with Antonio Felix da Costa for a chat on the pitwall, about his love for America, his feelings on working under the Andretti name, and his thoughts on his new team-mate!

EVP: So, Antonio, we’re back to work again. Hard to believe Formula E is entering its third season! Tell us, what have you been up to since London? Have you managed to have a break?

“I had in total three weeks off, but not in a row. My first week, I was a bit ill, so I was in bed! Then after that, I was good. I went back to driving the F1 car with Red Bull, I did a little show run here in the UK. So that was really good fun; it’s always cool when you bring the F1 car to the people, a little bit like we do with Formula E, and they go nuts! And so do I, you know? Every time I jump in an F1 car it’s special, so that was nice. And then back home and really switched off for two weeks. Really good weather, a bit of surfing, and just hanging out with family and friends.”

EVP: Are you feeling better now?

“Much better now! And I had the race as well, the DTM. I had two races, actually! I did my first ever GT race in Red Bull Ring with the BMW M6, and that was really good. We were very competitive, and the DTM race last week as well, so yeah – I’ve been busy!”

EVP: Now, obviously the biggest thing – you’ve switched teams! You’ve said before that you’re a fan of Indycar and America, and the Andretti’s are an iconic motorsport family. How does it feel to be a part of a team with such history?

“Yeah, even before speaking about Indycar, I mean, I’m a big fan of America, and the way they do sports in general, the way the country supports young kids to bring them into being big-time athletes, so I love that. I love America itself, and to be joining an American team with a name like the Andretti family, who needs no introduction, to the motorsport world, is really special. I’ve never hidden that I’m a big fan of Indycar, and all that, so who knows what can come up, but at this time I think it’s just time to focus on Formula E. We’ve just started now, this is our third day working together, so do a good job here first and maybe see what happens in the future.”

“It feels OK. It feels quite OK. We’ve had a few issues, but it’s good that we’re having them here, because we can fix them for the first race, so the earlier we have them, it’s good. Some of them, we even provoke the issues ourselves. So I’m very happy with the technical team behind the car – a good mixture between Americans and European people, so very happy with the package.”

EVP: One obvious visual change this year is the new front wing. I’ve been asking all the drivers, and some are saying it’s purely aesthetic, others are saying there’s some impact on downforce. What are your thoughts?

“Bit of both. There is a slight downforce. I think the idea behind was just a ‘look’ thing, to make it look a bit more futuristic, which is I think is great that Formula E is also thinking about the look of the cars. It is really important that we look as futuristic as we actually are, so that’s a great thing, and then in terms of performance, it does automatically give us a little bit more because the people who designed the car are clever guys. If they make something new, they make it in a good way. But it’s not a massive change in downforce, so yeah, a bit of both.”

EVP: Looking back at last year, I think you more than proved that season one technology was a match for the season two cars. Despite a lot of bad luck, you impressed a lot of fans with your racecraft. What were your highlights of the season?

“Unfortunately, all our highlights were never completed! We were running second in Malaysia, second in Buenos Aires, which really looked like it could be a win, and the car stopped on us. So, I mean, there was four super poles, I think that was really strong. Robin [Frijns] was a little bit of my reference, as he had the same car, and he’s a super-quick driver, and he made only one super pole. So, I think we had a strong pace in qualifying, but whenever we were up there, the car failed on us, and then whenever we had to start from the back, we also managed to come back forward, so a lot of highlights both in racecraft and in qualifying, but unfortunately never put together. We should have been on so many podiums and ended up with none. So a very frustrating season, but at the same time, the people that understand the sport and the people that are here in Formula E, they could see that I was very grateful to the team for the chance of letting me be in one of their cars. I had such a big interest from every team that, credit goes to Aguri for giving me the seat, and I am where I am now because I had the chance to prove myself last year.” 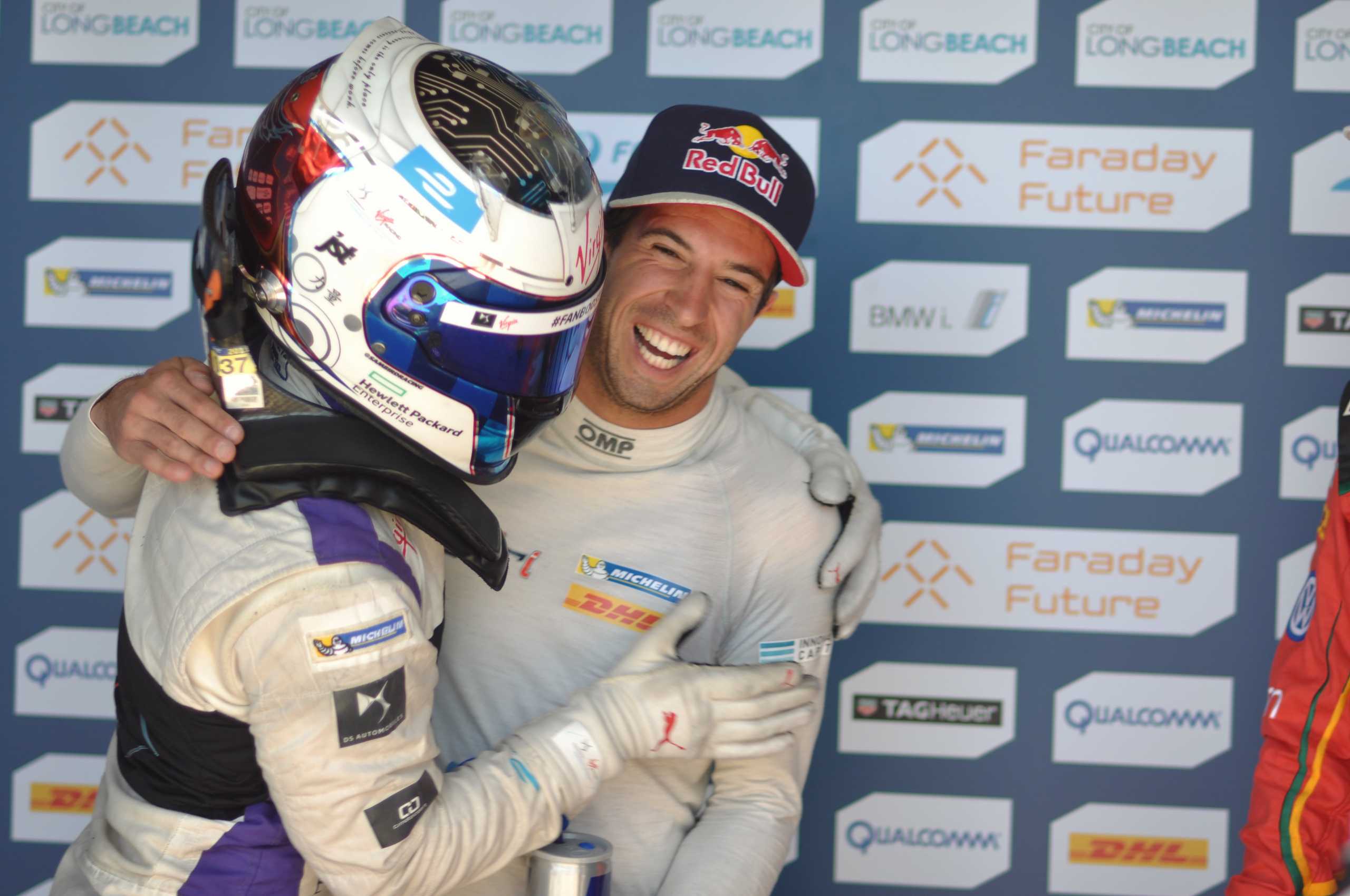 EVP: With a new season comes a new team-mate for you, in Robin Frijns. You’ve both had competitive results, despite not always having a car up to par with others. A lot of fans have been commenting on how this is a very strong driver line-up. Are you looking forward to working together and pushing each other?

“I’ve always, you know…. Robin is a hard guy to like. I say this because of what I see around me, but I’ve never had any problems with Robin or whatever, and I’ve always got along well with him. I get along well with mostly everyone, to be honest. He’s so fast. He’s one of the guys with the most pure talent I’ve ever met, and I’m grateful to have someone like him on the other side of the garage. You can combine personalities and driving styles, and together we’ll make ourselves better and the team better. So very happy with that. I don’t know about being the strongest line-up, but I’ll try and prove that right!”

EVP: Looking to this year, we obviously have a big shake up in the calendar. Are there any races you’re looking forward to this year?

“Some more than others, but the American rounds, the New York round especially. But even Canada will be really strong for us. The team is American, it’s close by, little bit of the same philosophy and thinking and the fans around, but probably New York would be a great season finale.”

EVP: And finally, I see you’re being waved back into the garage, but if you can tell us briefly, what are your goals for this season? What’s achievable for you and the team?

“Hard to tell you where we can be, but at the moment, personally, I’d like to be consistently in the points. Top five if possible, but I’m am ambitious guy, I’ve never hidden that. I fight for podiums and race wins.”