In the next of our interviews from Formula E’s first pre-season test at Donington Park, earlier this month, Laura Prior caught up with Faraday Future Dragon Racing’s Loic Duval for a chat about his season two highlights, his surprising first time in an EV, and his hopes for a Formula E race in Japan!

EVP: So, Loic – we’re back on the road again and looking forward to S3. Tell us, what have you been up to since London?

“I’ve done a race in WEC, at Nurburgring, where we finished second. Which was not a bad result, as we closed the gap with the leader of the championship – we are second in the championship – so that was positive! I did some testing for Formula E, to develop the season three car and powertrain, and but also a little bit of vacation, which I spent at home in the South of France. Now back to business!”

“I think it’s good. For sure, it’s a big improvement over last year, no question. But as you say, it’s always difficult. The reference is always Renault, but it is difficult to know exactly where you are, because we are here in Donington. The track is much longer compared to what we are used to. It’s not a race track that we are going to be on during the year; city tracks are really different. So it’s difficult, but you can see that since the beginning, we were always competitive. So far, one of us, if not both of us, ended up in the top five at every session, so it looks OK.”

EVP: One obvious visual change this year is the new front wing. What were your thoughts when you saw that? Will it be stronger against any impact, as some have suggested, or do you feel it’s mostly about aesthetic over function?

“I believe there is a little bit, but it’s difficult to know exactly right now. But I believe there is a little bit more downforce, which is different. But there are many brand new things, not only the front wing, but we have also different tyres. It’s difficult to be sure about what does what. But at the end of the day, it’s a new car, because of the powertrain, but also because of the tyres, and because of the new wing, so there’s a lot of stuff to learn and understand, to be competitive for the first race.”

EVP: Big news for the team is Dragon’s new partnership with Faraday Future. Has that come too late for any significant input into the season three car? If so, what impact do you feel it’s going to have, going forward into season four and beyond.

“Definitely too late to have an impact on the base we have for season three. But in terms of support to improve during the season, that’s definitely not too late. They will be able to help us to improve – they are already on the way to. It’s really positive, but the effects are going to be felt more in season four.”

EVP: With Faraday making their name in the EV field, and Formula E pushing the development of electric road vehicles, and popularising them with the public, I have to ask, do you remember the first time you drove an electric vehicle, and what your thoughts were?

EVP: Looking back, there were some good results for you last year, just missing out on the podium several times. Despite some bad luck towards to end of the year, were there any highlights of last season for you?

“We had a good start of the season. For me, even though it didn’t end up like I wanted, the highlight is Malaysia, because we were leading the race until the pit stop, then , and we had a really bad pit stop. I came back from fifth to second, and I was close to Lucas for the win until we got the problem with the dampers, two laps before the end, so I think this was really our race weekend. It didn’t work out, but yeah, let’s say the first half of the season also – Punta del Este, stuff like that – that was really positive. Unfortunately, I think when we had the chance to be on the podium and to win, we’ve been unlucky. So it was a promising season after the first few events, but it was full of frustration also, because we could have done a little bit better.” 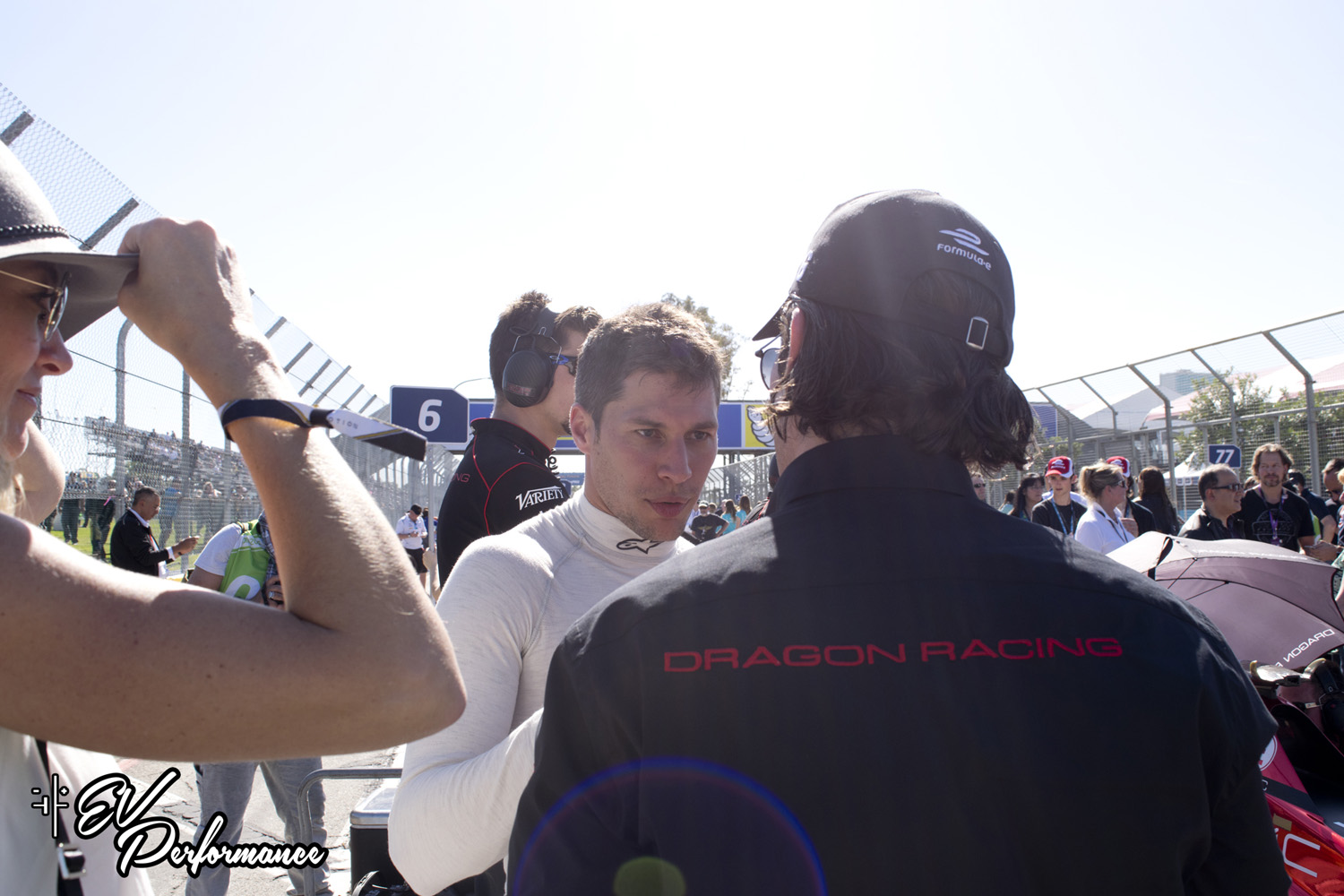 EVP: Moving forward to this year, the calendar has changed significantly. Montreal in, NYC finale, back to Monaco, Marrakesh. Some cool destinations! Any race you’re particularly looking forward to?

“Actually, all of them! I’m really excited about the championship, about the way it is. To go in such nice cities around the world, and for sure it’s going to be exciting to go for the first time in Hong Kong, in Marrakesh, Montreal, New York, and stuff like that. But even so, the rest of the season, going back to Paris, it’s going to be a really good championship, with really nice destinations, and I’m looking forward to doing all of them.”

EVP: Hard to believe sometimes that drivers haven’t been everywhere in the world, but is there anywhere you like Formula E to race? Perhaps somewhere you’ve raced in another series you think would suit Formula E?

[immediately] “Tokyo! I’ve been racing in Japan for years, and I admire the motivation that they have for motorsports, and the way they follow it. They have really important car manufacturers, Toyota, Nissan, Honda, and I’m sure it would be a success, and racing in Tokyo would be fantastic. I lived over there for six years, so it would be good.”

EVP: One of the other aspects of FE that creates a lot of debate and criticism is the FanBoost. I wanted to ask your thoughts. Should we keep it? Would you change any aspect of how it works?

EVP: Finally, what are your goals for this season? What do you think is a realistic achievement for you and Dragon, as things stand?

“To be more often on the podium! I believe there is a chance to be on the overall podium at the end of the season. To win races also, as I think we are in a better shape than last year. I see a lot of work ahead, definitely, but so far it seems promising. Jay [Penske] put a lot of effort into the team, in the project, and with Faraday Future we have more experience. The organisation is getting better and better, so I really hope we can improve.”