It was all going so well for Lucas Di Grassi. Some serious decision making throughout yesterday’s frantic Mexico ePrix scored him a spectacular win, but this morning we learn that it’s sadly all been taken away from him, handing victory to Jerome D’Ambrosio.

Di Grassi’s Abt Schaeffler car that he used for the first part of the race, was found to weigh 886.2kg, 1.8kg under the 888kg minimum. Abt has decided not to appeal the decision.

The decision means di Grassi is now 22 points behind Sebastien Buemi, who is promoted to second place. Nico Prost moves up to third, and the Renault e.dams driver also gains two more points for setting the Visa Fastest Lap after D’Ambrosio’s best effort was removed for being set while cutting a chicane.

Loic Duval remains classified fourth but was handed a 15-second penalty for repeatedly cutting the chicane and then ignoring the black and white flag he was shown for this offence.

Robin Frijns is promoted to fifth, Sam Bird to sixth, Daniel Abt to seventh, Nick Heidfeld to eighth, Stephane Sarrazin to ninth, while Bruno Senna now collects the final point in 10th.

We’ll see you in a few weeks for LA’s Long Beach ePrix! 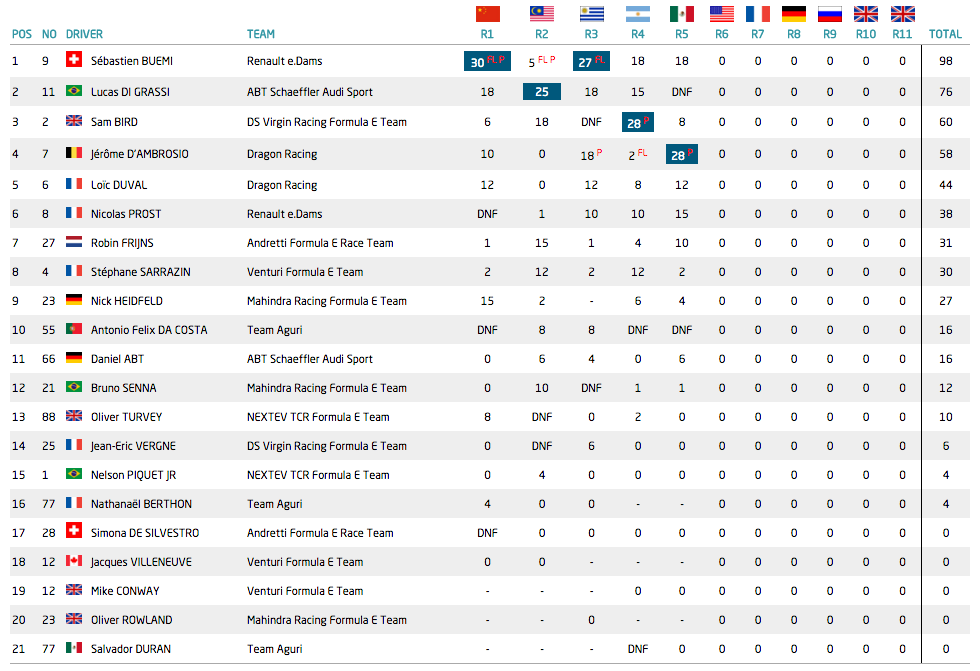