As always, Sophie Barker brings you her take on the latest Formula E race…

The Mexico race was certainly very hyped up and boy, did it live up to the fans expectations!

After qualifying badly, Sebastien Buemi was starting at the back of the Super Pole train in P5. Daniel Abt made his first top 5 appearance this season, starting P4 with teammate Di Grassi just in front of him in P3.

But Jerome D’Ambrosio was our pole man and all eyes were on him as the lights went green and he floored the throttle. He kept the lead into turn one, whilst Daniel Abt set the rockets on his rear wing off and tried to pass Di Grassi into the tight first chicane.

Abt didn’t manage to pass, but he caused a slight concertina effect as the cars had to dramatically slow down and pull of some fancy moves to not hit the car in front. Jean-Eric Vergne started in sixth, but after a few corners had been demoted ten places to sixteenth. After his mishap he decided to take a quick trip across the chicane for good measure. 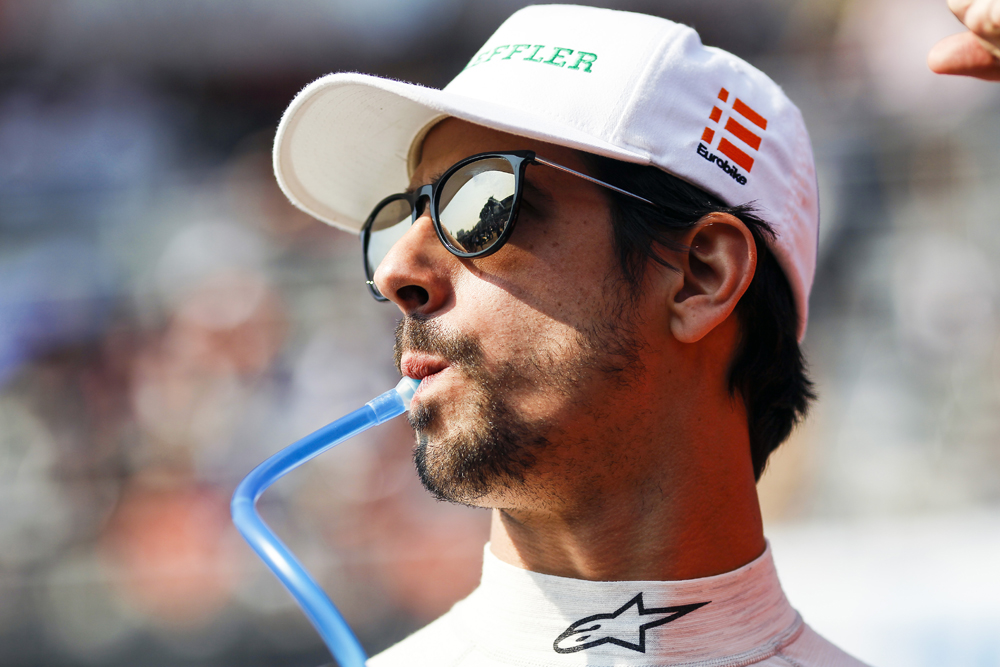 Jarno Trulli’s memory lived on in Heidfeld as a small train began forming behind the Mahindra driver. At the same time, Daniel Abt went straight on at the second chicane, leaving the door open for the ever-imposing Buemi. It wasn’t long before he passed the Abt car and was chasing down Di Grassi. Until the pitstops, Daniel was holding onto the top 5 train for dear life.

After serving that he was a lap down alongside Vergne, both of which were just out there for the fun of it. Lucas Di Grassi gave us all something to shout about when he went on at the second chicane, just holding onto his position as Buemi wasn’t close enough to overtake.

So, Da Costa’s day got even worse. Yes, that was possible! The majority of his front wing had come away after contact with something or someone. After another half a lap he was shown the ‘Meatball Flag’ and was forced to come in and have the car fixed. Despite there being barbecues in the pits there was no food waiting for him in the garage.

By this time, Lucas had really closed on the e.Dams of Prost and very nearly ended up inside the rear of the blue and yellow car. Antonio was collecting every penalty possible in Formula E. After emerging from the pits a lap and a bit down he was given yet another penalty for not respecting the track limits and gaining an advantage. It just wasn’t his day.

On his pit-in lap, Di Grassi shot up the inside of Prost for second place, snatching it away before heading into the pits with the top 5 drivers. D’Ambrosio came back out in the lead with Di Grassi closely behind then Buemi, Prost and Abt. Essentially they had all come back out in the order they had gone in which is unusual for Formula E. 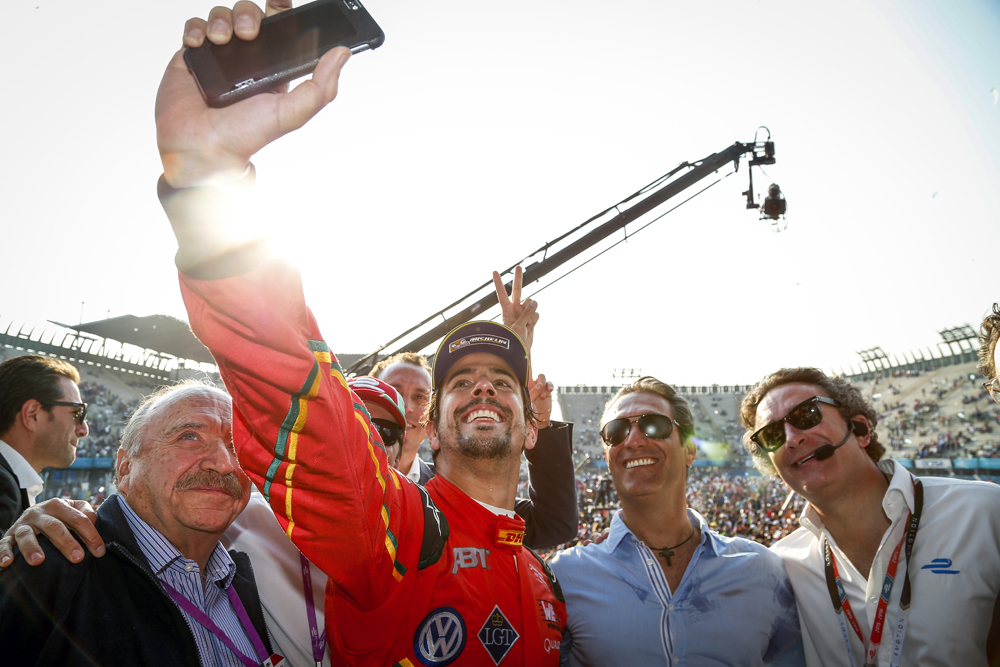 Having won the #Fanboost alongside Vergne and Duran, Lucas made the decision to use it to pass Jerome. After a tidy yet forceful move around the Belgian he was into the lead of the Mexico ePrix. And this is where the fun began…

D’Ambrosio seemed to be losing a lot of momentum and was being hounded by Buemi. Only, he wasn’t as easy to pass as he would have hoped. Buemi moved to the outside of the Dragon, hoping to go around the outside, but Jerome moved back to the middle of the track as the e.Dams driver swerved left, hitting him in the rear. It was a light tap, but it gave them both minor damage.

After yelling angry,s tressed rapid-fire French to the team, he went to squeeze up the inside of the Belgium who gave him just enough room but not enough to get by. As this battle was going on, Buemi’s teammate, Nico Prost, was under investigation for an unsafe pit release.

Back to the action. Buemi cut the chicane to pass D’Ambrosio. After being told to give the position back, he waited, slowed down and Nico Prost went to overtake. After Prost got by, Buemi was so riled up the he didn’t notice Abt pass. He cut the chicane yet again to take back the two places as he should have been in P3.

In all the carnage, there was some rather colourful language from both Buemi and D’Ambrosio. As all the was happening, Da Costa went backwards into the wall at turn seven and Di Grassi had a ten second lead.

Nico Prost was eventually handed a penalty for the unsafe pit release, putting Daniel Abt into P4. Onto the last lap, Buemi had basically give up on passing D’Ambrosio and accepted P3. Despite him being pretty much on his own, Daniel Abt was found in one of the barriers. His front wing and wheel pods were practically falling off the car but he managed to come home in P8 and scrape together some much needed points.

Now, Di Grassi came across the line first, but after the cars had been checked, it was found that his car was under the minimum weight required at the track. So the win was handed to D’Ambrosio with Buemi second and Prost third.

So, can Abt come back on top in Long Beach? Or will Buemi dominate again? Find out…