Our prayers have been answered!

We’ve been warbling on for years now about how there’s been a distinct lack of small, fun electric cars to bolster a cool, youthful appearance of these future-fuelled machines. As a result, mentioning the term ‘EV’ to most will still conjure up one of two distinct images: a green-conscious milk float-style vehicle, or a super-expensive, highly unachievable electric supercar.

But finally, FINALLY, Renault has attempted to fill in the gaps by unveiling an EV hot hatch concept at this year’s Geneva Motor Show, in the form of the Zoe e-sport. Strictly a concept car for now, the pumped-up version of the popular electric supermini ticks all the right boxes for us here at EV Performance towers. Time to get more excited about EVs…! 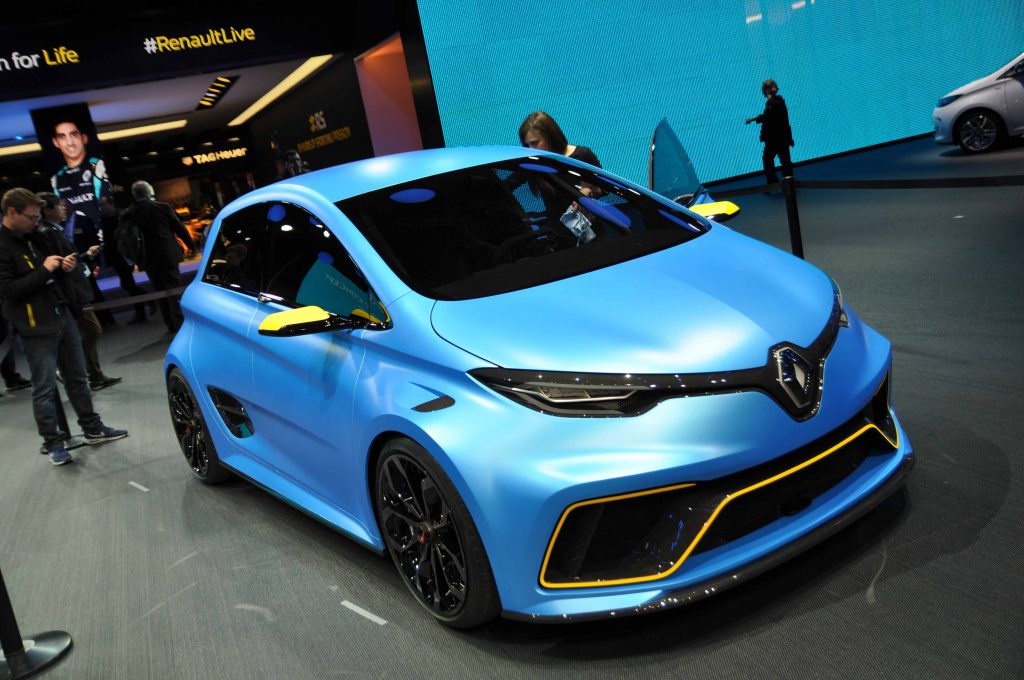 The pocket rocket draws tech straight from the championship-winning Renault e.dams Formula E machines, including the space-age controls in the Recaro-clad cockpit and an air-and-water cooling system to keep the batteries in check.

460bhp is on tap thanks to two 170kW motors (one and the front; one at the back), allowing the e-sport to sprint to 62mph in 3.2 seconds (with 130mph achieved in under 10 seconds). Weight is kept in check with a carbon fibre construction allowing the car to tip the scales at 1400kg – a pretty mean feat for a fully electric car. What’s more, because of the car’s competent battery/motor combo, the Zoe’s NEDC range is 250 miles. 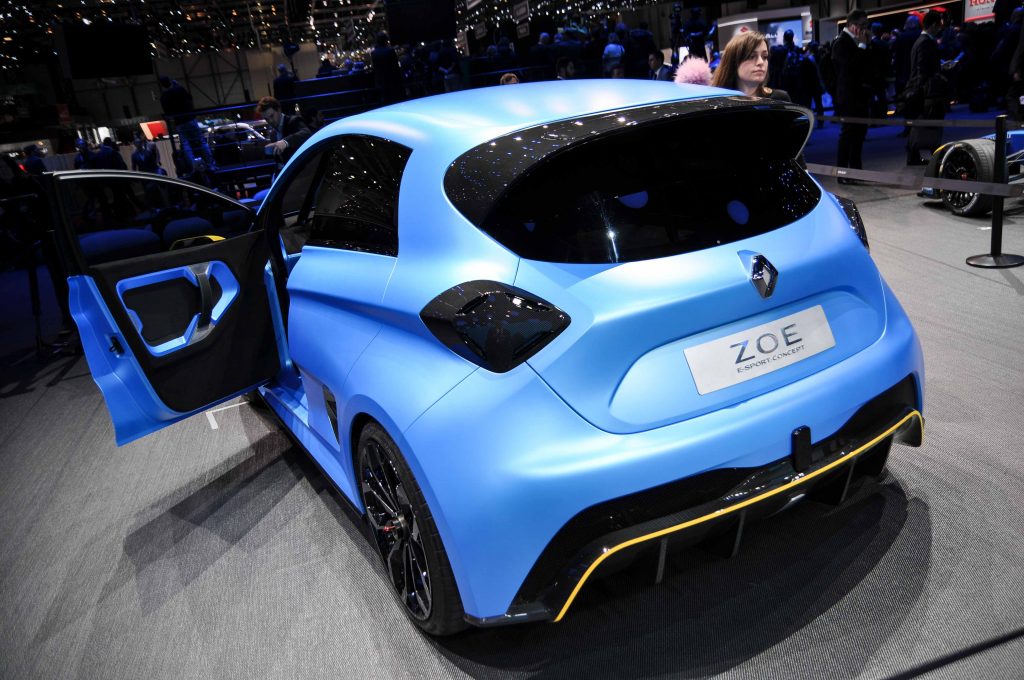 “The brief for the Renault ZOE e-sport concept couldn’t have been simpler: ‘Have fun!’. So we came up with something midway between a production model and a racing car… It’s perfect for lovers of extreme driving sensations!” said Stéphane Janin, Director of Concept Car Design for the firm.

Although it might be a million miles away from a production model, it’s absolutely fantastic to see a firm such as Renault addressing the fun side of electric cars. It’s all too easy to be overwhelmed with range statistics and kW figures in this crazy world of electric cars, so it’s nice to see some serious hints at performance models potentially being in the pipeline in the coming years.