Welcome to Taiwan, a country which among other things boasts the highest scooter density in the world. Spend just a short while in any of the country’s major cities and you’ll quickly realise that almost every individual capable of riding a scooter does so. To the vast majority, the scooter provides inexpensive freedoms, especially when combined with the super cheap local fuel costs. So far so good then, or is it? Factor in sacrifices in the form of noise and air pollution and suddenly the thought of swarms of petrol powered hairdryers gathering at every red light, like shoals of toxic fish, sounds a little less desirable.

Scooter manufacturers have and continue to make conventional electric scooters, but these have proven rather unpopular mostly due to the hindrance owners face when having to plug their scooters in to a power source to charge their batteries. Why should they put up with the inconvenience when they could just pop down to their nearest petrol station and pay relatively very little to fill up on unleaded?

How then, can the general public be persuaded to leave the gas behind and instead choose something a little greener? Well, allow me to introduce Gogoro… 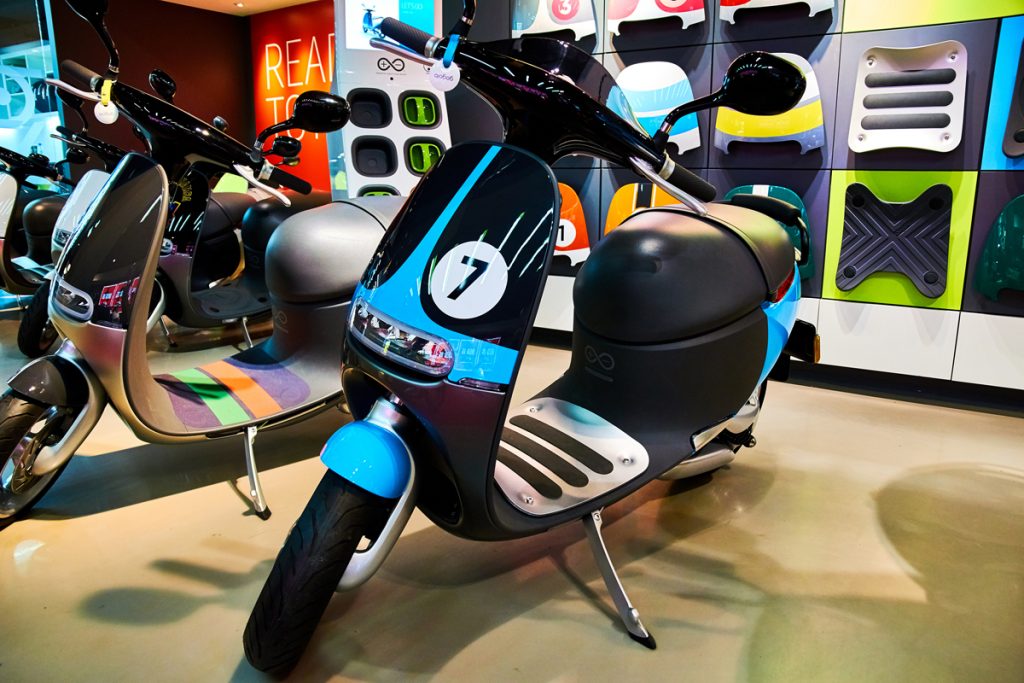 Founded in 2011, Gogoro has set out to trendify the way people perceive the electric scooter. Take a look at the colourful, curvaceous, LED-laden Smartscooter, which was released in July 2015, and it’s clear to see that Gogoro has tried to create a bond with younger riders. One potential customer I spoke to proclaimed it ‘the iPhone of the scooter world’, and with over 8,000 units selling in the first year, it seems to be working. The Smartscooter offers a range of features designed to appeal to hipsters, such as interchangeable body panels, which work in a similar way to covers used to customise our smartphones.

I should at this point mention that the Smartscooter is actually available in three variants, titled Gogoro Plus, Gogoro, and Gogoro Lite respectively. Although all three do share identical running gear and are essentially the same scooter, each step up offers an increase in additional features, which I shall explain in detail in a later article.

These features are all very cool and all do their part to attract fashionable customers, but it’s unlikely that they’d persuade the masses alone. So, perhaps what is by far the most exciting feature of the Gogoro Smartscooter might do it then. Gogoro has designed a battery system by which customers technically never need to charge their batteries. This is because unlike more conventional electric vehicles, you don’t actually plug the Smartscooter in to charge. Instead, you simply remove the two Panasonic “Smart Batteries” and plug them into one of many kiosks (officially called GoStations) across the Gogoro Energy Network. Once the batteries have been deposited into the GoStation, the user simply waits for 6 seconds, and voila, two replacement fully charged batteries pop out in return, leaving the user free to carry on their journey with minimal disruption.

Fresh batteries last for up to 100km before they need to be exchanged, which should be more than enough for zipping around the city for a while. That’s not all though. There’s a reason the batteries are called ‘smart batteries and indeed it’s the same reason this product is named the ‘Smartscooter’, and that’s because every detail about the user’s journey, such as speeds, battery consumption rates, system faults etc, gets recorded to the batteries, which is then relayed to Gogoro users via a smartphone app. The app can also be used to search for nearby GoStations, manage payment plans, and remotely control some scooter functions, such as opening the storage compartment. 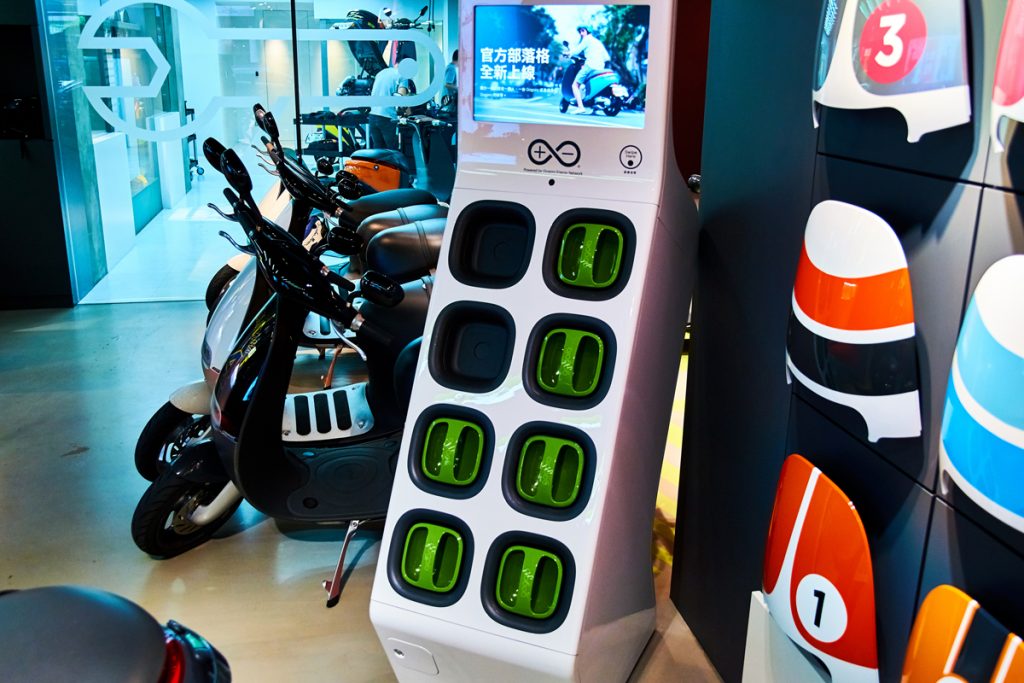 Extra features are great, but they usually come at a cost, so now for what many would consider the most important factor… the pricing. The cheapest option, the Gogoro Lite Smartscooter, is currently on sale in Taiwan from NTD88,000 (£2,100), while the middle option, the Gogoro Smartscooter is selling for NTD98,000 (£2,335), and the premium Gogoro Plus Smartscooter is retailing at NTD108,000 (£2,575). It’s worth mentioning though, that at the time of writing, the Taiwanese government is offering a NTD25,000 (£595) subsidy on domestic purchases, which reduces the retail price significantly.

So that covers the initial cost of the scooter, but what about the ongoing running costs? Since Gogoro has decided on an unconventional battery charging method, it also had to come up with an unconventional payment system to match. The Gogoro Energy Network seems like a neat idea, but it relies on having customers sign up to a sort of subscription service, similar to a mobile phone contract, in order to use it. The user pays a monthly fee, which provides a certain amount of kilometres to use before the month is up. If the user happens to go over their monthly limit, then the additional kilometres are charged at a rate according to their plan. As a pretty big bonus, most plans also include all service and maintenance costs, making even the most basic plan great value for money. Servicing and repairs are all done in store, in an environment which somewhat resembles that of an Apple Store, rather than that of a workshop. Yet another hint at who might be Gogoro’s target audience.

Unfortunately, at the time of writing, Gogoro is only selling the Smartscooter in its homeland of Taiwan. However there may be hope yet, as Gogoro do plan on casting their net further afield in the not too distant future. Jessica Chuang, PR for Gogoro, told EV Performance “We’ve received lots of inquiries and co-op opportunities from abroad, Europe is definitely one of the most active areas, and indeed currently we are discussing with a few parties in Europe.” So hopefully it won’t be too long before these scooters of the future start to appear near you!

In the meantime why not check out the Gogoro website for more information!