Ironically, he’s probably got a lot to do with the current trend of huge SUVs after rocking around LA in a selection of Hummers for the past few decades, but it seems like doing his spell as the Governor of California has really changed our hero Arnold Schwarzenegger.

Today, it’s been unveiled that a firm from his homeland of Austria, Kreisel Electric, has created Arnie a fully converted G-Class EV to fill his craving for beastly 4X4s while keeping up with the cool kids in SoCal by not kicking out any emissions. 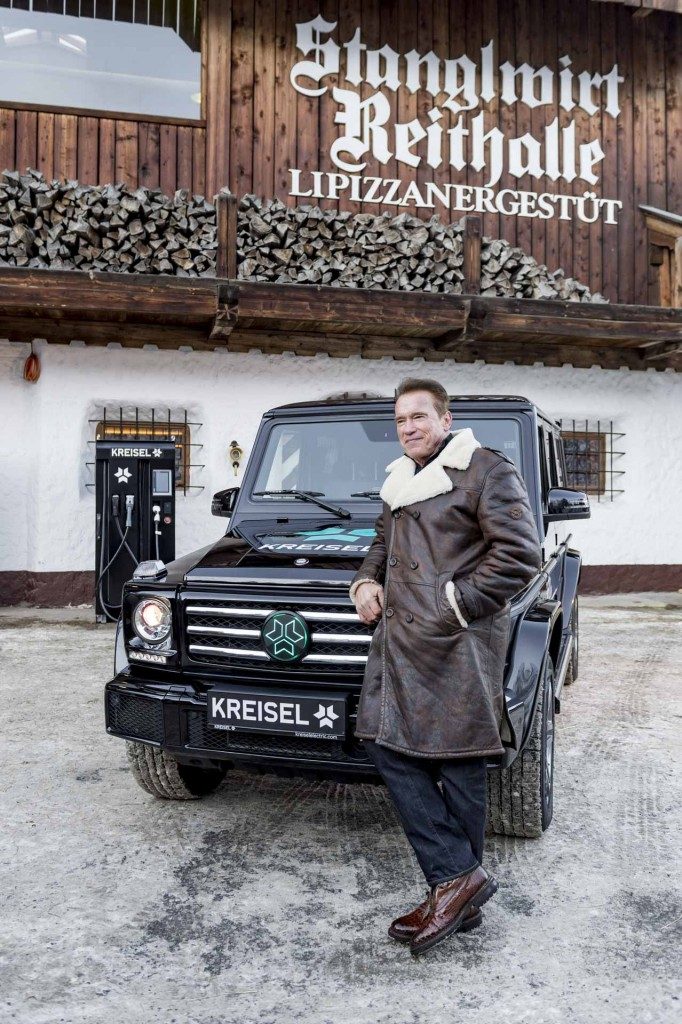 If people also follow suit with Arnie’s latest move, it could be fantastic news for the world of electric cars. Kreisel has also got behind some other cutting-edge conversion projects in recent years, from go karts all the way up to Porsche Panameras.

For now, though, we’ll let Kreisel do the tech talk on Arnie’s new whip, before he unveils it properly in LA later this year:

The electrified Mercedes G 350 d convinces with a realistic electric range of 300 kilometres with a single power-charge. The high-performance batteries are built into the car with a capacity of 80 kWh and an overall weight of 510 kg. The Kreisel batteries are distributed in the car: under the bonnet, in the rear, where it replaces the fuel tank and underneath the entry. Kreisel has not made any compromises when it comes to comfort functions, such as off-road capability and gradeability.

Several electric motors with reduction gears have been fitted directly onto the transfer gearbox while the main gear unit was eliminated. The powerful electric vehicle puts 360 kW (490 PS) on the road and reaches a maximum speed of 183 km/h. 100 km/h can be reached within 5.6 seconds. In just 25 minutes the e-car can be fast-charged up to 80 percent of its full capacity. 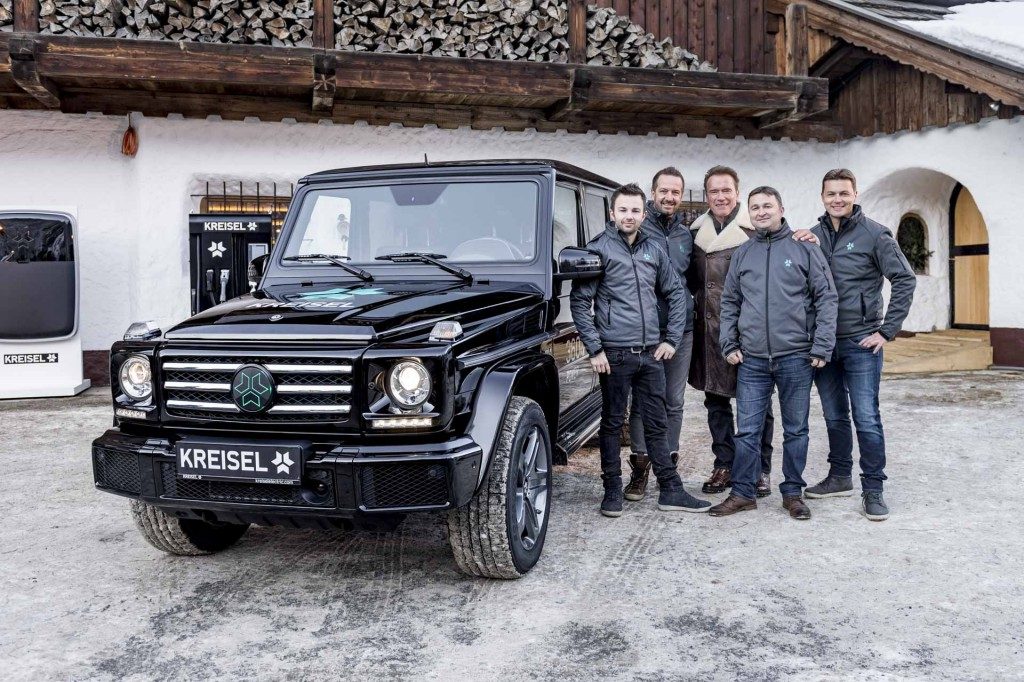 After turning heads with their electric Porsche 911 Everrati...
E-Garage

We head to LA to bag the UK exclusive on the electric car everyone is talking about...