“Transportation will change more in the next decade than it has in the past 50 years and we’re prepared for that change,” Jaguar boldly explains while unveiling its new performance electric SUV concept today – the I-PACE Concept.

And let’s not beat around the bush here – this is no dreamy idea into a manufacturer’s future we may never see on the roads. This striking car promises to be very close to the production model Jaguar says we’ll see hit production by 2018. 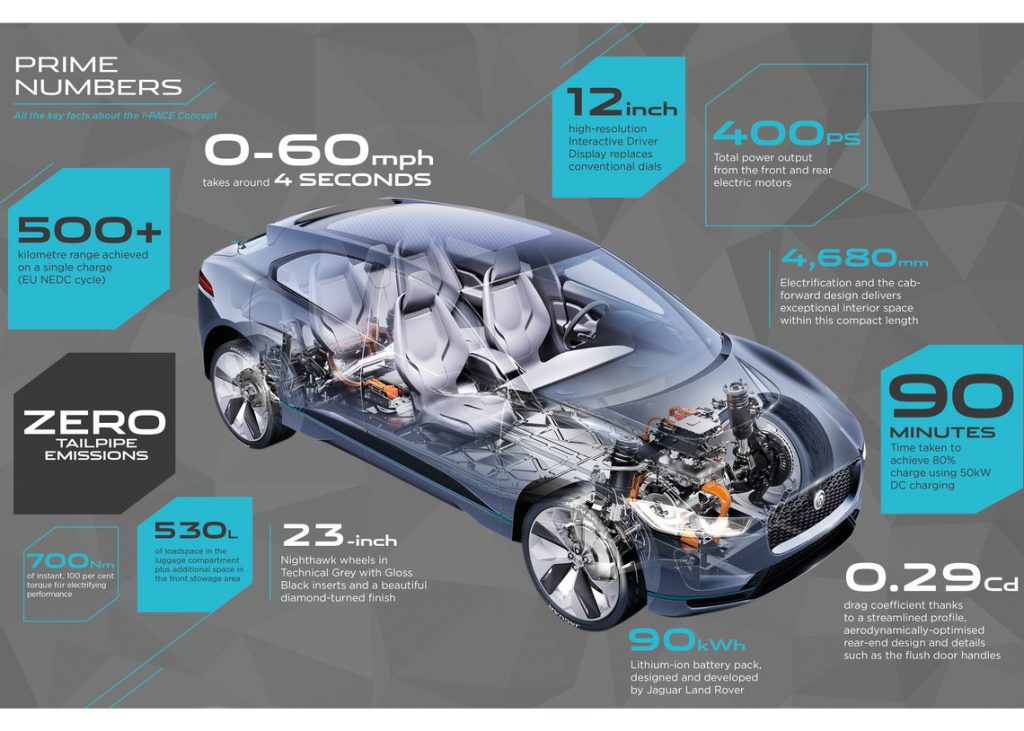 Aiming its sights at the Tesla Model X from the word go, Jaguar Land Rover (JLR) has some pretty impressive claimed figures to go with this rather impressive looking EV. Over 500km (310 miles) of NEDC-approved journey distance thanks to 50kW DC charging means the car will trump Musk’s SUV by around 20 miles. And with a 0-60mph time of “around four seconds”, it probably won’t be too far behind the Model X in a drag race, either.

JLR has been rumoured to be working on electric road cars for a while now. And with its introduction to this year’s Formula E season, our thoughts were somewhat cemented. Jag’s Director of Design Ian Cullum is quick to explain how although the I-PACE will be a departure from Jaguars of the past, it still remains fundamentally what the company is all about – having fun whilst driving. 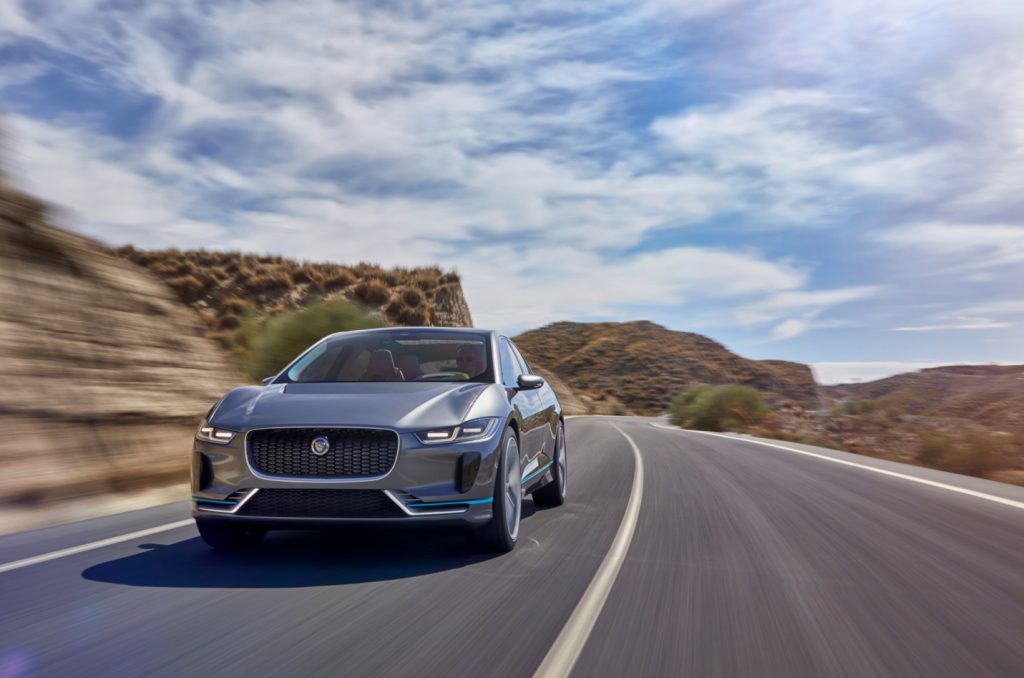 “People tell me they think the car is going to change,” he starts. “Well, as long as we’ve got eyes in our heads and sit the way we do in cars they’re not. What changes with a battery electric vehicle is the absence of mechanical machinery sitting in particular places. That’s the opportunity.

“I think what’s really great about this car is that we didn’t set ourselves any rules. Don’t try and make it look like an F-TYPE or give it an E-Type boat tail because that’s nice to have. Just accept the fact that this is a whole new vehicle and takes Jaguar’s rules to a whole new level.”

With a tonne of new tech promised to be packed into this futuristic EV, we’ll bring you the very latest as and when we have it…