Venturi team founder and all-round good guy Leonardo DiCaprio has been revealed as the chair to the Formula E’s newly-formed Sustainability Committee today.

This body will focus on Formula E’s contributions to promoting the mass use of electric vehicles, focusing particularly on urban mobility. The long term imprint of Formula E on the cities where it races, in both infrastructure and education terms, will be also a focus point of the committee.

As a forum for major global corporations who are all linked by a common concern for sustainability, the committee will drive a greater level of social responsibility in how they do business. The committee will meet to exchange ideas on how to tackle some of the world’s most pressing environmental issues.

Mr DiCaprio will be joined on the committee by the CEOs of the Championship Partners and Shareholders, as well as Alejandro Agag, CEO of Formula E Holdings.

The primary goal of Formula E – the FIA global electric racing championship – is to promote electric vehicles with the purpose of changing the perception of electric cars and to promote new technologies for cleaner mobility. 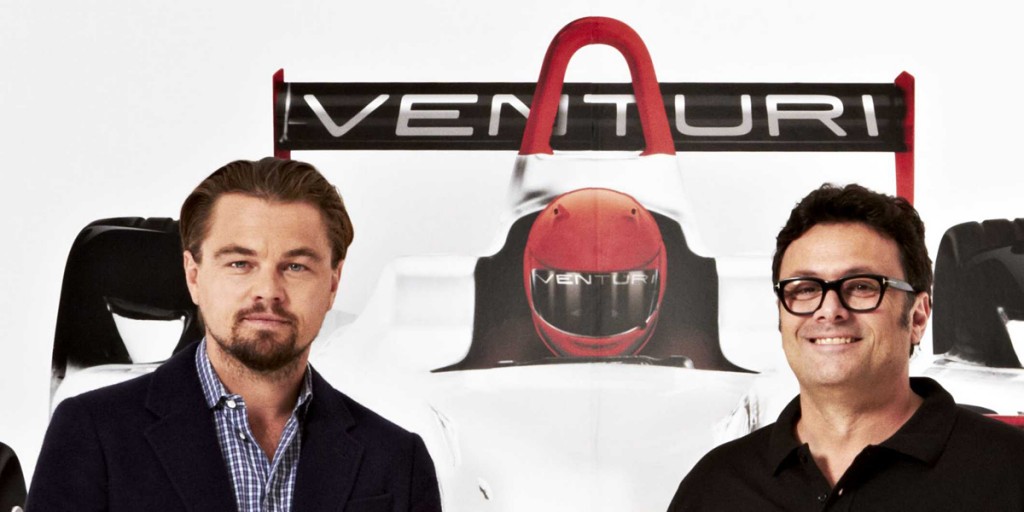 Ahead of his Foundation’s successful fundraising Gala in St. Tropez, France – sponsored by Julius Baer – Mr DiCaprio spoke with Alejandro Agag about his support for Formula E and his environmental activism.

AA: Leonardo, you’ve been an active environmentalist throughout your career. Why?

LD: I was awakened to the severity of these issues in late 1990s when I met with then-Vice President Al Gore at the White House. He and I spoke for an hour about climate change and how it was, and is, the biggest challenge facing our society for the next millennium.

Al Gore inspired me. I decided then and there, that I wanted to be part of protecting our planet by investing my time, energy, and voice to raise awareness of climate change and the many ways humanity is impacting our environment. In a nutshell – I believe this is our moral duty.

Since the 1990s, I have been working on the ground and on the world stage to bring attention to these issues. As I said at the UN Climate Summit last year, I’m deeply convinced that none of these issues are rhetoric and none of it is hysteria – it is fact.

AA: You created your Foundation – the Leonardo DiCaprio Foundation – a year after Titanic came out, and since that time you’ve supported 70 projects in over 40 countries and in every ocean, and just recently you donated $15 million to a wide variety of environmental initiatives. What’s next?

LD: My Foundation focuses on raising awareness and funds to fight some of the most pressing environmental challenges facing the planet.

Our work reaches every corner of the globe – from the Arctic Sea to Africa and the Amazon. We also have active preservation efforts underway in every ocean. Our model goes beyond simply writing cheques and hoping to solve these problems. We actively support real projects, led by environmentalists and community leaders on the ground that do an incredible job, often under very difficult circumstances. We look forward to quickly scale up this work and support more and more projects into the future.

Everyone needs to take action. I believe all of us, regardless of our socioeconomic position or regional differences, can and must do something to preserve our environment – whether it’s big or small.

AA: Last year, you urged world leaders at the UN Climate Summit to address “the greatest challenge of our existence on this planet.” What tools are you using to continue to get this message across?

LD: We must keep the momentum going, and I am using every platform at my disposal to urge action on these critical issues.

Social media has been a powerful tool for promoting eco-friendly causes and keeping your base activated – not just on occasions dedicated to the environment, such as Earth Day. It’s every hour of day that our planet is being destroyed.

Film is another tool. In 2014, I narrated a documentary “Carbon” – which gave viewers tremendous insight into the devastating impacts of climate change. Recently, I’ve been working alongside Netflix to produce important environmental stories. For example, “Virunga” is a documentary that shows the need for the protection of mountain gorillas in Africa’s oldest national park, while exposing the harsh realities of life in the Congo.

I also take to the streets for old-fashioned activism. This past year I marched during New York City’s People’s Climate March, which coincided with the UN General Assembly to draw attention to the numbers of people standing in solidarity with our environment and to pressure government leaders to finally commit to a strong global treaty to address climate change.

Whatever tools I use, this is not about just telling people to change their light bulbs or to buy a hybrid car. My goal is to communicate the fact that our planet is at a tipping point, and the window for change is rapidly closing.

AA: What role can technology play to help us address our environmental challenges?

LD: Our planet offers limitless renewable energy sources.  Technology has been the missing link for making this energy viable and competitive with fossil fuels, but today we are finally ready to make the transition to 100 per cent clean, renewable energy.

Technology is a catalyst for disruptive innovation in every facet of life, especially in the areas of smart and sustainable cities. For example, I’m excited by one of the most recent announcements of disruption to the future of energy by Tesla’s “Powerwall” battery, which provides power storage to individual homes.

The pace of change is unbelievable. As Nelson Mandela said, it always seems impossible until it’s done. Ten years ago I could never have imagined charging my car without even plugging it in. Or shopping while my car is quietly topped up remotely by the space it’s parked on.

Projects like Formula E act like technological laboratories to accelerate innovation. For example, the battery duration of EVs will be increased thanks to the Championship. The trickling down of technological developments to consumer level and mass adoption will make a huge difference.

AA: We all have a role to play in sustainability: governments for policy, businesses for innovation and investment and citizens for everyday local action. What’s the big thing that’s going to make the change/change the dial?

LD: Change comes with participation from every level. When envisioning the cities of the future, governments, for example, have a large role to play in sustainable development. However, in the medium term it will be difficult to sustain city centres to allow for combustion cars.

Governments will be the key to transforming our city centres into “clean only vehicle” areas. To begin, it will probably just need to be inner city centres, but gradually the entire city should be open only to sustainable vehicles. Car sharing will be also be an important part of this revolution and technology, together with regulation, will be an essential part of this change.

AA: What impact do you think the Formula E Sustainability Committee will have?

LD: Climate change is both a moral and business imperative. The committee, by uniting the top 10 global mobility and innovation players on the subject of sustainability sends a clear sign that we are on the frontlines of helping to solve the climate crisis. Formula E provides these players with a strong collective global voice.

Sustainable business is the way of the future. I applaud companies like Formula E, for launching a global electric car championship, and Apple, who operates on 100 per cent renewables in the US, and Warren Buffet’s Berkshire Hathaway Energy that is ditching coal in favour of renewable energy sources.

AA: Why have you decided to support Formula E?

LD: I first heard about Formula E in New York over three years ago when it was just an idea. Since then, I have supported the championship and I’ve been amazed by how far it’s come in these first few years. Some were critics and believed Formula E would fail, and I think you and your team have done an incredible job proving those critics wrong and making your vision a reality. Formula E really can be a powerful tool to change people’s perception of electric cars.

I also was drawn to the fact that that Formula E only races in city centres. I’m concerned about cities. They represent an environmental time bomb. In 20 years, 80 per cent of the world’s population will live in cities and this means a constant and growing demand on already dwindling natural resources – more than the planet can possibly handle.

Cities of the future need to be smart and sustainable. Technology will be key for this. One of the most important ways to reduce pollution in cities is through investing in smart transportation solutions. This is where electric cars come into play, because the more electric cars on the road, means improved air quality to benefit both people and the planet.

I dream of these cities, where people and transportation are interconnected and wisely use sustainable, available natural resources such as solar energy. That is a future worth fighting for. Projects like Formula E will help make this come true.

LD: The first the general public knew about my green credentials was my appearance at the Oscars at the wheel of a Toyota Prius. I’m constantly photographed when I leave my home – so this is a creative way that I could showcase my commitment to being an environmentalist.

I believe it is important to endorse new technologies that are trying to make a difference. The future of our planet depends on our ability to embrace solutions like fuel-efficient, clean-energy vehicles.

The best thing about electric cars is the way they sound – the way it drives and the ease. They’re also fast, easy to use and very cool. You just plug it in every night like you would your mobile phone.