Remember the Lexus hoverboard? The one which everyone thought must be a hoax, but turned out to actually be the real deal? Well, the firm didn’t leave the showing-off there, as it’s now unveiled this bonkers one-off IS-shaped car made from… cardboard! 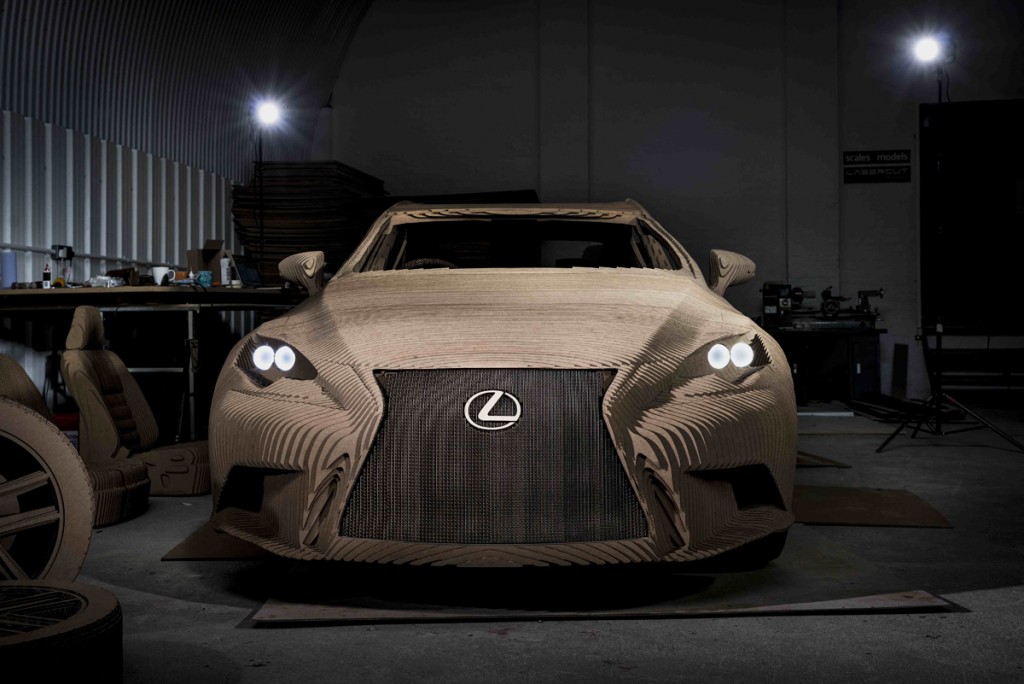 It was created to celebrate the craftsmanship that makes Lexus one of the most respected car brands around. Lexus workers – known as takumi – who work on the production lines hone their dexterity skills by learning how to fold paper into a origami model cat, using only their non-dominant hand. The Origami Car takes the spirit of this talent to a far higher level, while also embracing the spirit of Lexus’s Creating Amazing global brand campaign. 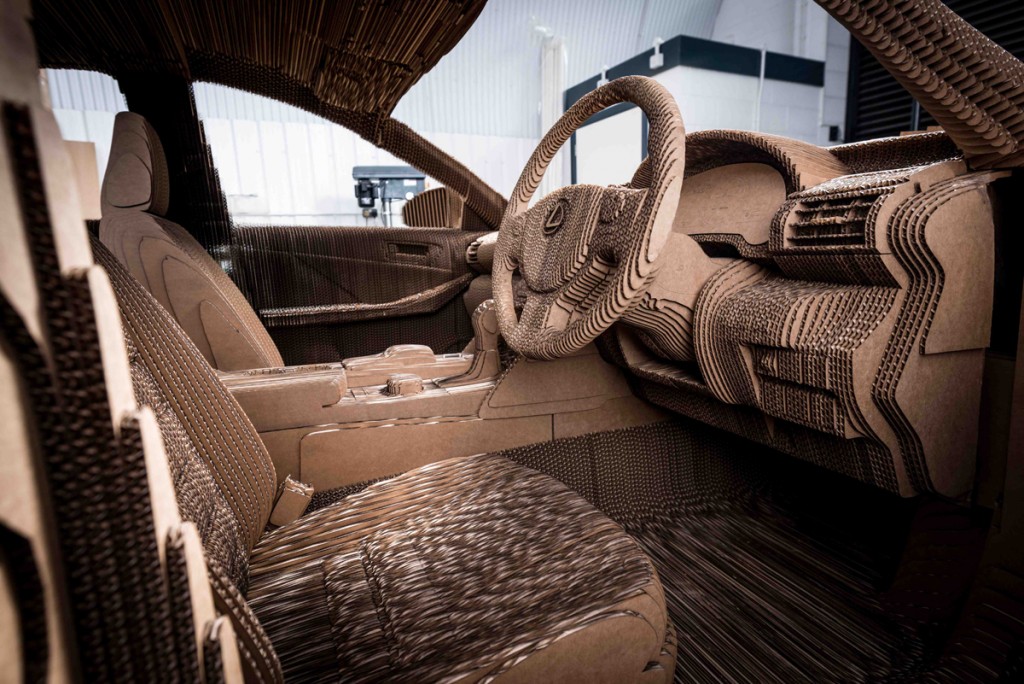 The Origami Car has a fully fitted interior, functioning doors, headlights and rolling wheels. Thanks to an electric motor mounted on its steel and aluminium frame, it can even be driven.

In terms of size and complexity, the project was an unprecedented undertaking for LaserCut Works and Scales and Models, London-based specialist companies with extensive experience in the design and creation of prototypes, architectural models and bespoke commissions. 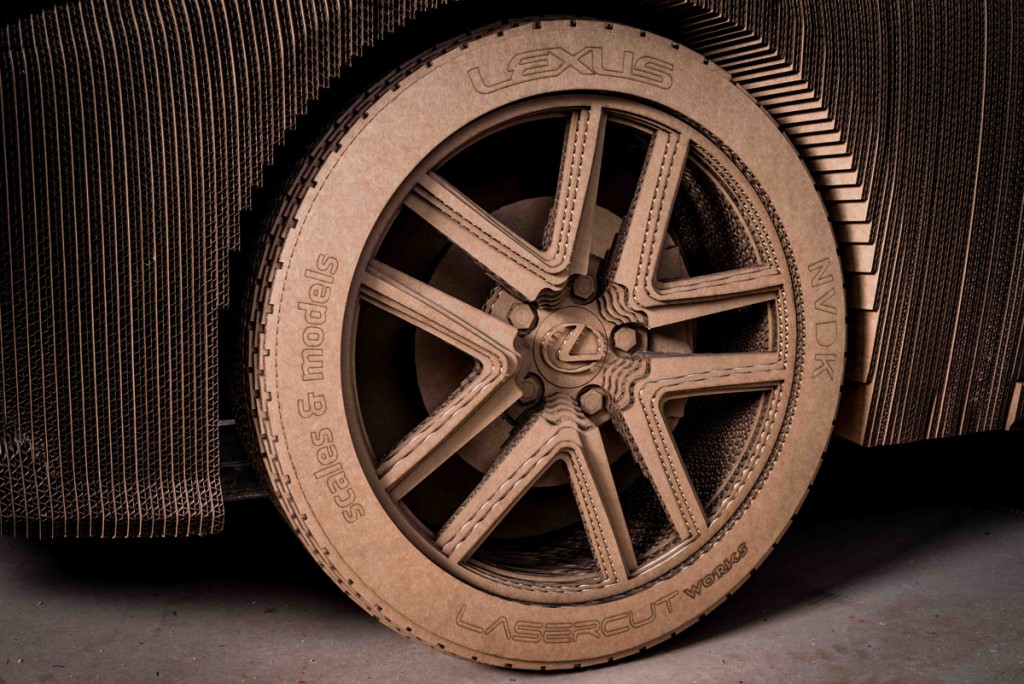 Lexus provided the team with a digital 3D model of the IS, which was then divided into a series of principal parts, such as the main body, dashboard, seats and wheels. These were then digitally rendered in 10mm “slices” to provide the two-dimensional profiles needed for the laser cutting of each of the 1,700 sheets of 10mm-thick of cardboard – supplied by packaging experts DS Smith. Each layer was given its own reference number to help ensure it was assembled in the right sequence and the entire assembly was done by hand. A water-based/wood glue was used, which had to be left to set for 10 minutes after each application. Accuracy was vital, as changes couldn’t be made once the glue had dried.  In all, the Origami Car took three months to build.

This unique vehicle will be revealed to the public as a star attraction at the Grand Designs Live Show at the NEC in Birmingham, from 8 October.