It’s not the V8 from the non-hybrid version, and the futuristic tech is about as easy to understand as the the origins of the universe, but it’s not all bad news now we know more about the drivetrain of the stunning Lexus LC 500h hybrid.

The V6 petrol lump is enhanced with Lexus’ ‘Multi Stage Hybrid System’ – the very same one used in models such as the Prius and CT 200h. But Lexus says that by using this hardware in an entirely different way, the LC 500h becomes a formidable sports car. In fact, Autocar has revealed that Lexus’ boss was overheard saying that it would be capable of spinning its wheels with ease in the dry – and that’s what we like to hear!

Let’s break it down and try to understand what’s going on, then. Along with the V6 and the electric motor used to boost power, the car comes with a four-speed gearbox. Yes, you read that correctly. The highlight of the 1940s, mated to one of the most futuristic cars ever. This is further teamed to another electric motor which mimics a CVT transmission (unlimited gearing), with a pre-set ‘six-speed’ shift programmed in, to make the car technically a ten-speed overall. Still with us? 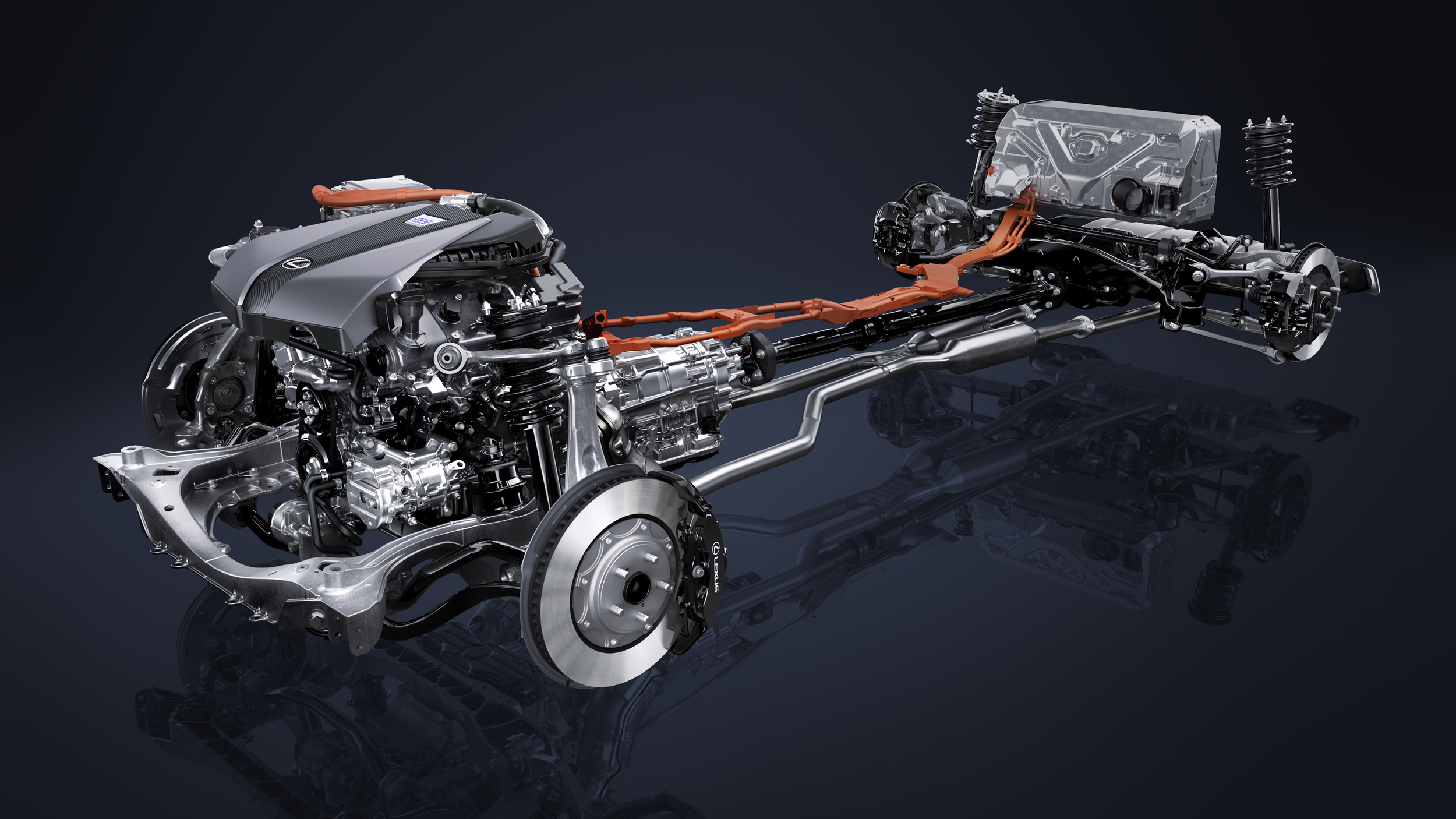 In short, then, we’re left with a near-seamless, ten-speed hybrid V6, that promises gearchanges similar to those of a DCT, with a lot less weight. See? CVTs and four-speed autos don’t have to be boring, after all…

Total power output will be around 354bhp, with 0-60mph dealt with in under five seconds. So it’s not going to be a million miles behind the V8 model, but it will certainly be stopping at less petrol stations. Oh, and it still looks absolutely stunning, of course.

If you have no idea what on earth you just read (we don’t blame you), we’ll try to dissect it for you more when we see the thing in the flesh at the Geneva Motor Show in a couple of weeks. See you then!