The old adage of ‘everything to play for’ rings true, as the FIA Formula E Championship is decided this weekend, with the promise of an electrifying double-header in London’s Battersea Park!

After 253 days and nine countries, the second season of the all-electric championship is all but down to two contenders for both drivers’ and constructors’ titles, promising a thrilling chase to the finish line. With only a single point separating their drivers, ABT Schaeffler Audi Sport and Renault e.Dams will see Lucas Di Grassi (ABT) and Sebastian Buemi (Renault) go head-to-head for the crown, a title that eluded both when NEXTEV’s Nelson Piquet Jr. snatched the drivers’ championship in a breathtaking final race of the 2015 season.

The close battle between the French and German teams extends to the constructors’ title, with only eleven points separating the teams. Currently in charge, and with the small comfort of a points buffer, Renault e.Dams will be seeking a second championship to their name, while ABT Schaeffler Audi Sport’s strong season will see them determined to take their maiden title. Ironically, eyes may be on Di Grassi and Buemi’s team-mates – Daniel Abt (ABT) and Nico Prost (Renault). With the near-certainty of a strong showing from both Buemi and Di Grassi, the positions their team-mates achieve may prove critical in the fight for the constructors’ crown. 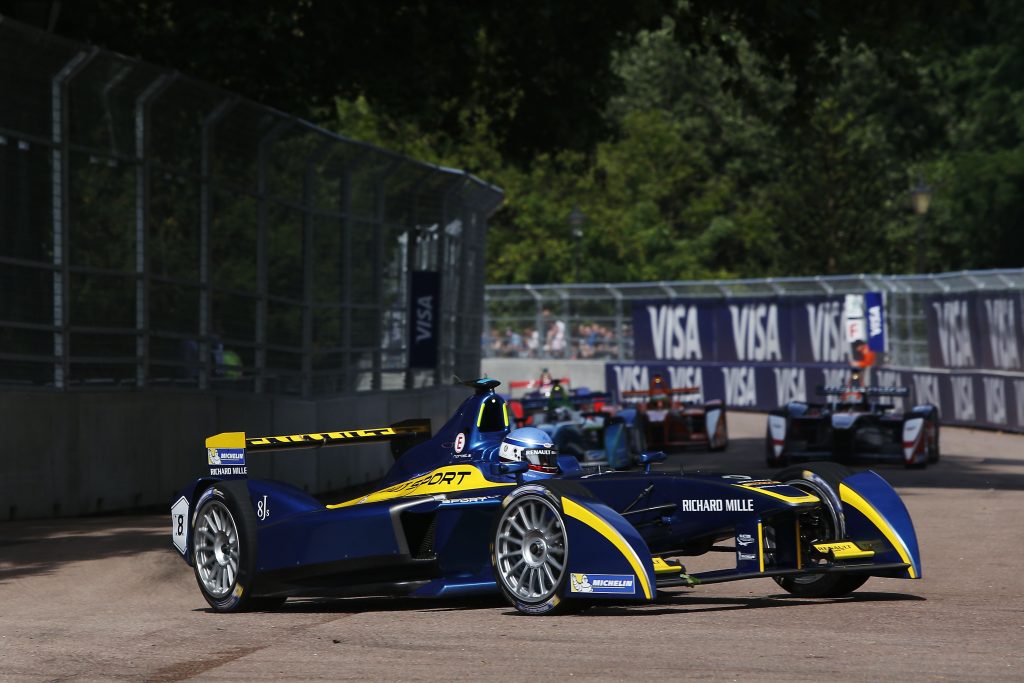 While technically possible for British driver Sam Bird (DS Virgin Racing) to take the drivers’ title, this remains reliant on him winning both races, and taking all bonus points for pole and fastest lap, while Di Grassi and Buemi must fail to score a single point; as such, it seems the Brit may have to settle for third this weekend. However, a strong showing from Bird in London in 2015, and the extra boost from the home crowd, will see him lie waiting in the wings to grab the opportunity, should disaster strike for both Di Grassi and Buemi.

In the run-up to this weekend’s finale, ABT Schaeffler Audi Sport’s Lucas Di Grassi voiced his thoughts on his championship chances: “We’ve had eight races and the points gap is almost back to zero, and now we go to a track that is the most different from all the other tracks. It’s very cambered, there are a lot of corners and it’s very narrow. It’s technically very difficult to drive there and it’s the second longest track of the season. The weather unpredictability in London could play a big role because qualifying is divided into groups, which are random, and as happened last year, if you pick a group during which there is rain – that could define the race.”

Meanwhile, championship rival, Renault e.Dams Sebastian Buemi, commented: “We are not just fighting for the drivers’ championship but the teams’ championship too. So from a pure driver’s perspective you would think that the only objective is to finish ahead of Lucas. But from a team point of view the other championship is very important too. When we get there we’ll do practice and qualifying and look at the weather. Obviously, everything could look different after qualifying.”

With no British race currently on the FIA Formula E calendar for the 2016/2017 season, a drivers’ and constructors’ battle appearing too close to call, and rain potentially on the horizon this weekend, let’s hope that London goes out with a bang in Battersea Park!

The double-header finale takes place on the 2nd and 3rd of July, and the EV Performance team will be on site in London, keeping you up to date with all the latest news!