Man with (electric) van – we perform odd jobs in the Kangoo Z.E.

‘How could we really test the Kangoo Van Z.E?!’ was a question bandied around the EV Performance office ahead of our week with this emission-fighting commercial machine. In a more vanilla electric car, it’s a simple enough concept: take it to the shops, take it on a long drive, give it the beans a few times, yada yada… But with the Kangoo’s main aim clearly being an electric load lugger, complete with its 650kg/3.4m³ capacity, we knew we’d have to think of a different way to put this EV to work… 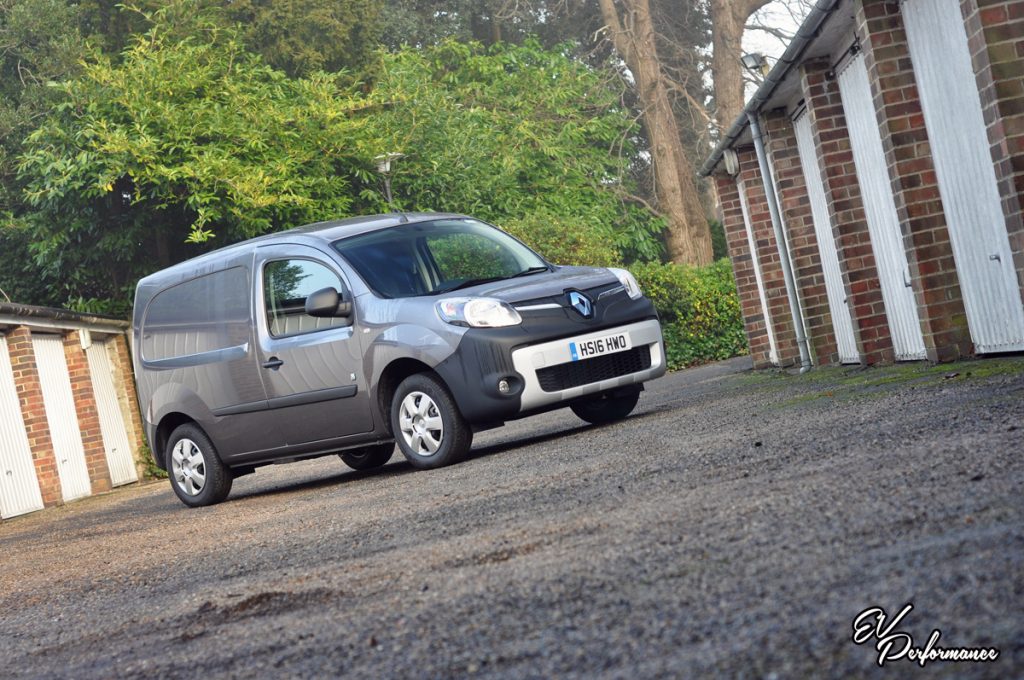 A small ad was therefore sent off to the local paper, explaining that there’d be two (arguably) young men offering free access to themselves and a small van over the period leading up to Christmas for any odd jobs. Then it was time to sit and wait for the public to decide what real-life tests to put our humble Kangoo through. 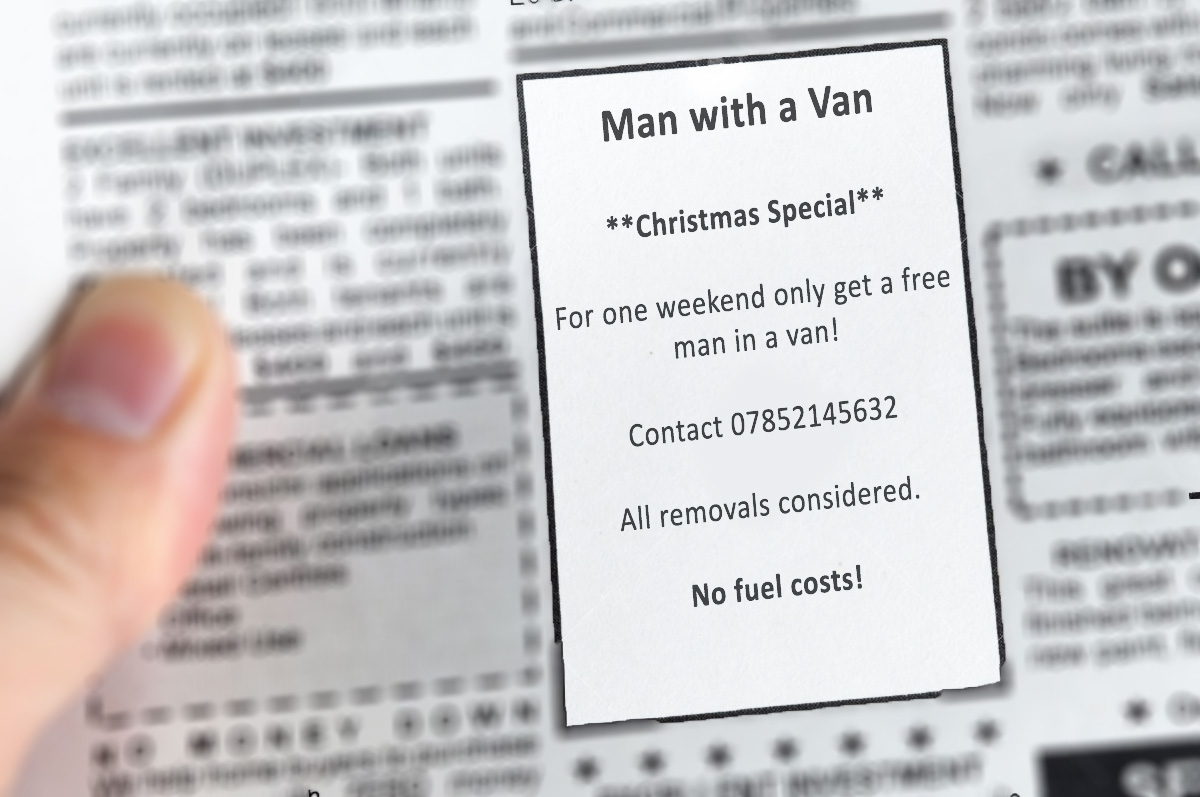 The first to bite the bait was Christian Shelton; a professional based in Tunbridge Wells who had recently moved house and was looking for a way to get his leftover boxes and general junk to the tip/charity shops. A perfect way to put the Kangoo through its paces, then!

The model in question was the £16k ML20 Business – with a two-seater cab and the smallest rear load space, albeit with a sliding side door to complement the rear saloon doors. With the 22kWh battery from the previous-shape Zoe, it was never going to win any performance or range awards, but we were impressed with the way the power plant seemed to take any extra load faced in its stride and a very van-esque manner. 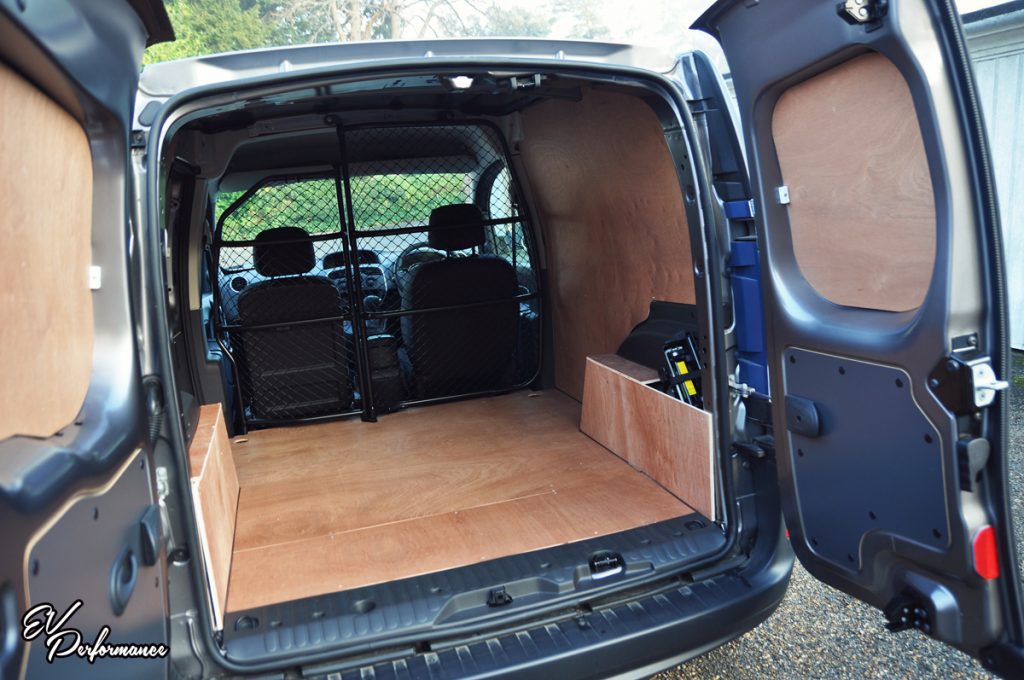 The main reason we loved the Kangoo Van Z.E. however was its abundance of honest van-like charm which sets it apart from other electric cars currently on the road. Make no mistake, this really is just a combustion Kangoo van with an electric drivetrain slipped in instead, meaning that it remains under the radar in day-to-day traffic beautifully for those not wishing to shout about their eco-conscious purchase with strings of flashing LED lights and frog-like body styling cues.

Power and range are fairly shocking even when there’s no load to lug around (60bhp; 106 mile range), but for a small company which mainly deals locally, the massively decreased running costs are sure to be tempting despite the EV’s slightly higher price tag over its combustion equivalent.

“I was amazed at how smooth and silent the Renault electric van was. The carrying capacity was extensive and even when fully loaded the journey was quick, quiet and effortless.” 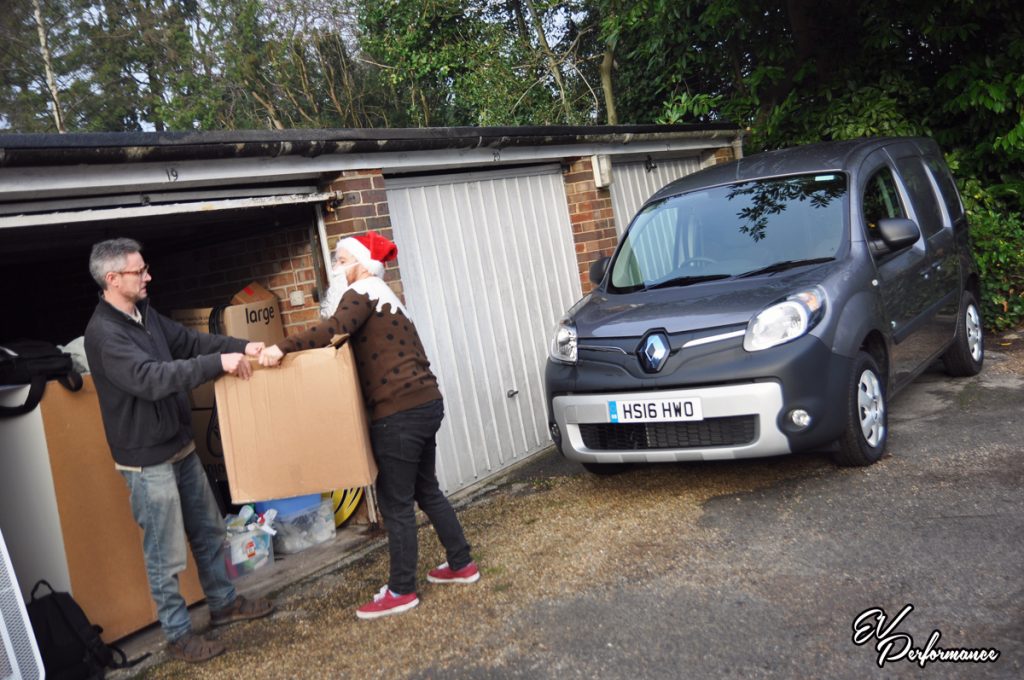 Living with the Kangoo

Bacon sarnies scoffed, though, it was back to the job, and with a couple of chests of drawers, a shelving unit and several boxes now filling up the rear nicely, we headed to some local furniture shops to drop off our new load. Up front in the cabin, you’d think you were in any other work van before you start moving, with no special flashy gauges or controls to tell you otherwise. We loved how even the EV tech has been laced into the traditional van interface, like with the range being displayed on an unassuming LED mile-reader in the speedo, and even the ‘Eco’ button weighing in in that familiar, clumpy plastic we’ve come to love on commercial vehicles. Make no doubt about it: traditional van drivers would feel right at home in here!

Despite the fairly basic first impressions, inside the kit is pretty impressive even as standard. Bluetooth connection and a USB port come as standard, while our van benefited from Renault’s R-Link multimedia system (TomTom, radio, CD and MP3 player, etc…), which may seem fairly vital but weighs in at an extra £810. 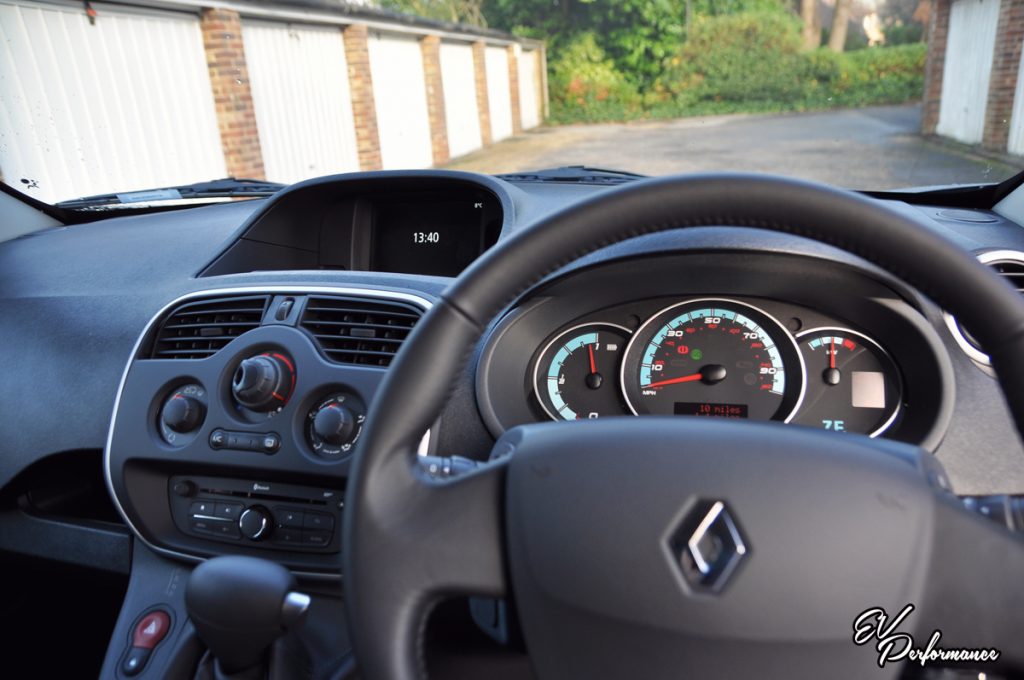 Once we’d finished up our first of many odd jobs of that weekend, we took the Kangoo for a more spirited drive around the nearby country roads. With Eco mode deactivated, it wasn’t exactly neck-breaking, but more than enough to keep most engaged, especially if they’re used to the gutless disappointment that driving a diesel powered van often incites.

Does it deliver the goods?

Should you buy a Kangoo Van Z.E? If you’re looking for tried and tested honesty from a van, that just so happens to be packaged with an EV motor, then it’s certainly worth a look. Businesses with charging points on their premises could seriously benefit from a fleet of these knocking around. We should mention its closest rival, however, the Nissan E-NV200, which comes with a more polished car-like interior and more load space, albeit at a higher price point for those looking for more space or luxury.