Hyundai Ioniq: A dose of normality

Up until very recently, if you were on the market for an electric-powered car, you were faced with two general categories to choose from: 1000bhp wallet-busting, chassis-crippling torque monsters that were pretty much guaranteed to smash anything in a drag race, or (for those with a more modest budget) a string of vehicles clearly using every strange styling cue possible to allow the proud owner to stand out from the crowd and let everyone know they’re saving the planet from up to 10 miles away with their ugliness.

We’ve therefore been begging for a car manufacturer to release an EV that’s a little more… conventional looking for some time now. An EV sleeper, if you will. Thankfully, Hyundai’s much-hyped Ioniq has finally dropped, and on paper seems to fit the bill perfectly…

The buzz around the Ioniq largely boils down to its McSubwayKing-esque option of having it your way when choosing the car’s power train, with a hybrid, plug-in hybrid or fully electric battery-powered motor all available under the same shell when speccing the car. While prices, MPG and other running costs all understandably vary wildly throughout the three specs, it’s unsurprising that we went for the full-EV version (which is also the most expensive) when checking out this car for ourselves. 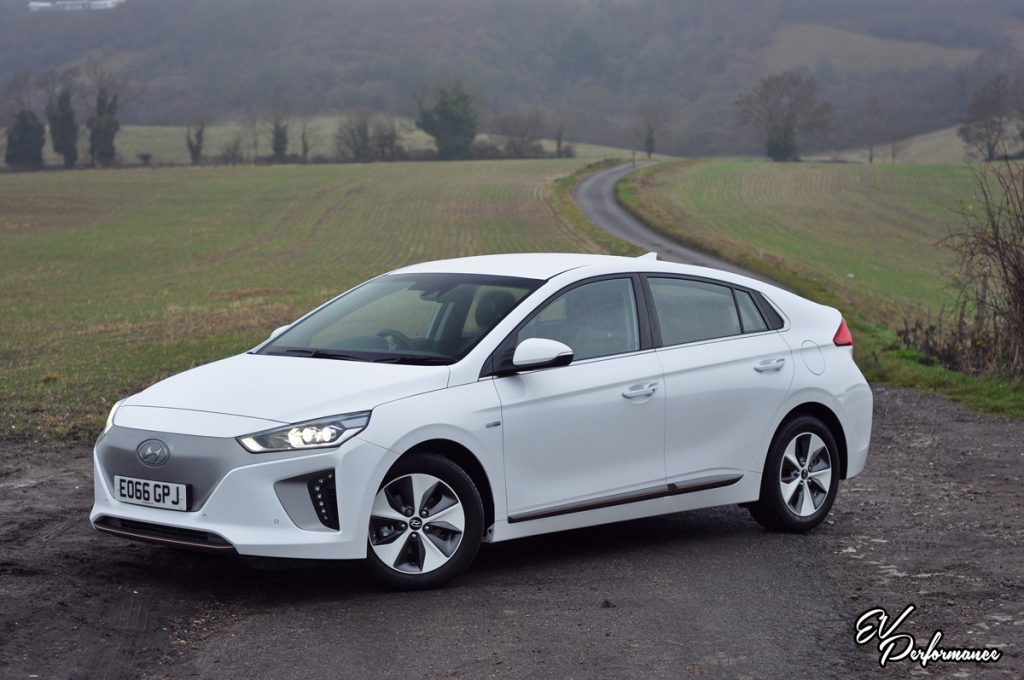 Where does the Ioniq stand…?

While the hybrid options are clearly a direct shot at the market-hogging Toyota Prius, the Ioniq EV has another bunch of rivals it’s aiming to get worried. Weighing in at a smidge under £25k with all government incentives taken into account, it sits neatly between the Nissan Leaf and BMW i3, offering performance that is also a halfway-house between these two cars (28kWh, 174 mile range).

So what else helps the Ioniq stand out? Well, the fact that it looks so damn great, for a start! A modern-yet-reserved compact saloon that goes under the radar as far as distinguishing it as a low-emission car is concerned, while keeping sharp enough to make Mr and Mrs Jones next door jealous. EV makers take note: this is what electric cars should look like from now on, please! 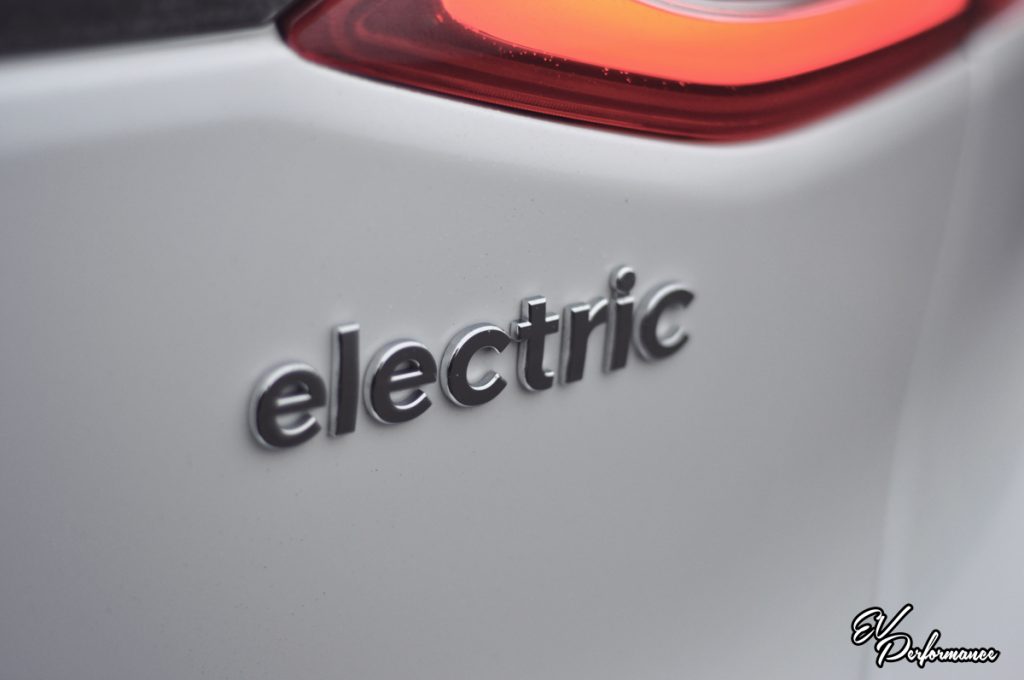 Inside, and only one word can wholly sum up the quality of the interior trim – Germanic. Our South Korean friends have been on a bit of a roll over the last decade, and the quality of the fit and finish on the interior of the Ioniq means you’re left with no choice but to compare it directly to top-spec German counterparts, where it puts up an extremely good fight indeed. Thick leather and a truly solid feel throughout along with some cutting-edge bits of tech such as a wireless charging port make the Ioniq feel like the mini-Tesla it kind of is. Even the plastics feel great, which may be down to the fact they’re made from blended recycled plastics, powdered wood and volcanic stone to stay green and reduce weight (maybe refrain from going into this much detail if taking someone on a date in this car, though…)

One thing that really grinded our goat, however, was the boot lid/spoiler out back that really cut into rear visibility quite shockingly. Fair enough if you’re in a winged sports car, but we’re not even really sure the purpose of this solid piece of metal dividing the two pieces of rear glass, which when combined with the massive C pillars means rear visibility is almost non-existent. Lucky the Ioniq can be specced with a reversing camera, we guess… 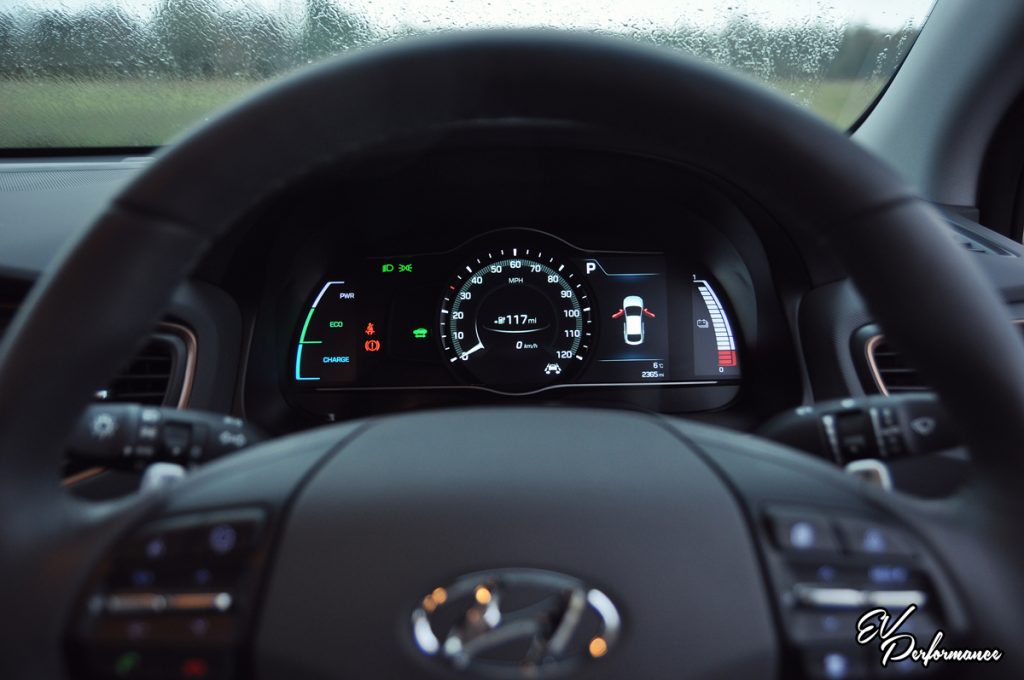 On the move, the Ioniq is a pleasure to control, with its simplistic stop/go/park buttons a welcome breath of fresh air from the rather strange automatic-style drive sticks found in other EVs. The tech not only looks good but is thankfully also very intuitive to use; with enough screens to keep even the most demanding seven-year-old busy for months on end. Drop it into Sport mode and the car feels genuinely impressive in its quest for a higher speed, especially between 20-and 70mph where the stomach-pull sensation is at its strongest (0-62mph is dealt with in around 10 seconds). Eco mode unsurprisingly numbs things down, especially when using the trick flappy paddles behind the steering wheel to increase the power of the regen braking system (on its highest setting, it feels like someone is smashing the brakes when you let off the throttle). 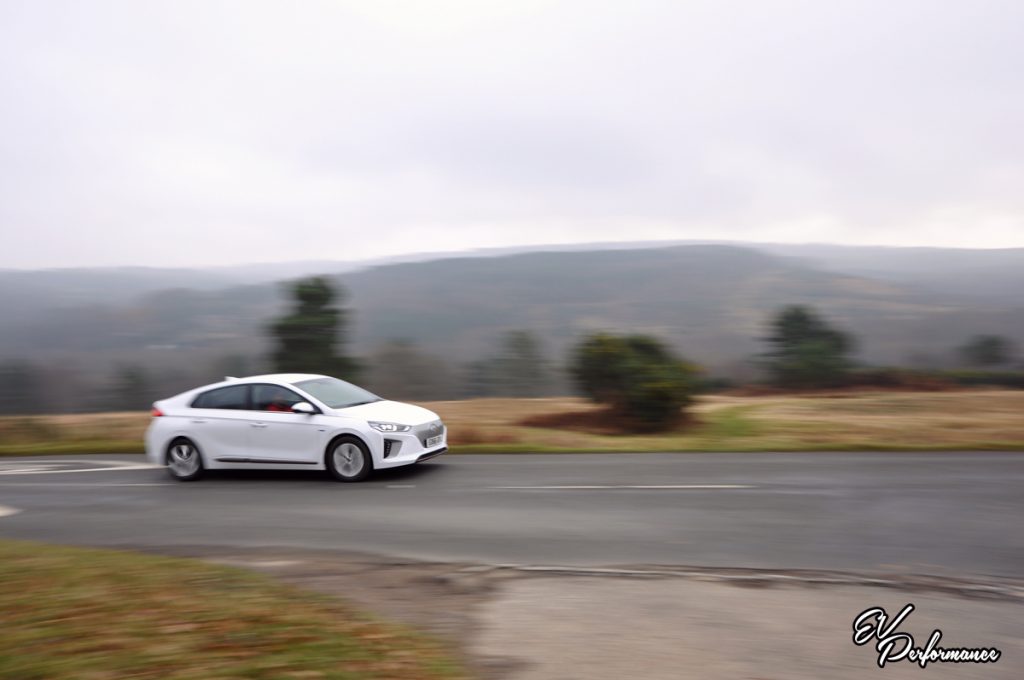 It’s when you spend more than one charge-cycle with an electric car, however, that things become slightly less peachy for some. No matter how easy, quick and affordable public charging companies make it appear on paper, filling up a fully electric car on the go is an occasion that requires quite a bit more planning than just dropping into the petrol station. The relatively low ranges and relatively high prices that EVs currently boast may be okay for someone with a small commute and a dedicated driveway, but we can fully empathise with the average buyer who thinks that this leap is just too much of a sacrifice at the moment. For them, of course, the more affordable hybrid options become a bit of a no-brainer, with the same top-quality kit inside and out, with the security of a combustion engine should it all go wrong.

The electric Ioniq does have a few charging tricks up its sleeve to make the whole process as easy as it can be, with Hyundai opting for the Combined Charging System to allow for the fastest possible charging rate in public areas (should you be able to find the correct charger). We did a few 100 mile-plus round trips in the car and found we still had range to play with when getting home, meaning that the odd long-distance trip is just about doable even today when completely necessary. 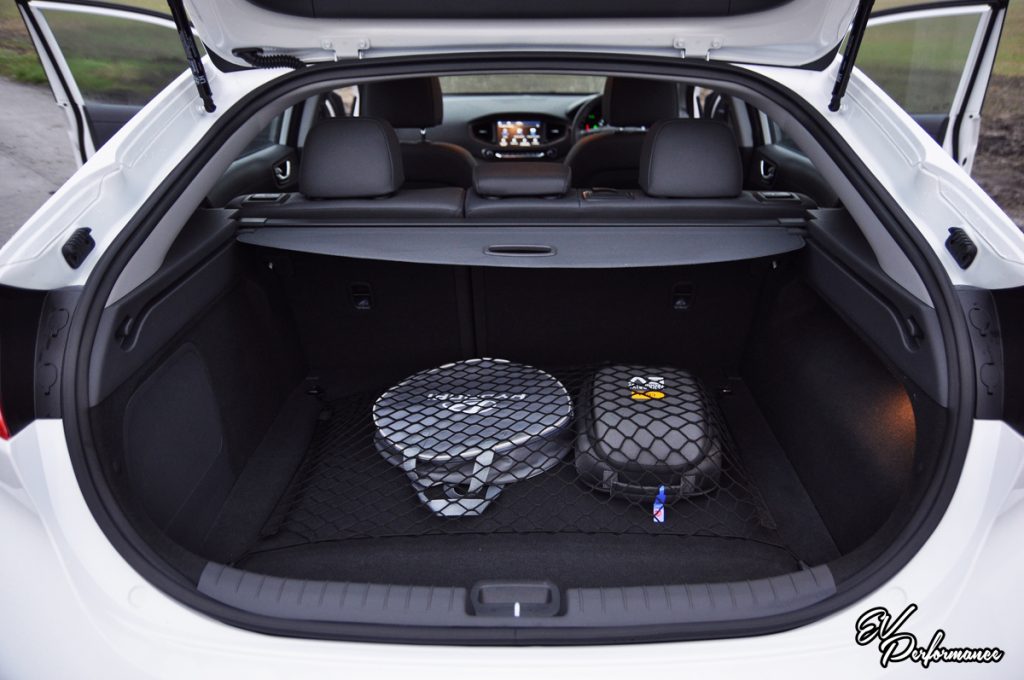 The electric Ioniq, then. Possibly the best attempt yet at a ‘normal’ EV, and one that is very, very nearly enough to win the masses over. It’s only a matter of time now, we feel, until electric cars become difficult to ignore. If you’re willing to stretch your budget by around another £5000, the i3 is certainly worth a look. But value-for-money wise, we dare you to find another car that feels this good…

It's not something we thought we needed, but today,...
Company News