The Middle East: leading urban development with a new model

Today mobility in urban areas is addressed as a holistic system in which all the components work together. This links with the dramatic growth of urbanization globally, working to alleviate the tremendous stress put on the mobility system as one of the core functions of an urban area. Compare this to the traditional “piecemeal” approach through which mobility systems have grown up. The classical paradigm, a transition model, has gradually added to the supply side of transportation, while different modes were often developed in competition with each other. However, today this paradigm does not address the key issues we are facing.

The leader in applying this new type of approach, an ecosystem-based model, is the Middle East, particularly fast-growing centres such as Dubai. Over the last 20 years, they have raced through the stages of urban development in record time, and are now going beyond the limits of the transition model. Open to new technologies and backed by the means to invest in innovation, these cities are driving the creation and evolution of integrated mobility systems. 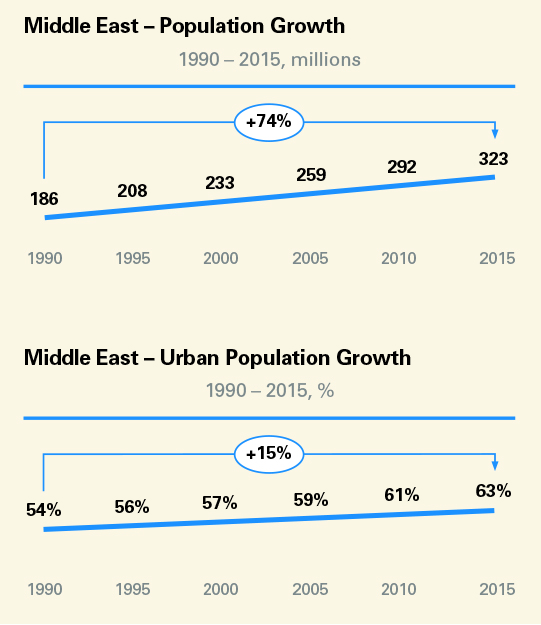 Moving from transitional to ecosystem

Government and public authorities in the Middle East have generally followed one of two models when looking for solutions to address transportation challenges. 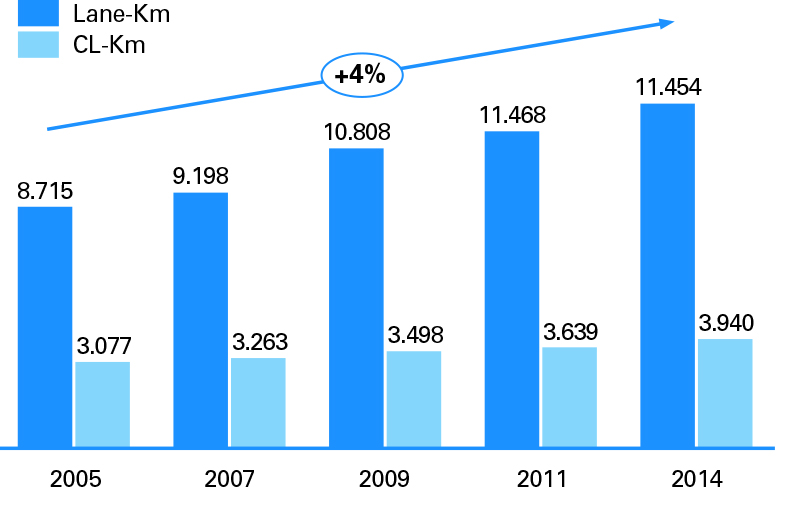 The initial approach decision-makers followed was to invest heavily in roads and public transport infrastructure, raising the transportation network’s capacity to absorb the greater demand. This “transition model” is inspired by the evolution of transportation networks in the Western world, where it took more than a century to build, develop and maintain advanced public transport networks. Cities in the Middle East have tried to follow these models and strengthen transport-mode offers in short time frames, often focusing on roads and rail networks. Governance methods are reinforced in parallel through the launch of transport supervision authorities, which have mixed roles covering planning, investments and regulation (for instance: RTA in Dubai, ADA in Riyadh, PART in Kuwait).

While this approach solves short-term urgent issues, such as congestion, it also faces the risk of not being sustainable enough to address long-term difficulties. Addressing the challenge of congestion solely from the supply angle, through investments in traditional transport infrastructure, will not solve the long-term problems for two main reasons.

Firstly, given the very high (and continually increasing) growth rates on the demand side, expansion in infrastructure capacity will not be enough. For example, road capacity in Dubai increased by 36 percent between 2006 and 2014, yet the number of registered cars in the country doubled in the same period – without including the large inflows of non-Dubai-registered cars entering and exiting the Emirate every day. The city has started to think about new “out-of-the-box” ideas to address the problem differently.

Secondly, this traditional approach ignores current trends in urban transportation, particularly around major technological and behavioral changes. Today, we can see clearly that the dominance of the private car as the main means of transportation is coming to an end. The “sharing economy” means services such as e-hailing and car sharing and the rise of digitally enabled transport modes are booming all over the world. Given the young, connected population in the Middle East, this is creating a greater shift in transport habits than in other geographies. For example, in Saudi Arabia, 50 percent of the population is below 25, and 77 percent owns a smartphone, driving a sharp increase in e-hailing usage – the local Uber service announced a month-to-month increase of 50 percent in the number of trips taken in 2016. 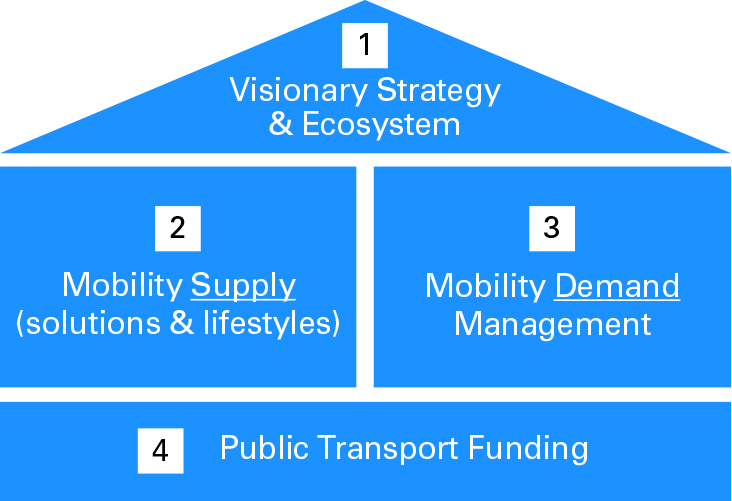 A few advanced cities have taken different paths, trying new approaches to reinvent their transportation networks in order to respond to challenges. The key principles of these new approaches are to:

At this moment, we can see that the Ecosystem approach – usually implemented in a broader “smart-city context” – is a true game changer leading to progressive urban development opportunities. The model opens the door to create true impact in a city:

Following the lead of the Middle East

In the Middle East, financing and mobility supply are not issues in many major cities. New infrastructure, mobility solutions and integration initiatives are a role model for other regions. Besides that, cities such as Dubai have developed sound mobility strategies and will have funding for implementation through fast regulatory changes. What lessons can other cities draw from Dubai’s move towards an integrated mobility ecosystem? We recommend setting solid foundations on the supply side, setting awareness for the necessary shift in mobility demand, thinking of mobility as an integrated ecosystem, and being at the forefront of new mobility technologies.

It is worthwhile for any and every urban developer, technology provider and traveller to study how the new ecosystem approach is being applied. When it comes to mobility, we may see learning becoming bidirectional. Middle Eastern centres have followed the traditional European and American development path for quite some time. Now they are setting their own priorities.