There are plenty of fast EVs around at the moment. Tesla’s Model Ss will out-accelerate most petrol-powered cars without breaking a sweat, for example, and Rimac’s tasty new concept cars promise to break what we perceive as currently possible in a day-to-day car.

But the problem is, when it comes to top speed, not many road-legal electric cars out at the moment have the stones to keep up with combustion-powered supercars. The aforementioned Teslas top out at just 155mph at best, and the Rimacs aren’t technically available to drive yet. 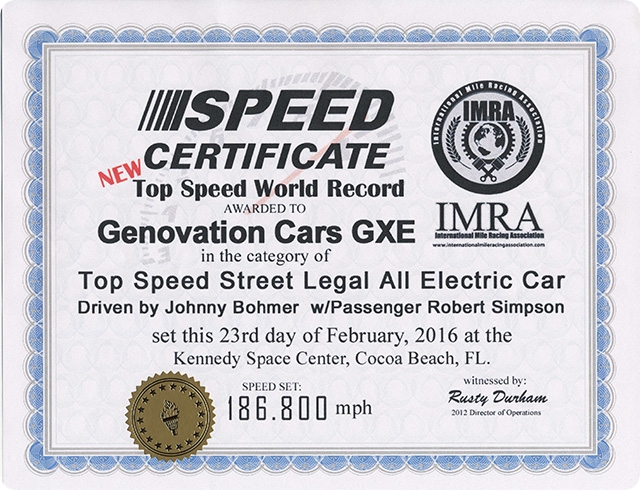 This is why the speed record for an EV has just been broken by a relatively small firm – Genovation – based in East USA. The team used a modified Chevy Corvette, re-named the Genovation eXtreme Electric (or GXE for the cool kids), which produces around 700bhp and 800lb ft of torque thanks to a cutting-edge power system, which managed over 186mph in February during testing, to claim the record.

Previously set by a Finnish team at 177mph, the record was smashed at the Kennedy Space Centre, and the car was showing much more potential, which makes us think there’s much more to come from this outfit…