In Formula E’s first return to the glittering principality of Monaco since the year one of the championship, Sebastien Buemi took his first pole position this season, after topping both practice sessions earlier today. Championship rival Di Grassi will join him on the front row, with Nelson Piquet Jr and Jean Eric Vergne champing at the bit behind them, in a race that promises either a processional parade, or an incident-galore showcase of the perils of an unforgiving street circuit.

First to track in the initial group sessions was the Amlin Andretti of Da Costa, skittering out onto a slippery track in the unenviable first group. After warming the brakes, and getting their lock-ups out, the drivers began to set their 200kW fast laps. Da Costa set an initial time of 54.6, in one of the shortest laps on the Formula E circuit, but could only manage fourth, pipped by the NextEV of Turvey and the Jaguar of Evans. Buemi, as expected, comfortably topped the group with a 53.4 lap, with the Dragon of Loic Duval 0.5 behind, in initial second. However, Duval claimed he was impeded by the Renault e.Dams, and the matter was left in the hands of the stewards. 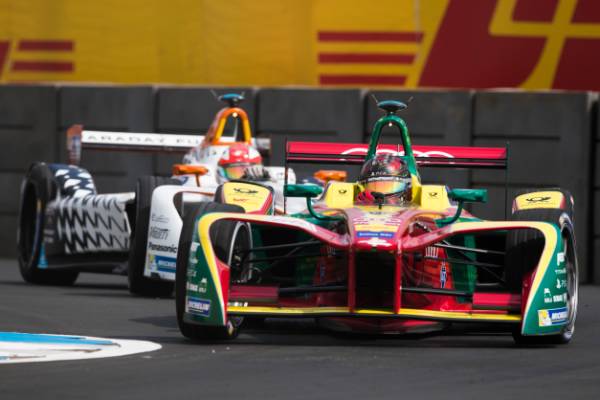 The sister Renault of Prost was first out in group two, with the Dragon of D’Ambrosio close behind. With drivers complaining of a lack of grip, Prost suffered a series of lock ups, fighting the Renault e.Dams into the corners and clanging into the barriers. Jerome D’Ambrosio aborted his lap and never re-emerged from the pit lane, while the Jaguar of Adam Carroll made light barrier contact, finishing seventh. It was happier times for the final two cars, with Gutierrez slotting into a promising third for Techeetah, and with Heidfeld left on clear track, the German capitalised on his experience and a nippy Mahindra, to take second.

Group three saw the ABT of Lucas Di Grassi out first, followed by the DS Virgin of Bird. A clean lap saw initial second for Di Grassi, just 0.1 off Buemi’s time, with Bird slotting into fourth. Sarrazin and Frijns managed sixth and eighth respectively, but an incredible lap from Monaco resident Maro Engel – his first time racing on his home circuit – shot the Venturi into first place, leapfrogging current champion Buemi by just 0.016 seconds.

The final group to track saw strong potential challenges from the Techeetah of Vergne, with Abt, Piquet, Lopez and Rosenqvist all looking to gain their super pole spot. With Abt and Lopez first to track, the pair set largely similar times, with Abt crossing the line in fifth, before being bumped out of super pole by Lopez, taking fourth. The pacey Techeetah of Vergne saw a flawless lap propel him into the top spot from Engel, and knocking Lopez out of super pole. The NextEV of Piquet set a strong time to see the Brazilian into fourth, and into the super pole session. With Rosenqvist the only car left on track, the Mahindra just missed out on super pole by 0.053, slotting into sixth. 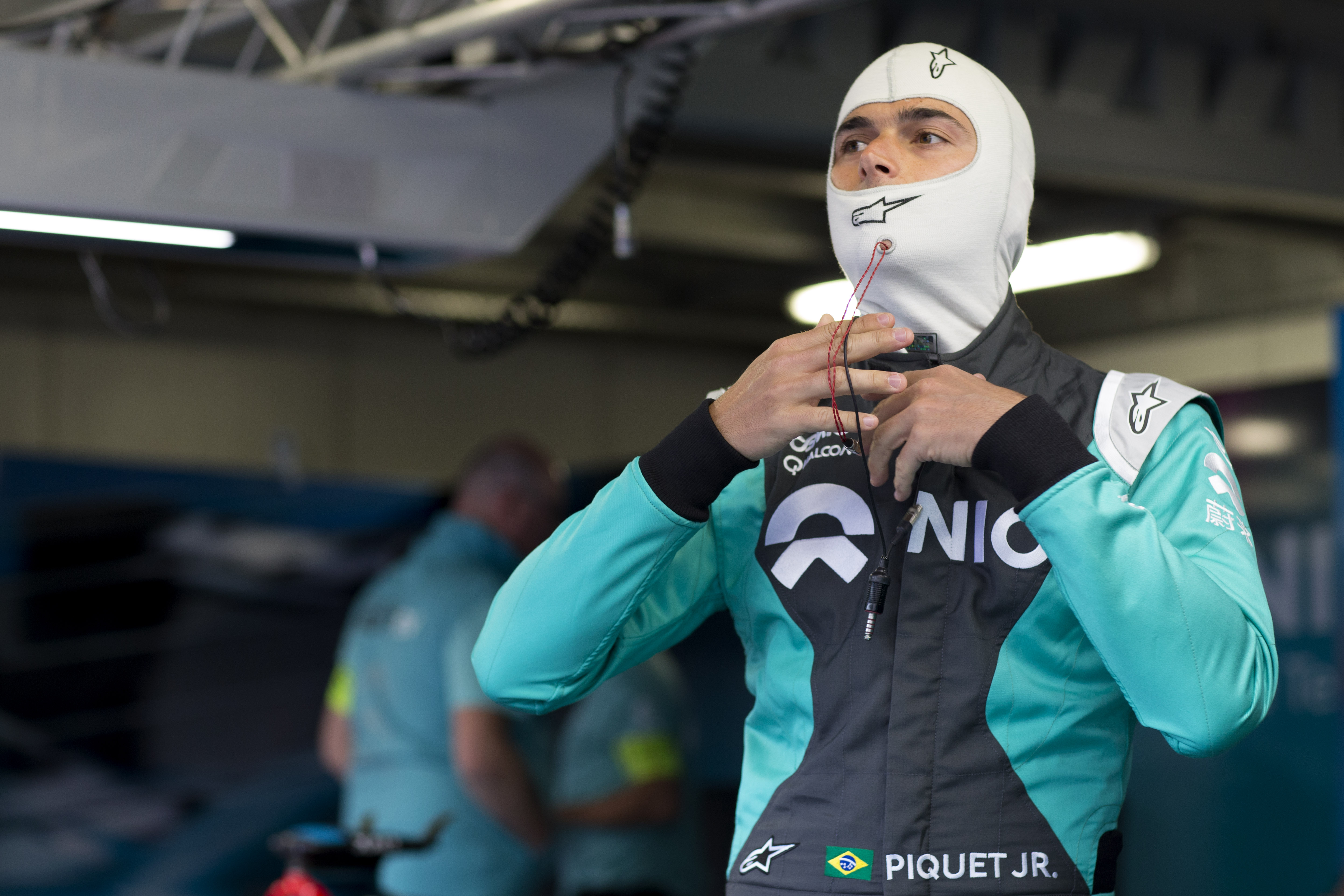 It was left to the top five of Vergne, Engel, Buemi, Piquet, and Di Grassi to compete for pole position. With Di Grassi on track first, a pacey lap from the ABT driver was scuppered after losing his rear end and kissing the barrier. However, the Brazilian crossed the line in a reasonable 53.5, despite the contact. Next to track, fellow Brazilian Nelson Piquet’s lap was initially a few tenths down, but a tidy lap saw him finish just 0.056 behind Di Grassi, and into initial second. Current championship points leader Buemi completed a clean lap to take initial pole, 0.2 clear of Di Grassi, and with only two challengers left on track. Initially 0.6 down on Buemi’s time, Maro Engel could not translate group success into super pole victory, taking too much kerb and making an excursion into the wall, leaving him initial fourth. The final car of Vergne was a similar story, struggling with grip and suffering a lock up into turn one, setting an eventual time half a second shy of the top spot, to slot him into fourth, and on the second row of the grid.

The Monaco ePrix starts at 4pm CET, 3pm GMT. Keep it here for our race report! 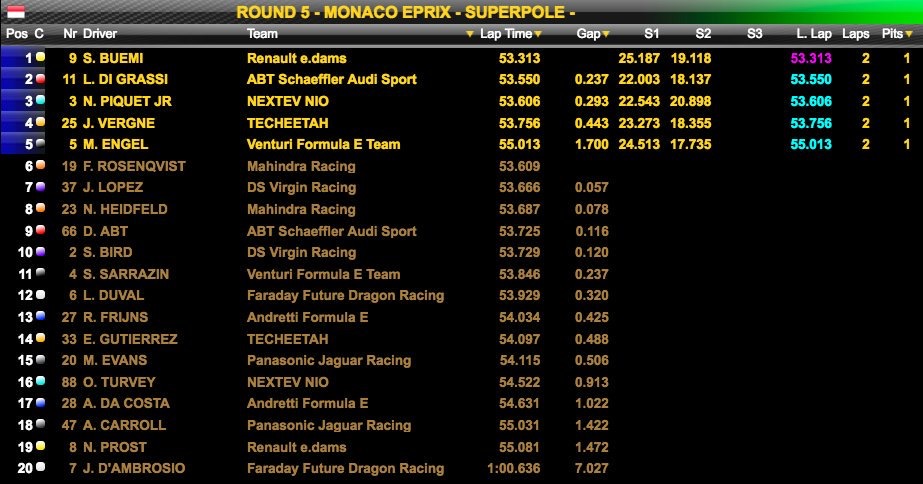