Remember VW’s Budd-e concept from CES 2016, which then morphed into the I.D. concept later in the year at the Paris Motor Show? The firm really isn’t giving up on the idea, with the futuristic electric hipster bus back again in an even more production-friendly form for Detroit’s NAIAS show this week as the I.D. BUZZ.

How is this Dieselgate-smashing comeback special different this time around, then? Well, it’s been confirmed that the Type 2-imitator will be based on VW’s MEB electric car platform, which promises to bring us a fully electric hatchback by 2020, illustrating how versatile such a platform could be for the company. 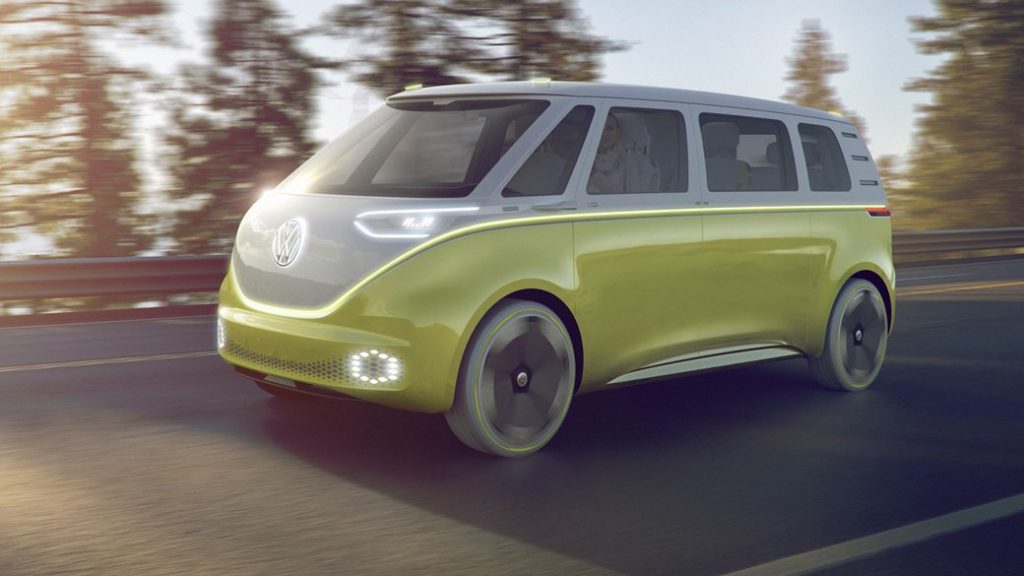 We’ve also learnt that the I.D. BUZZ will seat up to eight, power all four wheels with two electric motors, hit 0-62mph in a claimed 5 seconds while offering up to 270 miles of range.

Inside the concept, things are typical VW in their clean, sturdy fit and finishes. Two revolving front seats and pop-up tables throughout give the bus a proper Microbus feel to it, contrasted by the ultra-modern 3D augmented reality-adorned dashboard up front. 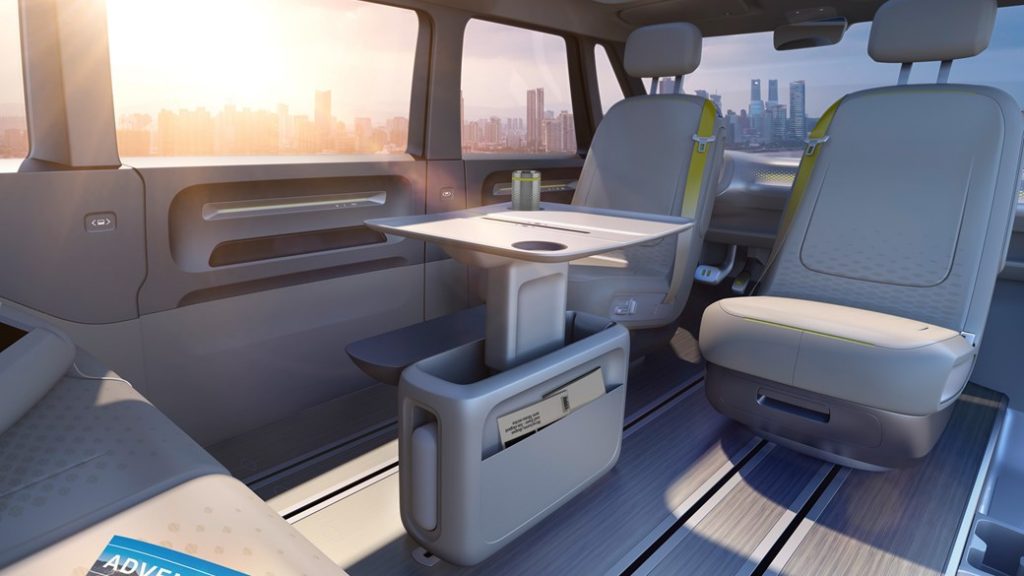 The unveiling was matched with some strong words from Dr. Herbert Diess, Chairman of the Volkswagen Brand Board of Management: “The I.D. BUZZ stands for the new Volkswagen: modern, positive, emotional, future-orientated. By 2025, we want to sell one million electric cars per year, making e-mobility the new trademark of Volkswagen. The new e-Golf2 already offers 50 percent more electric range. From 2020 onwards we will then launch our I.D. family, a new generation of fully electric, fully connected cars. It will be affordable for millions, not just to millionaires.”