Following their maiden points in the Mexico City ePrix, Panasonic Jaguar Racing are preparing for the European leg of the FIA Formula E Championship.

Starting with the Monaco ePrix on 13 May, all 10 Formula E teams move on to Paris and then Germany for a double-header in Berlin. The championship then moves to North America for its debut races in New York and the final round, a double-header in Montreal.

The newest team to join the series, Panasonic Jaguar Racing kept cool on their last outing in Mexico City to score 16 championship points, with Mitch Evans and Adam Carroll finishing in P4 and P8 respectively. It was only the fourth race for the team since their debut in Hong Kong last October.

The British team now travels to the principality that has staged the some of the world’s most famous motor races since 1929. Jaguar are eager to race wheel-to-wheel on this glamorous circuit, long regarded as the most technical any driver can face.

The 12-turn, 1.76km track is a shortened version of the historic grand prix circuit, using the same start-finish line and pit complex. But rather than continue up the hill to Casino Square the cars will take a sharp right-turn at Sainte Devote and re-join with a hairpin at the tunnel exit.

The Jaguar I-PACE Concept will make its ePrix debut on the Panasonic Jaguar Racing stand in the Allianz eVillage. The performance SUV concept previews Jaguar’s first electric vehicle, which will be revealed in late 2017 and on the road in the second half of 2018. Jaguar is now the fastest-growing car brand in Europe.

Having leapt into the points in Mexico City, how is the team feeling ahead of the European races?

James Barclay, Team Director, Panasonic Jaguar Racing: “The Mexico ePrix was one of those special days. With possibly the most thrilling and competitive races in the history of the series, to achieve and celebrate our first points in the championship is something I won’t forget in a hurry. To come away from such a hectic race unscathed was one thing, but to keep our cool and have both Mitch and Adam show competitive pace and score their maiden points for the team was very special.

“That said, our expectations remain in check for the next races as we continue to gain an understanding and knowledge of the unique demands of Formula E. We are learning a huge amount at each race and continuously refining how we approach each event. We have been working hard to build on the experience from the last few races and we are excited for the challenge that lies ahead in the European races. It goes without saying that we can’t wait to get back on the track and continue our journey.”

Monaco is an iconic circuit for many reasons. How is the team looking forward to racing in there?

JB: “Monaco is a very special place. Even those who don’t follow motorsport are aware of the significance and the heritage of street racing in Monaco. As a team, many of our heroes raced there and many of our sport’s greatest moments unfolded on the same asphalt that we will share on Saturday.”

“We are going to a circuit that many of the other teams and drivers will have raced before so we are focusing on giving our drivers a competitive racecar. Adam and Mitch have a strong racing history in Monaco in other categories and are both really keen to get behind the wheel of their Jaguar I-TYPEs.” 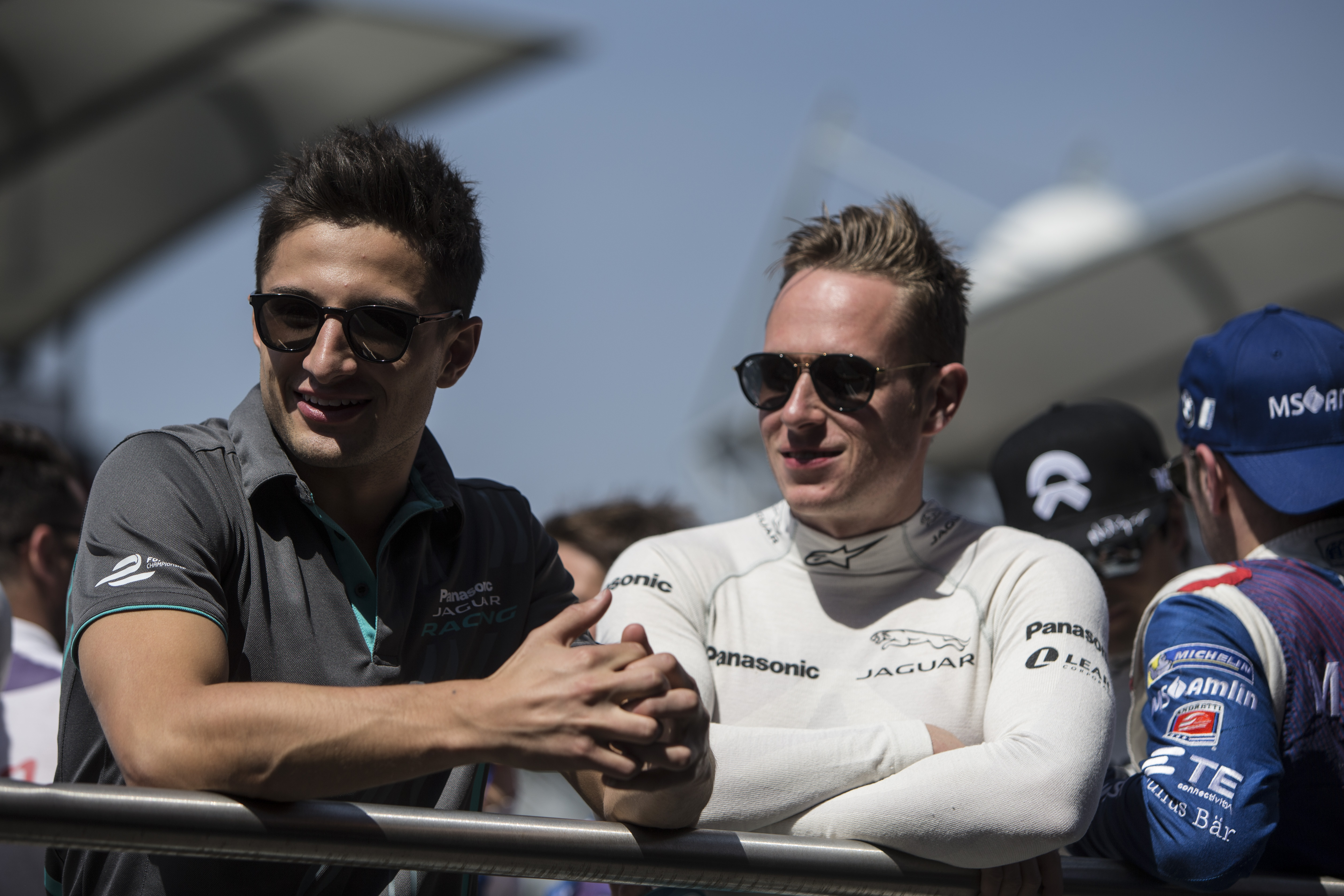 Adam, you were a race-winner in Monaco in GP2. How are you going to use that experience in the Monaco ePrix?

Adam Carroll: “I won the first ever Monaco GP2 race in 2005. It was a tough race and I shared the podium with Gianmaria Bruni and current F1 Champion Nico Rosberg that day. I know the F1 circuit well, as does most of the field, and I hope my experience will help me get to grips with this challenging circuit again. The weather can be quite cool and could make things challenging, but I hope to be pushing and finding the limit as quickly as I can.”

What demands does racing in Monaco bring?

AC: “Monaco is a challenging race for many reasons – not least the tight and winding circuit. While we are used to street racing in Formula E, Monaco is on another level. It tests every driver and we love the challenge. It’s exciting to bring the future of motorsport to this historic location.”

“Monaco is also famous for wet races. Anything can happen here. For these reasons, qualifying becomes even more important. I’m sure we’ll see no shortage of overtaking in this race but the aim will always be to get the best start possible.”

Mitch, you have had two strong races in a row. How are you learning to adapt to the demands of Formula E?

Mitch Evans: “Mexico was a really tough race, but a fun one. I can’t remember a race with so much going around me but I felt right at home pushing to the limit. I was very lucky in the closing laps not to sustain heavy damage when I was hit from behind. To bring home my first Formula E points for Panasonic Jaguar Racing in only our fourth race was a dream come true.”

This circuit is familiar territory for you, having raced a number of times in GP2. What makes Monaco special for drivers?

ME: “The Monaco streets are famous for being one of the biggest tests a driver can face and I don’t expect the Formula E circuit to be any less of a challenge. I’ve always loved racing there and was on the GP2 podium in Monaco three times. The Monaco ePrix in the first season was crazy to watch, with a big collision on the first lap in the first turn. I think every driver is going to be fired up to do the best they can this year. A strong Monaco performance just means that much more to a driver and all 20 of us will be out to show what we can do.”