The Power Behind The Charge: Alejandro Agag – Exclusive Interview

Alejandro Agag stands in the pit lane, scrutinising the DevBot with interest. The heat of the day has burned away, and in the golden light of late afternoon, Formula E’s latest technological tie-in – Roborace and its driverless DevBot car – is about to complete a lap of Donington Park. Roborace, and its plans to become an active support series for Formula E – with autonomously driven, electrically-powered vehicles competing in a ten-team championship – is an example of how far the all-electric championship has come in a mere two seasons. Despite the naysayers, Formula E, with Agag in charge, has managed to attract hugely influential names in motorsport, business, and sponsorship, placing itself at the forefront of environmentally-conscious electric vehicle racing and development.

Only this week, British motorsport giant Jaguar, in partnership with R&D investor Jaguar Land Rover, and sponsorship from Japanese electric colossus Panasonic, officially became the latest team to compete in the fledgling championship. Audi have recently committed to a long-term partnership with the ABT Schaeffler Formula E team, while triple WTCC champion Jose Maria Lopez has a freshly-signed contract with DS Virgin Racing, and Formula E itself has leap-frogged Formula One in its attempts to achieve a race in the bright lights of New York City. For a series that some motorsport fans tout as a gimmick, a gathering of ‘reject Formula One’ drivers, an attempt at being a ‘do-gooder’ in an age of greater environmental awareness than those preceding it, Formula E is forging unrelentingly forwards to the future. Under Agag’s hand, the series is laying down markers that – should it survive the initial teething stage – are strong statements of intent that electric racing will be the future, and become the norm.

“We didn’t encounter any opposition,” Agag says confidently, when I ask him about the beginnings of Formula E; a talk over dinner in Paris, in 2011, with FIA stalwart Jean Todt. “We just encountered a lot of scepticism. People thought it wasn’t going to happen. Nobody actively worked against us, but people really thought it wasn’t going to happen, so it was difficult to get people involved with us. That was the most difficult part. People just thought ‘I’m going to waste my time, because this is going to fail.’ The turning point arrived when people started to think ‘no, it is going to happen, so I’ve got to get on board, because otherwise I’m going to miss the train!’ So now we’re on that phase.” 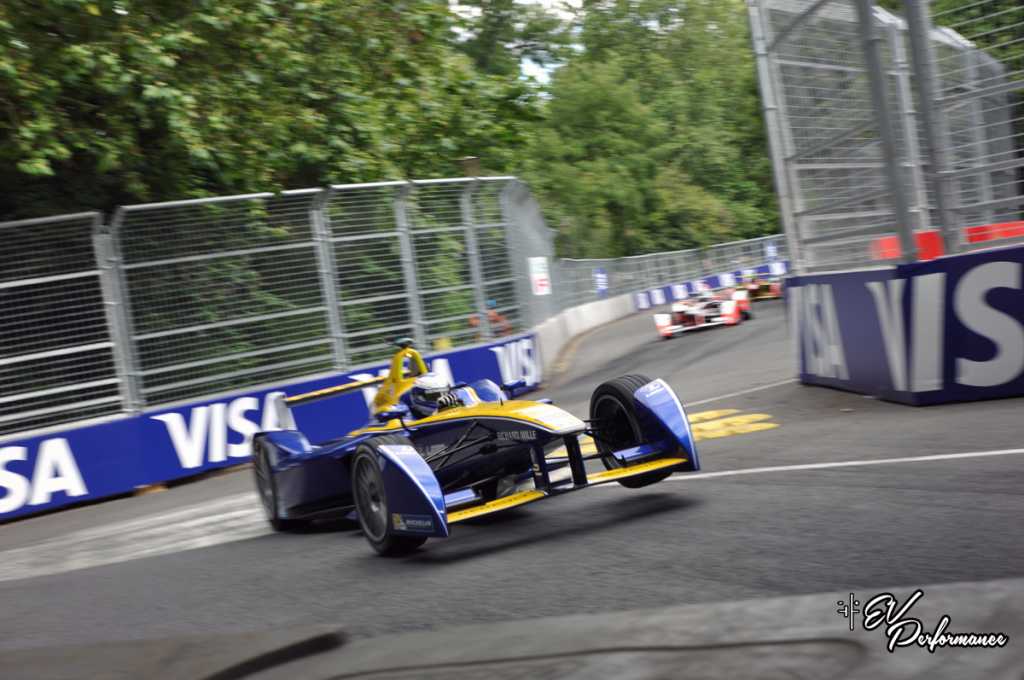 “Formula E is going to be the catalyst for electric mobility”

In his presence, it’s impossible to question Agag’s passion. When he talks, he is emphatic in his belief that electric vehicles will become the standard, not just for manufacturers, but the general public. “It’s going to be mainstream,” he tells me, firmly. “This is a fact. I don’t have any doubt that it’s going to happen. There’s going to be a massive switch towards electric cars, and it will happen very fast. We will reach a tipping-point, and once that happens, that’s it for combustion, and everyone will buy electric. I think Formula E is going to help move this forward a lot. Seeing how Formula E has made progress is a sign that electric mobility is going to be the reality in the future. Formula E is going to be the catalyst for electric mobility.”

Agag’s business background comes to the fore when I question the difficulty of running a racing series with an ethos, but from which fans also seek exciting racing, tracks, and drivers – not to mention the small matter of keeping Formula E financially afloat. “It’s not very difficult,” he dismisses. “One thing helps the other. Having a mission helps having a good business, because businesses without a purpose or a mission are the ones finding it difficult to move forward. So if you have a goal like this one, like Formula E [does], I think you have a big advantage.”

“I think that what we’re doing is very important”

When pressed for a moment he is most proud of, in the five years since the initial spark of an idea in Paris, Agag is incredibly modest: “I’m just proud to be here. I think that what we’re doing is very important. Just to exist is good. I think for me, though it’s not fully public yet, a key moment was when we went to the Arctic over the summer with the car, and with Lucas di Grassi, and put it on the ice-cap. To see the ice melting, and to be able to demonstrate an electric racing car on the ice, I think it’s going to be very visible, the change Formula E can help to make.” 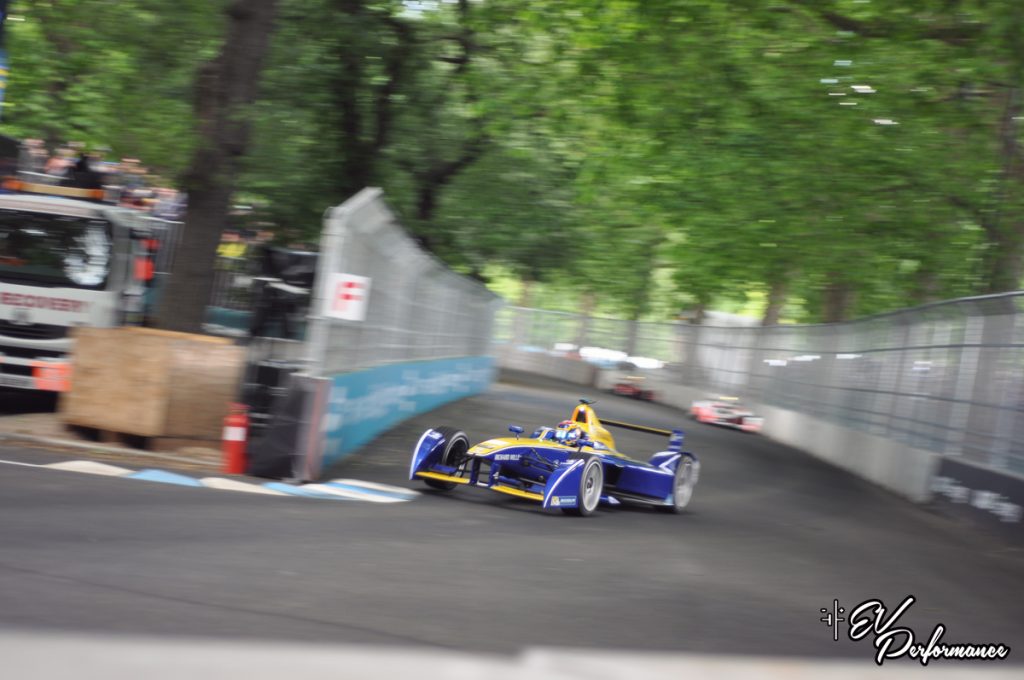 “We can make a race in London again”

Though Formula E has a worthy environmental ethos, and has been met with much positivity, the series has not been without controversy. The battle between Battersea Park Action Group – labelled by Agag as “a noisy minority” – and Formula E, saw a judicial review dropped, after Formula E agreed to withdraw the race from the park from 2017, and has drawn significant criticism. Agag insists another race in London is possible, but acknowledges the issues in returning to the capital. “It’s difficult,” he concedes. “We have an option for this year, for this season. We are working on it. I don’t think it will be in central London. I think it will be in the Battersea area, but we can make a race in London again.”

Another aspect of Formula E that has courted contention is FanBoost. The concept sees an extra boost of power for three drivers, voted for on social media – and an official voting website – by fans. Despite worthy intentions to promote fan engagement, the process has garnered public criticism from drivers, with accusations of cheating, the purchase of ‘voting bots’ to ensure a victory, and calls for the process to be reviewed before season three begins. Agag, unafraid to comment robustly, is resolute that FanBoost is here to stay: “I think we should definitely keep it,” he says firmly. “I think of course, the [drivers] that complain are the ones that don’t get it. And the ones that complain more got the record! Actually Lucas, the one who complains most, got five [FanBoosts]! I think with anything you do, there is a possibility of cheating, and especially online. We put all the measures in place to prevent that and we disqualify a lot of votes. If some get through, I don’t know, but I think we should definitely keep it. We are constantly improving ways to control it, but I think for me it’s definitely a key feature of the championship.”

“The doors are open for Tesla”

While interviewing the current grid of Formula E drivers, during public tests at Donington Park, many reminisced that their first experience driving an electric vehicle was a Tesla – a name notably absent from Formula E’s growing portfolio of manufacturers, now joining the sport. I ask Agag, who has confessed to knocking on the door of Tesla’s CEO, Elon Musk, if the door remains closed.

“Well, I hope not!” Agag counters. “The doors are open for Tesla. But they have bigger fish to fry at the moment, with delivering their cars, due to huge orders, and their great success. I think Tesla is working in the same direction we are, and it’s great for them to exist. So if they want to come, they’re welcome!” 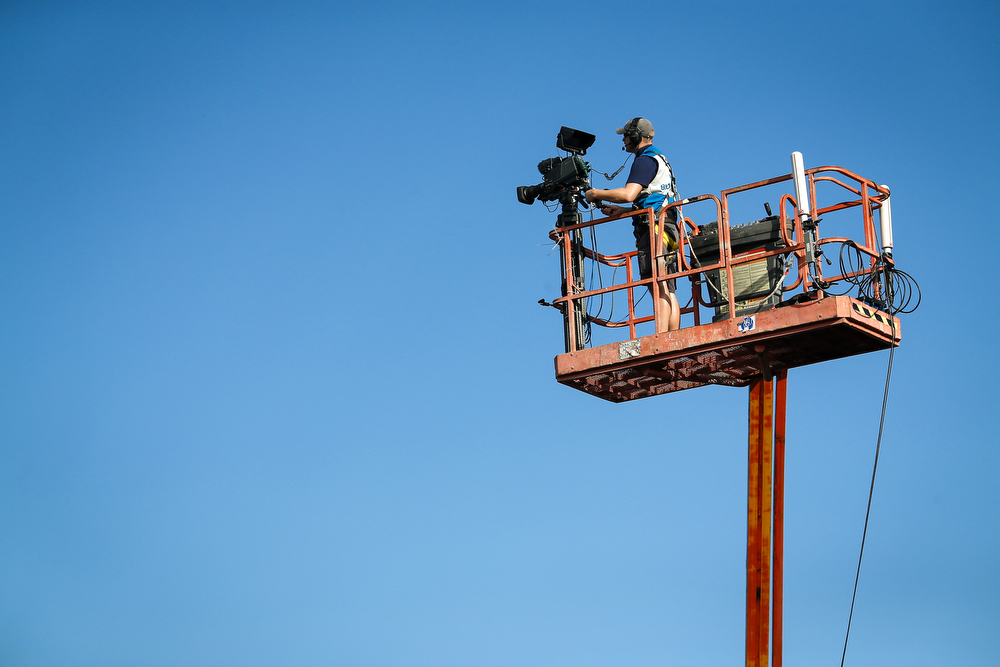 “I see the series as a mainstream sport…”

When questioned regarding the next five years of Formula E, Agag’s ambition and vision is clear, to the point of a mission statement. “I see the series being a really big instrument of developing electric vehicle technology,” he begins. “I see the series as a mainstream sport, followed by millions of fans around the world. I see the series halfway between a race and a video game. I want to give an experience to kids that is different to what they see today. That is, a different way to broadcast the sport, and a different way to make the championship feel, for young fans.”

Alejandro Agag’s plans for Formula E are a stark contract to comments made by certain octogenarian motorsport figureheads, on rejecting the value of social media, and whose target audiences remain those fortunate enough to own an expensive brand of Swiss watch. It is an oft-played tune that it remains unproductive to compare the two disciplines, but the hyper-exclusivity of Formula One is something that Formula E has thus far managed to avoid, with staggeringly low ticket prices, pit walks open to all, free testing days, autograph sessions with free gifts for young fans, and for better or worse, FanBoost – giving a clear message that fans of all ages and incomes are integral to the blossoming series.

Though Agag has made clear that Formula E and Formula One are not in competition, there is a small irony that this interview comes in the same week as rumours abound regarding Agag’s involvement in the future of Formula One, after its takeover by Liberty Media. I ask him, with a smile, if he has plans to become the next Bernie Ecclestone. He chuckles: “I’ve heard the same rumours, but nobody has called me, so I don’t think so! They would have called me by now.”

The future for Formula E remains impossible to predict, but with Agag’s firm vision at the helm, the all-electric series certainly appears to be in a capable pair of hands.

The third season of the FIA Formula E championship commences in Hong Kong, on October 9th.