International motor shows are always packed with gimmick-laden concept cars that will never see the light of day as a production vehicle in their current setup. And no one piled on the gimmicks so thickly as Renault during its home-turf Paris Motor Show last week, with its Tesla-rivaling electric GT concept, the Trezor. 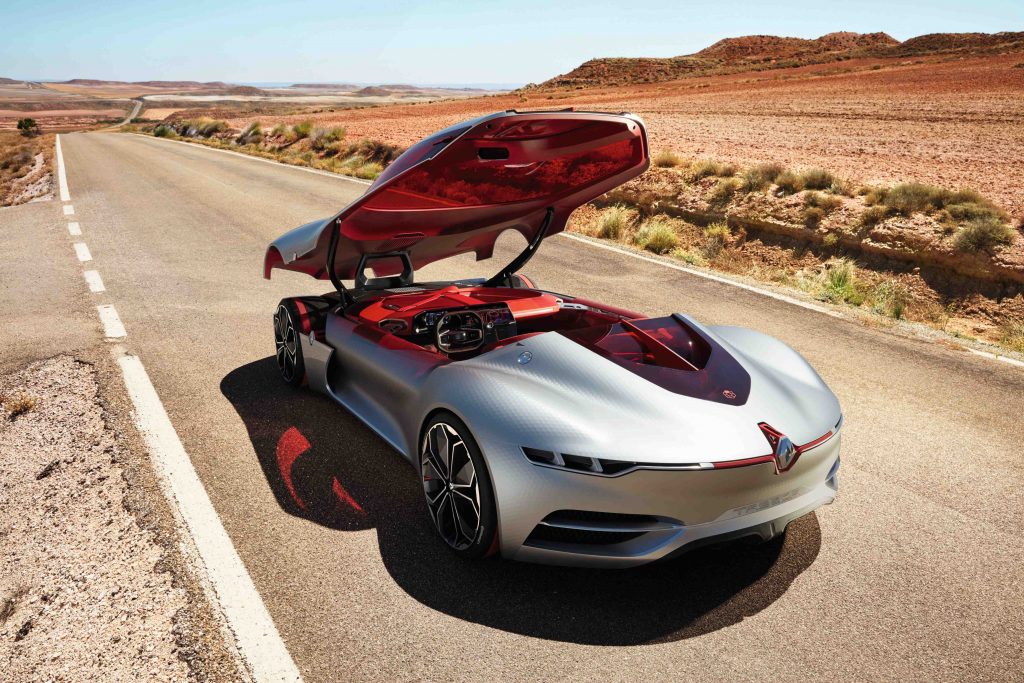 Let’s get those slightly tacky bits out of the way before we start reading between the lines and working out what this car actually means for the French firm’s future, shall we? First off, we must address the way Renault intends for you to get in and out of this car (you may have noticed a severe lack of doors) – it’s ROOF. Yes, that is probably the most extravagant feature we’ve ever seen on a concept, looking more like an entry/exit point for one of Gerry Anderson’s Thunderbird space craft over on Tracy Island.

Once you’re inside the nightclub-esque red interior of the two-seater, you might notice that Renault has revisited its ‘Life Flower’ strategy by awarding the Trezor with its ‘Love petal’. Seriously guys? That’s even worse than Mazda’s ‘KODO – Soul Of Motion’ schpeel.

Renault Trezor: Clues to the future

Okay, now we’ve got that little rant out of the way, let’s see what Renault is really thinking about its electric future by digging under the surface of this long-bonneted beaut. The company promises a 0-62mph time in under four seconds by incorporating a 260kW (350hp) and 380Nm motor into the mix, said to adopt tech from its class-leading Formula E cars. Now THAT’S much more like it! 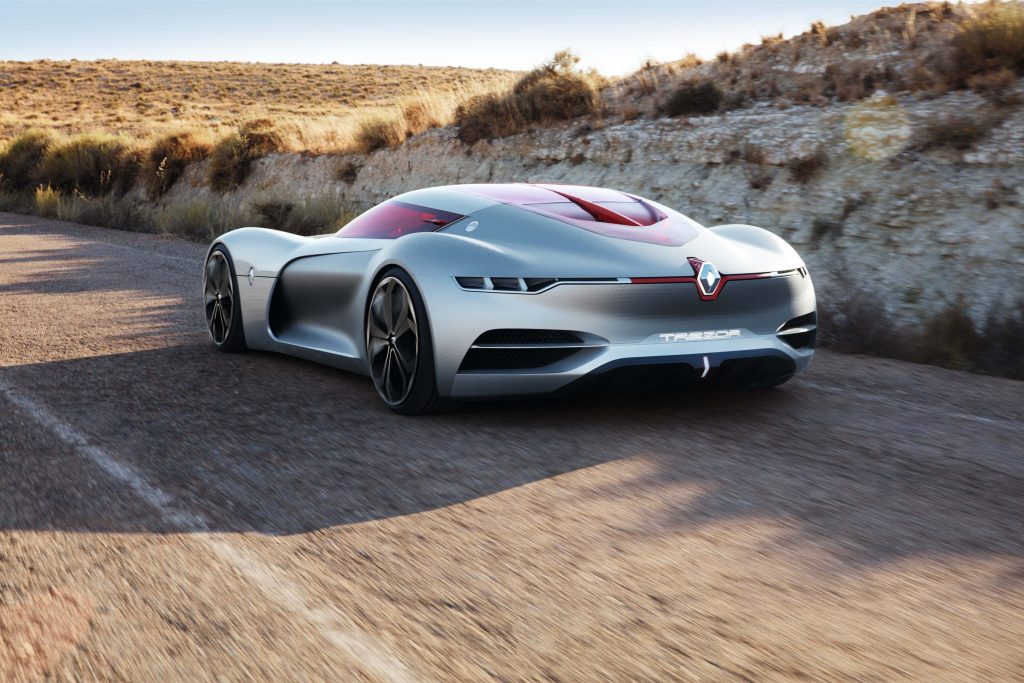 We were also intrigued to study the car’s tech-laden interior, which uses big touch screens and utilises the new-found space around the dash board that EVs bring (sound familiar? CoughTeslaCough), essences of which are sure to trickle down through the production car range over the next few years. 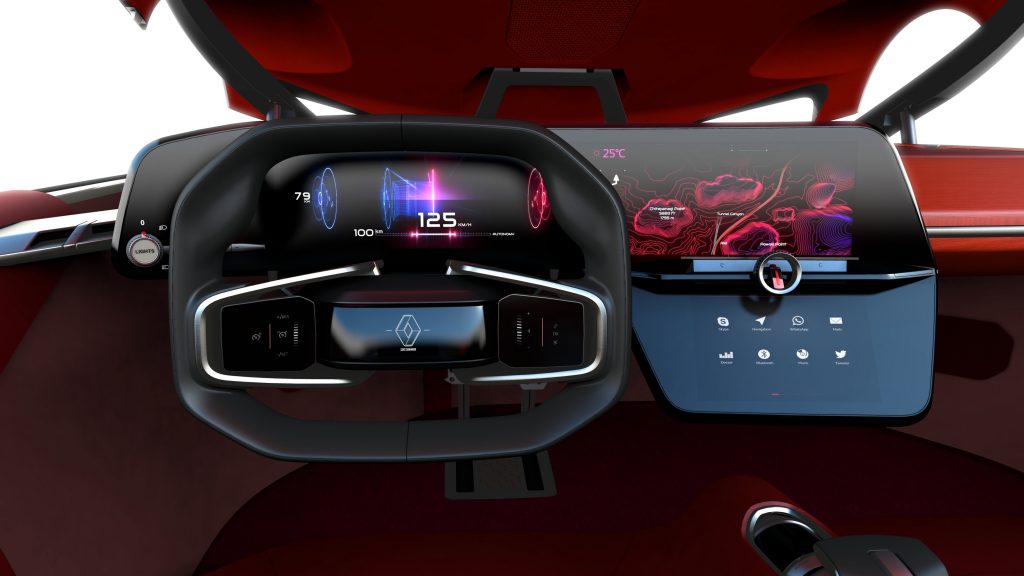 So, the Trezor. Using Renault’s latest exterior styling cues to create a beautiful, chiseled sports car, and something we’d be extremely interested in seeing a production version of. So long as they cut out all of those pointless quirks, of course…