Want to see what the gorgeous electric Honda NSX concept is up against at next weekend’s Pikes Peak Hill Climb event? Well, why don’t we start with this animal from Rimac?

Finishing second in its class in last year’s event and showing endless amounts of potential, the firm which has brought us some of the sexiest electric road car concepts has merely tweaked the formula on its E-Runner Concept One for 2016.

You may remember that pilot Noburo ‘Monster’ Tajima was all set for smashing every record under the sun for an electric car during the hill climb last year, before blown brakes put a stop to the fun, allowing the Rhys Millen-piloted e0 PP03 to claim victory. It did manage to set a record speed through the traps of 145mph before bowing out, though. 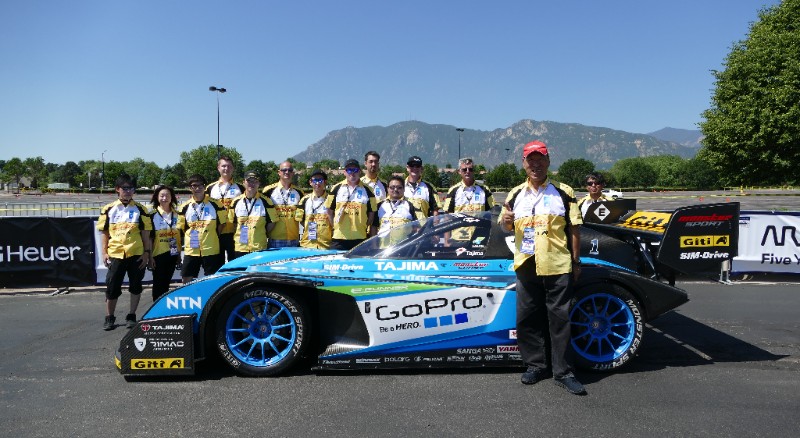 Needless to say, then, brakes have been one of the most looked-at parts of the car for this year’s sprint at Rimac HQ. Also fettled are the aerodynamics and suspension systems, to handle the 1475bhp on offer to all four wheels.

We are happy to announce that we are going to attack the Pikes Peak again with Mr. Nobuhiro “Monster” Tajima, one of Pikes Peak’s legends. Last year’s 2nd place was quite an achievement for us considering that it was the first time that we have participated and that we have lost the mechanical braking system during the race. We have learned a lot and collected terabytes of data that have helped us to improve our Torque Vectoring System and many other technologies we’re working on. This experience has flown back in all our projects – especially the Concept_S which was created as a homage to our collaboration with Mr. Tajima. All our industrial clients have also benefited from this experience – the DNA of this great project can be found across different vehicles that we’re developing for various large and small OEMs”

“Last year Mr. Tajima set a new all-time top-speed record. We believe that this year we will make an even better result in the speed trap, and of course, compete for the top spot on the podium.” said Mate Rimac, founder and CEO of Rimac Automobili.