Rimac Racing Team will attend the European Hill Climb Championship in Buzet, Croatia. They will take part in the event with the Tajima Rimac E-Runner Concept_One, the famous race car that Nobuhiro Monster Tajima raced on Pikes Peak International Hill Climb 2015 and 2016. As the racecar was developed and manufactured in Croatia, Rimac Automobili and Monster Sport wanted to give the European and especially Croatian public an opportunity to see the car in action.

The Tajima Rimac E-Runner Concept_One was developed and manufactured by Rimac Automobili in collaboration with Monster Sport for the Pikes Peaks International Hill Climb Race 2015. With 1,1 MW of power, it is the most powerful vehicle Rimac Automobili has ever produced. The performance figures are staggering – 1,475 HP of power, acceleration from 0-100 Km/h in 2,2 seconds and just 5,4 to 200 km/h from standstill. 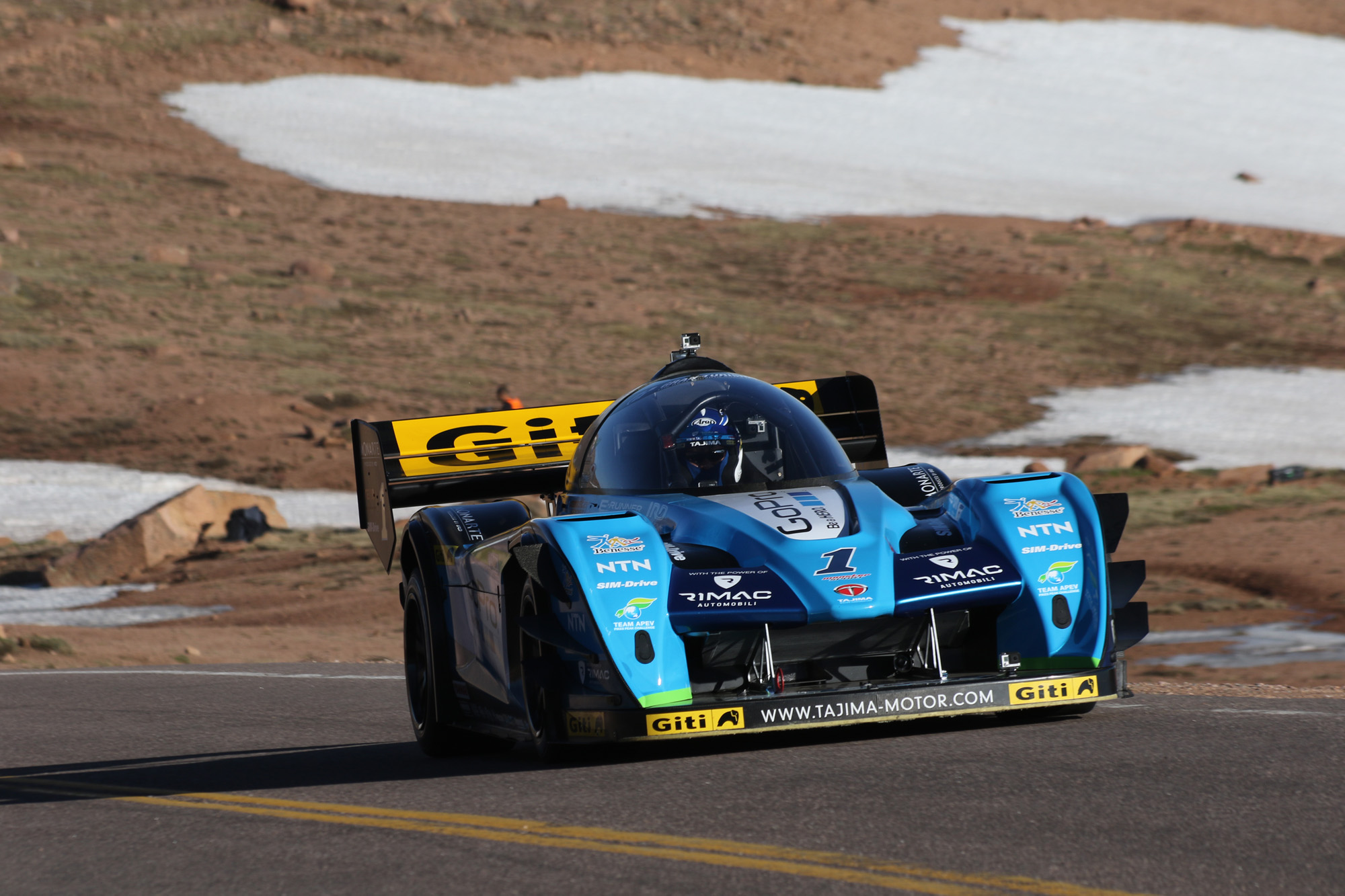 The 2015 race was very successful for the Rimac Racing Team, which had its Pikes Peak début that year. Mr. Tajima, who was celebrating his 65th birthday on race-day, finished second overall with a time of 9:32.401, breaking his previous record by 11 seconds and setting a new record through the speed trap at 145 miles per hour (233 km/h). In 2016, Monster Tajima raced the same car and finished 3rd in the Electric Modified Class and 5th overall at the 100th anniversary of Pikes Peak International Hill Climb.

“I met Mr. Tajima in December 2014 – he came up with the idea to plant the Concept_One’s technology into a Pikes Peak racer. We knew that this would be a difficult project – we only had four months to design, develop, manufacture, set-up and test the vehicle. We had to make everything except the chassis, which came-in from Japan as we couldn’t develop a new one due to timing constraints. In 4 months of incredible work, our team has managed develop and produce the most powerful electric race-car powertrain system ever, a lightweight and safe battery system that could deliver and absorb incredible amounts of power, electronics, telemetry and connectivity systems and fine tune the Torque Vectoring for Mr. Tajima’s preferences and the specifics of the car and track. A very proud time for us was when Mr. Tajima came to Croatia to test the car for a week on different racetracks. He was one of my role models when I just started the company and the suddenly – he was in our country, testing a car that we have developed for him. We got this car into the very pinnacle of the world of hill climb racing. The Pikes Peak race rally is impressive – both driver and vehicle need to be 100% prepared as the slightest mistake or problem can have serious consequences. We are extremely proud of this cooperation, and we decided to give our European fans, especially Croatian, to see this monster in action.” Said Mate Rimac, founder and CEO of Rimac Automobili. 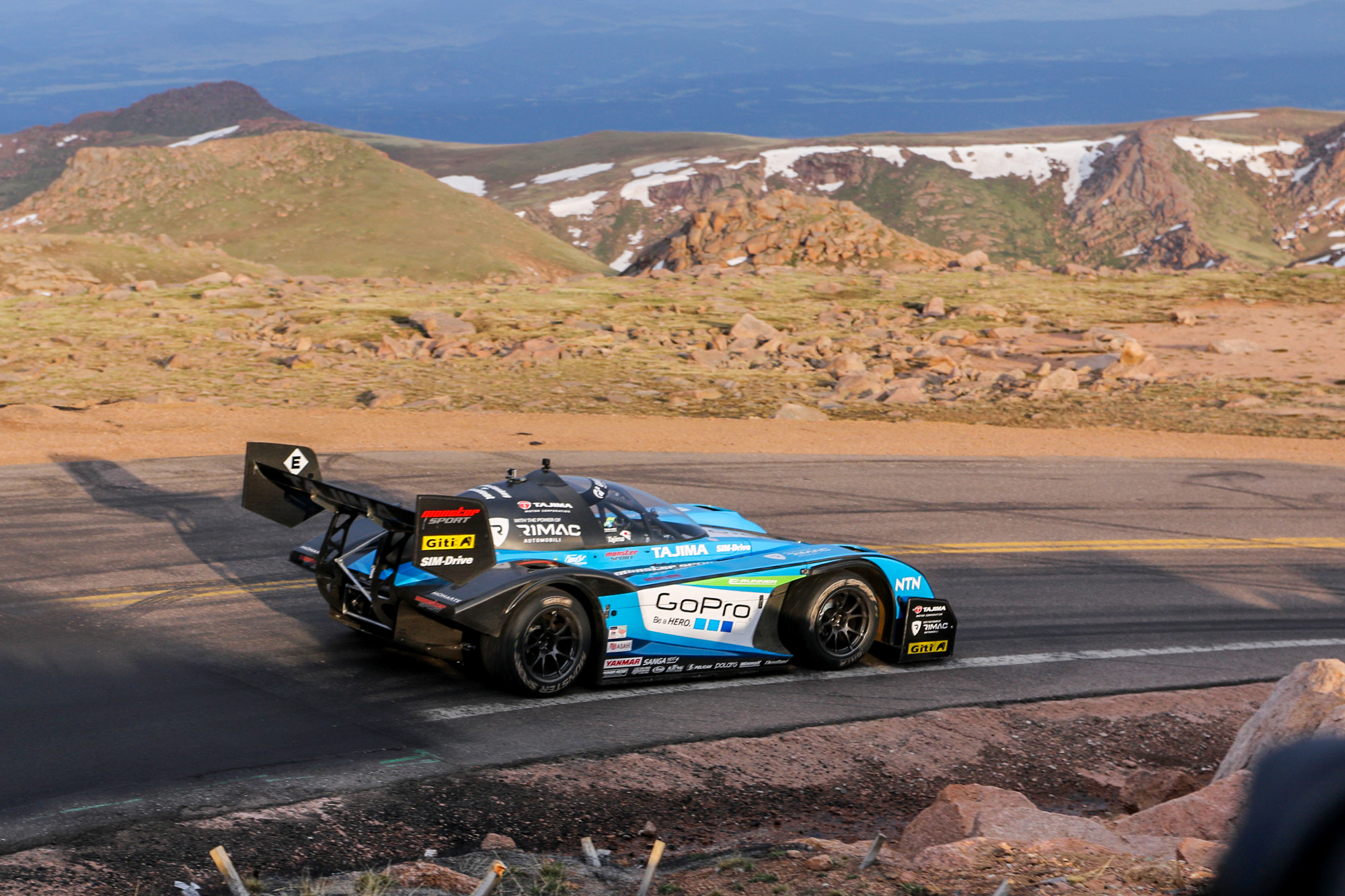 The race in Buzet is one of most attractive races of the European Hill Climb Championship, and the one with the most energizing atmosphere. The fans in Istra are second to none when it comes to greeting drivers and creating a warm welcome to every race fan. The 5001 meters long track has a difference in altitude of 300 meters. The first race was in early 1982, from then on the tradition continues. Rimac Racing will take part in the event as one of the forerunners, showcasing a groundbreaking car that was engineered, built and developed from ground up in Croatia.

It's not something we thought we needed, but today,...
The Buzz

Rimac Nevera: An in-depth look at this hypercar masterpiece

The announcement today that hypercar manufacturer and electric technology...