Spring is here and we’re roofless in a Seventies Ferrari, tearing up a mountain road just north of San Diego in the warm sunshine.

The car? A Magnum Pi-spec red 308 GTS – most petrolheads’ idea of heaven. The soundtrack? A mixtape of nothing but pure rock ‘n’ roll from the era, and that booming V8 soundtrack, of course. Actually, where is the noise from this iconic car? 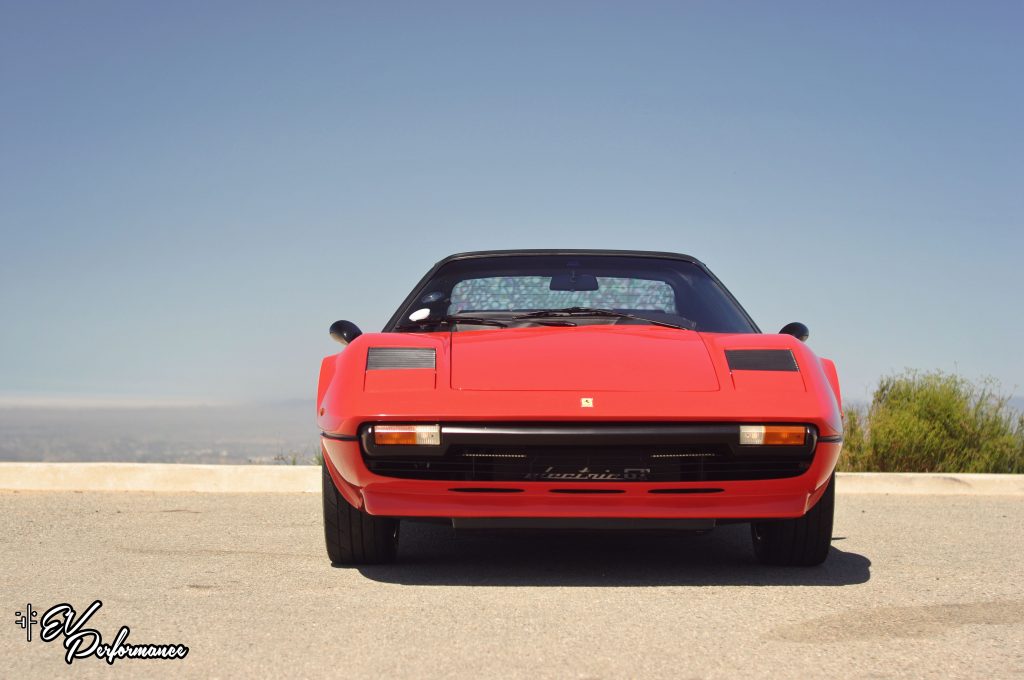 Things aren’t all they may seem. We’re actually in what is thought to be the first fully electric Ferrari ever made. But with the head honcho of the Italian firm Sergio Marchionne famously heard saying recently that “you’d have to shoot me first,” before Ferrari ever ventured into EVs officially, how is this so?

This ’78 car is the plaything of owner Eric Hutchison and San Marcos-based EV conversion garage, EV West. And before you think about sending your hate mail across, you must know that this car was in fact a burnt out shell before the team got their hands on it to rescue it back to life…

‘If you can’t add power doing an EV conversion, it ain’t worth it…”

“The rolling shell formed the perfect base for an EV conversion,” Eric explains. “And the fact that its race-inspired tubular chassis was strong out of the box meant it would be ideal for the added power and torque from the electric powerplant.”

Because Eric wasn’t planning on sticking to original power figures. In fact, EV West founder Mike’s motto is ‘if you can’t add power doing an EV conversion, it ain’t worth it.” Needless to say, this team is more about showing off the untapped and downright incredible performance potential electric motors can offer, rather than preaching about saving the planet. That’s just a convenient side-benefit. 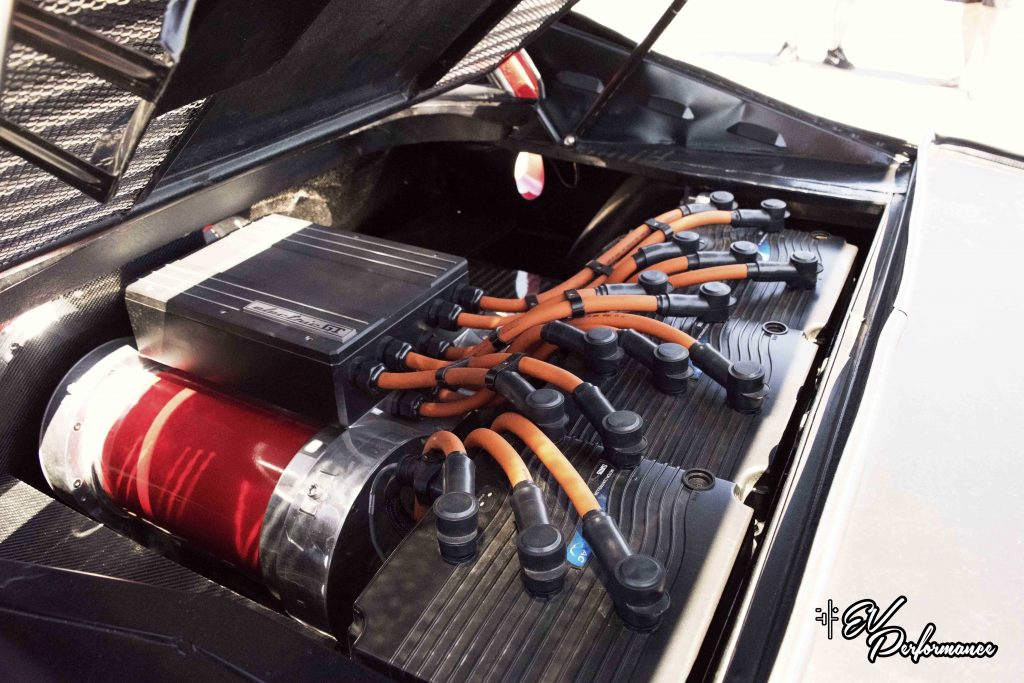 With the infamous Pininfarina curves slowly and carefully brought back to life, Eric began checking out the electric motor and battery options for his car. EV West supplies a whole heap of EV conversion kit to its worldwide customer base, so with Mike’s assistance they chose a trio of HPEVS AC51 brushless motors and no less than 48 3.3-volt lithium ion batteries.

With the equivalent of 415bhp and 330lb ft of torque now running through the rear wheels, it was understandable that some of the OEM bits would need switching up to withstand the new grunt. Keen to stick to a regular transmission, as seen in the likes of Formula E race cars, Eric uprated the gearbox, before opting for an upside-down Porsche differential to transmit the instantaneous power on tap (hey, if it works, it works…)

Finishing touches that are a signature of EV West’s work, such as the ‘Electric GT’ ex-Pininfarina badges each side, and the new ‘308 GTE’ badge at the back (only the eagle-eyed would notice), and Eric’s car was ready to rock. 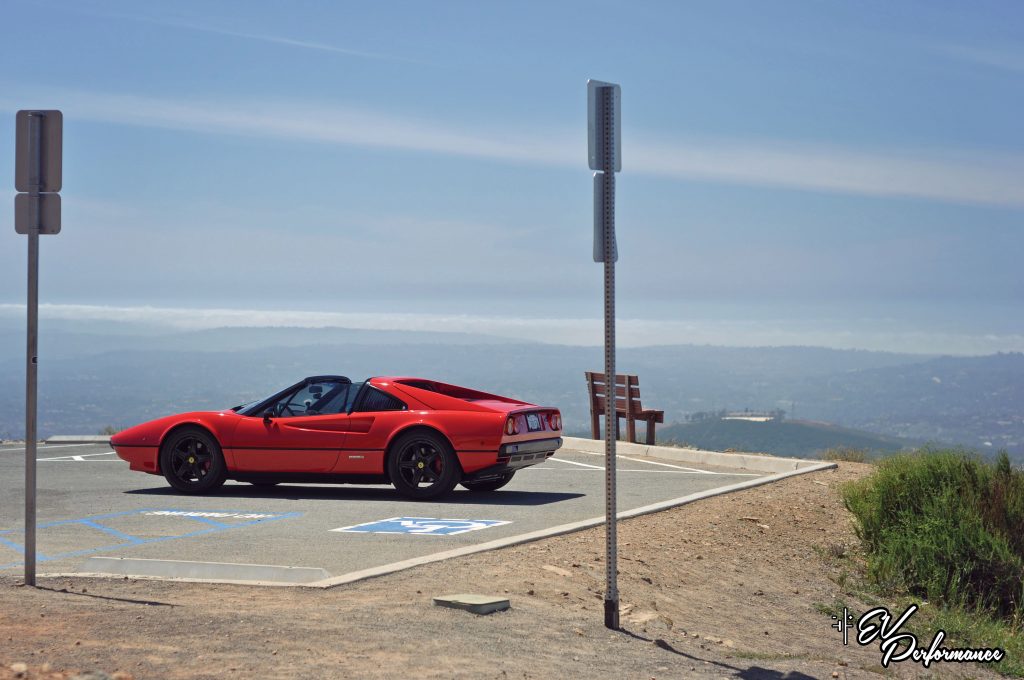 Taking it for a blast around So Cal’s particularly scenic routes, you soon forget about the lack of that V8 burble, thanks to the hilarious amounts of torque on offer right from zero revs, combined with that futuristic whine that continues to make perform people double and triple take as we fly past. 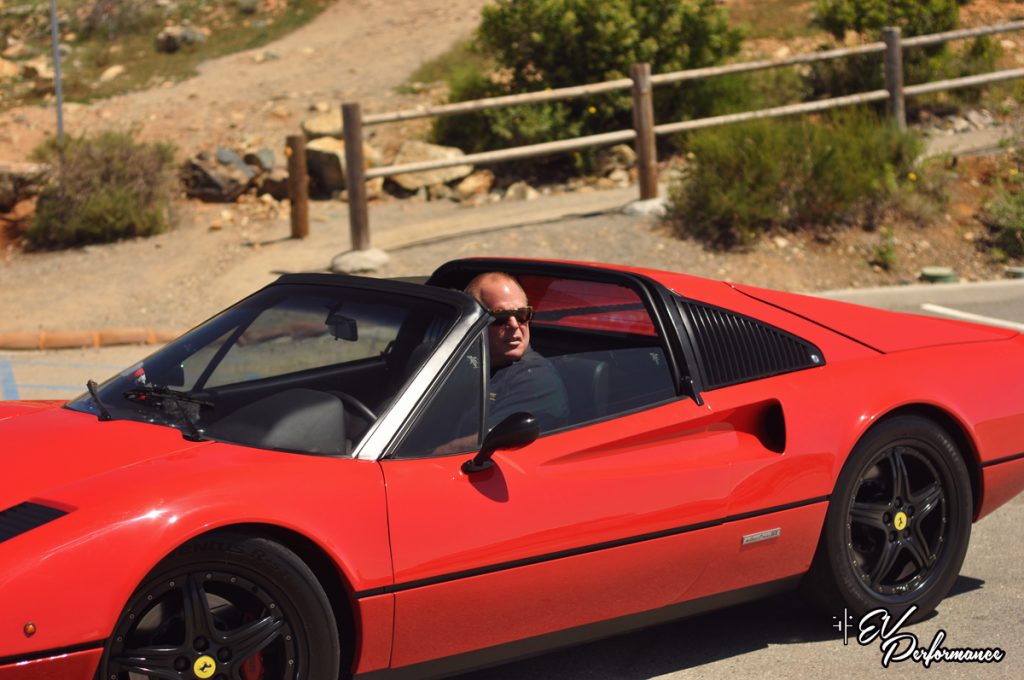 Although undoubtedly controversial to those that are stubborn about their classics, EV West’s beautiful fleet of cars is continuing to win a new audience over on a daily basis. When Eric explains he can drive his car flat-out every single day, with no worries about blowing up an engine or burn through oil, it makes you understand just how right the ethos of converting a classic to run on electricity really is. Far from ruining them, they instead open some of the world’s most beautiful cars up to be once again used and abused without worry, and surely seeing more cars like this on the road can’t be a bad thing? 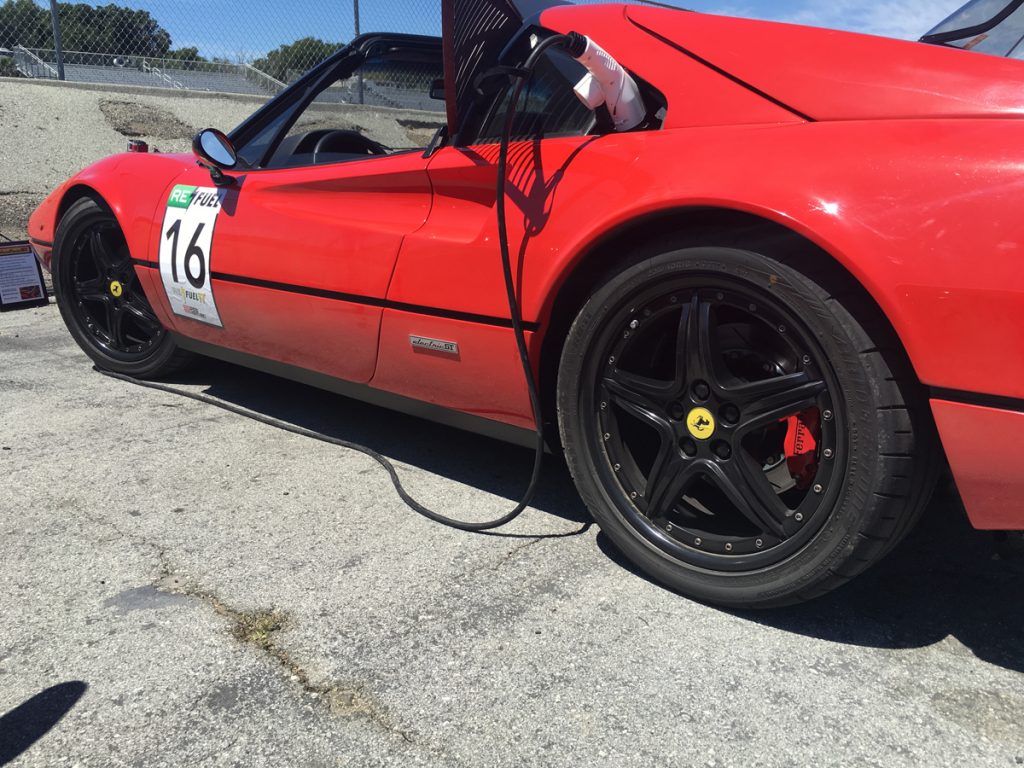 After turning heads with their electric Porsche 911 Everrati...
Company News

What comes after Ludicrous Mode? We can't even begin to imagine...