Once again, Sophie takes us around the ins and outs of the Berlin Formula E race…

As we arrived into the penultimate race weekend, the championship was looking as open as ever, with nine drivers mathematically able to win take overall victory still (seven realistically in with a chance).

Now, the formation lap may as well have been an entire lap of the circuit as they covered just over half of the track. Stephane Sarrazin was lucky – or unlucky, however you see it – enough to not have to do that as he was starting from the pit lane.

As the lights went out Buemi got an amazing start but Vergne got, what you may call, an average getaway, being overtaken into the first turn. Abt also flew off the line but ended up stuck behind the Virgin car for a number of laps. Di Grassi set the rockets off as soon as the lights went out, climbing to P6 at the end of the first lap. Vergne was having non of Buemi’s want-to-win attitude and retook the lead a few laps later. It was only to be expected really! 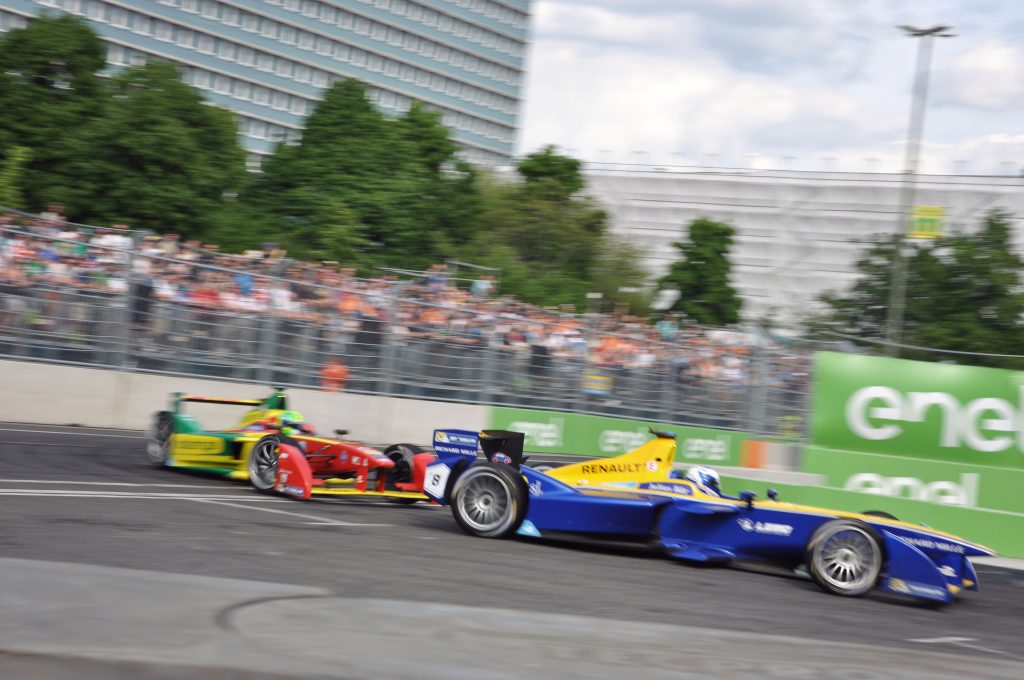 The majority of the action kicked off in the middle and back of the field with multiple drivers touching and causing each other damage. By the end of lap one, Senna had pitted with front wing damage, Rast’s rear wing was hanging diagonally off the car, Bird’s front right endplate was wobbling and Turvey had front wing damage.

The stewards took this as the perfect opportunity to fly the ‘meatball’ flag for a number of laps. Newcomer Rast was the first to fall foul of the stewards, followed by Piquet and a rather disgruntled Bird. After the team argued with the stewards for a lap, Bird was forced to pit and have the front wing changed.

Homeboy Daniel Abt was flying throughout the whole race – setting numerous fastest laps, holding off Bird and eventually overtaking Vergne for P2.

Buemi, not satisfied with P2, finally got back past Vergne and, in true fashion, dominated the race until the end. Vergne looked to settle back into P4, but Prost was craving the podium. After selling numerous failed dummies he found that he didn’t even need to do anything. After hitting the bollards at the edge of the chicane, Vergne lost his entire front wing, essentially gifting Prost the place. 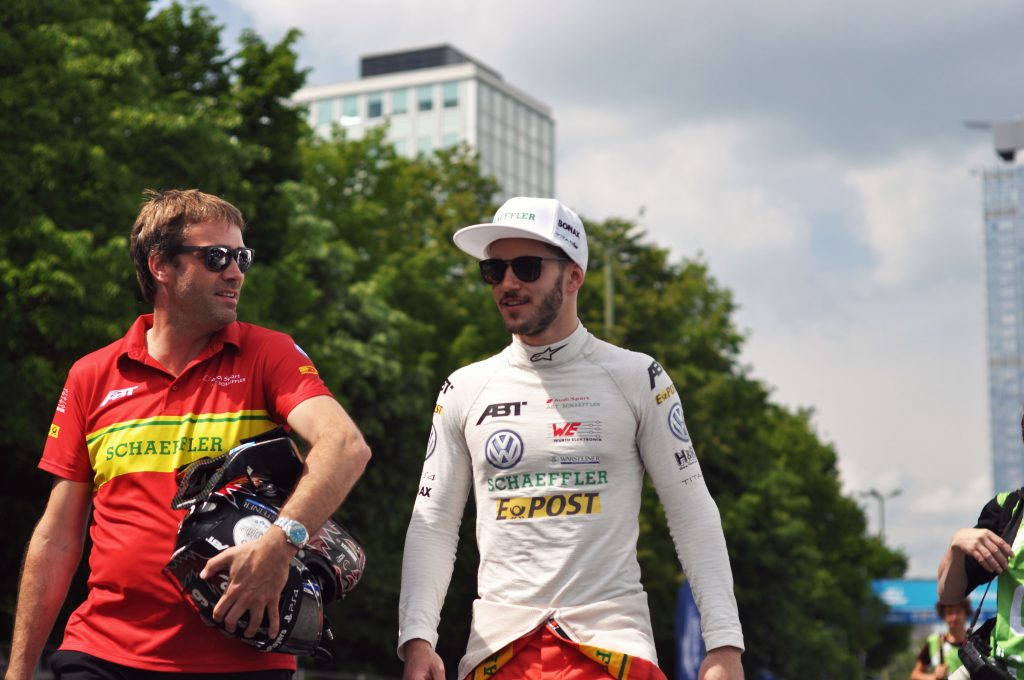 After everyone had completed their pitstops – some running to their second car as if they needed the toilet –  a slippery surface flag was brought out at the chicane. A few moments later race control realised that the debris wouldn’t move itself, so put down a Full Course Yellow for a lap. Subsequently, Di Grassi seemed to have missed the memo and towards the end of the race wound up in trouble with the stewards for ignoring the speed limit. Duval also ended up on the naughty step for using more than 150KW of power – this became more evident when he set the fastest lap of the race by a small mile. He eventually finished the race in the wall.

As Di Grassi found his way around Prost, the safety car was brought out for the recovery of Duval’s stricken Dragon. With just two laps to go we were left with a sprint race to the finish. All the drama came from Di Grassi and Abt. After being asked to let Lucas through on the last lap, Daniel was reluctant but slowed down to let the championship leader through. Lucas either didn’t know what he was doing or was napping as he stayed tucked in behind the German. Not wanting to risk losing a podium finish, Abt didn’t slow down for Di Grassi on the last lap and finished his home race P2 with Buemi ahead and Di Grassi behind.

So, Di Grassi has just a two point lead ahead of Buemi. It’ll be an interesting fight for the championship. But who will take it? Let’s find out in London…