The final race of the Formula E season was highly anticipated and better than anyone could have expected. By the end of it, we crowned our new champion…

As the lights went out, Di Grassi shot off pole, lighting up those rockets on his rear wing. Despite an attempt to take Prost off the line, he slotted in behind the Frenchman ­– who was today’s roadblock. Just a few corners into the race the carnage already began to unfold. Di Grassi slammed into the back of Buemi, mounting his championship rival and taking them both off down an escape road. Buemi was able to get going again albeit in thirteenth. The championship leader however, was forced to trundle slowly – something Lucas isn’t used to – back to the pits and change car. Opinions continue to divide the paddock and fans after we all joked about the championship rivals crashing on the first lap. The Qualcomm safety car made it’s first appearance and came back to the pits after two laps.

As Di Grassi changed car and came back out, Buemi was shown the meatball and had to come back to the pits. He too changed car but stayed in the garage for a large amount of the race. He was sitting there for so long he could have had an actual plate of meatballs and still set the fastest lap. 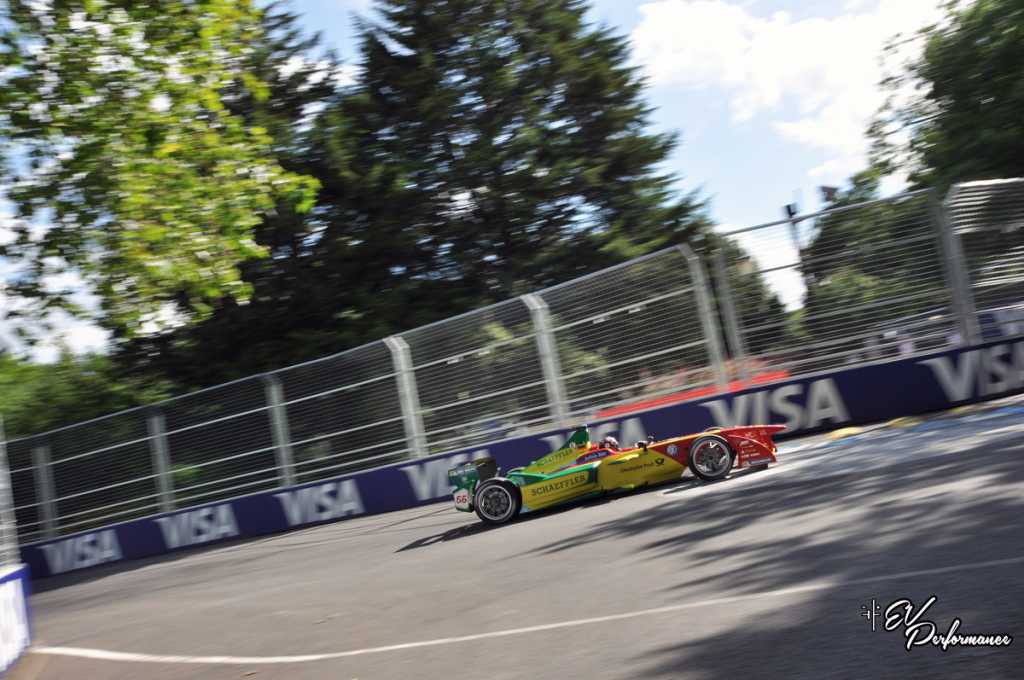 Bird made a kamikaze dive around the outside of Turvey into the chicane, almost putting himself in the wall. It was then Vergne’s turn to pass the Englishman, whom he had hit numerous times on Saturday. Turvey was not prepared to make life easy for him. After his ‘chicane dive’, Bird slowed to a halt with an actuator issue. Despite his engineer telling him what to do, he couldn’t work his magic on the car and his day was over early. The safety car was deployed just as Di Grassi went fastest in the first two sectors, obviously not what he wanted. To keep his energy up, he came back to the pits until the safety car came back in.

As we went green again, Frijns mounted the rear of D’Ambrosio, leaving him with rear wing damage. A few laps later the Dutchman was found at one of the various runoff areas around the track with a broken right front suspension after Duval stuffed him into the wall. The safety car was brought out for the third time in just a few a laps. Buemi did the opposite to the safety car and finally surfaced on lap 12 to attempt the fastest lap.

As everything between Buemi, Di Grassi and the championship got horribly confusing, Abt pulled a move into the chicane – less wild than Bird z- and took P2 away from fellow German Heidfeld. Vergne attempted the same move and very nearly ended up in the wall himself.

As Hua spent half a lap blocking Buemi, the e.dams driver came back into the pits to give himself clean air. After a lap of cruising around, he found Di Grassi in front of him, who was seemingly holding his rival up. ‘He’s waiting for me, he’s waiting specially for me’ Buemi said as if Di Grassi was about to take him on a date.  Ironically, Hua was given a penalty for speeding in the pitlane just a few laps after holding Buemi up. 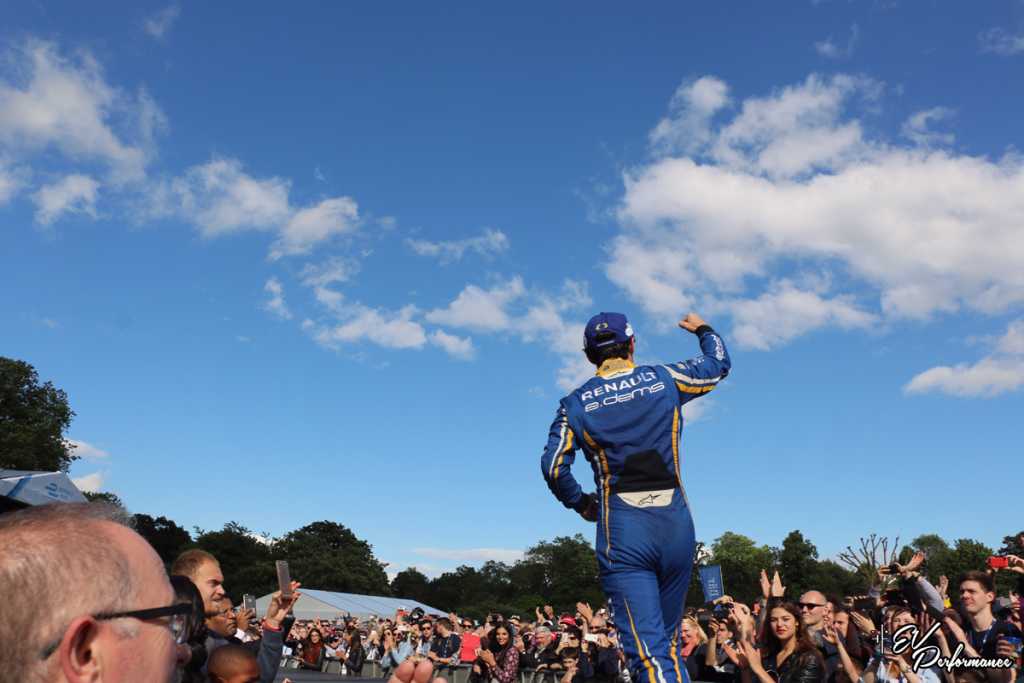 Di Grassi had just one chance at the fastest lap but it didn’t pay off as Buemi just went quicker. Despite using his fanboost to build up the speed before starting, he couldn’t beat the might of Buemi. The championship was decided by five hundredths of a second. Nico Prost drove another astounding lights to flag victory with Daniel Abt scoring his third podium of the season in P2 and Jerome D’Ambrosio in P3.

But the championship could only be won by one and that one was Sebastien Buemi.