Few cars gave us that fizzing feeling downstairs at the recent Geneva Motor Show than this: the DS Performance E-Tense concept.

What’s it all about, then? Well, you’ve probably heard of DS from its recent colab with Citroen on some of the quirkiest road cars we’ve seen in recent years, along with the fact it’s teamed up a little company called Virgin to create the DS Virgin Formula E team, with Sam Bird and Jean Eric Vergne at the helm of its cars. Well, DS Performance is a spin-off of DS Automobiles, focusing on futuristic sports cars, of which the E-Tense could be one of. 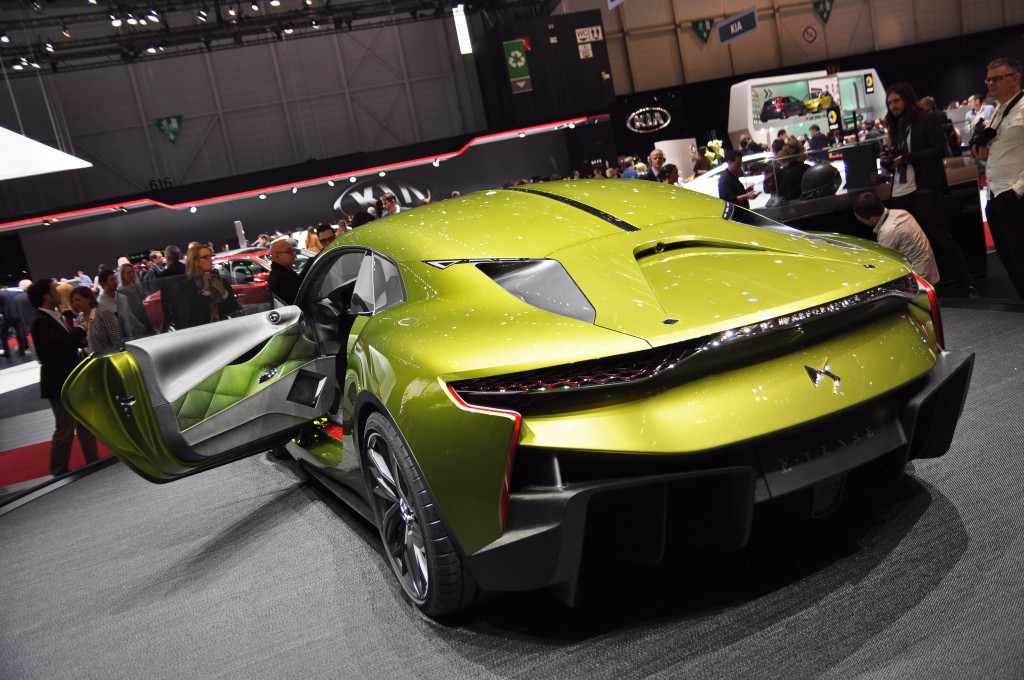 A fully electric sports car that is much more of a reality than you might think based on looking at (this actual car has been used for many tests by the company – it actually moves), the E-Tense offers a promising insight into the future of this french firm.

Two Saft 53kWh batteries power a Siemens motor, producing 396bhp and 516Nm of torque. This means 0-60mph in 4.5 secs, putting it in the firing line of the likes of the Porsche 911.

With the brand promising six new models entering production before 2020, it’s not too absurd to think we could be seeing this car on the road in the next few years. And that’s a rather exciting thought, isn’t it?

The 'world's first electric hot hatch' could be on our roads by early 2018...
Formula E News