The EVs we loved from Geneva

We just got back from Geneva. And it’s fair to say we are well and truly knackered.

Why, you ask? Because it seems that 95% of cars on display at this year’s bash were bonkers EV or hybrid-powered sports cars. And that means, naturally, we had to go and gawp at every single one of them. Which meant a LOT of walking and photo snapping!

Whilst we work through all the absolutely gorgeous and inspiring cars we found on the day, we’ll leave you with our top five from the show, in no particular order… 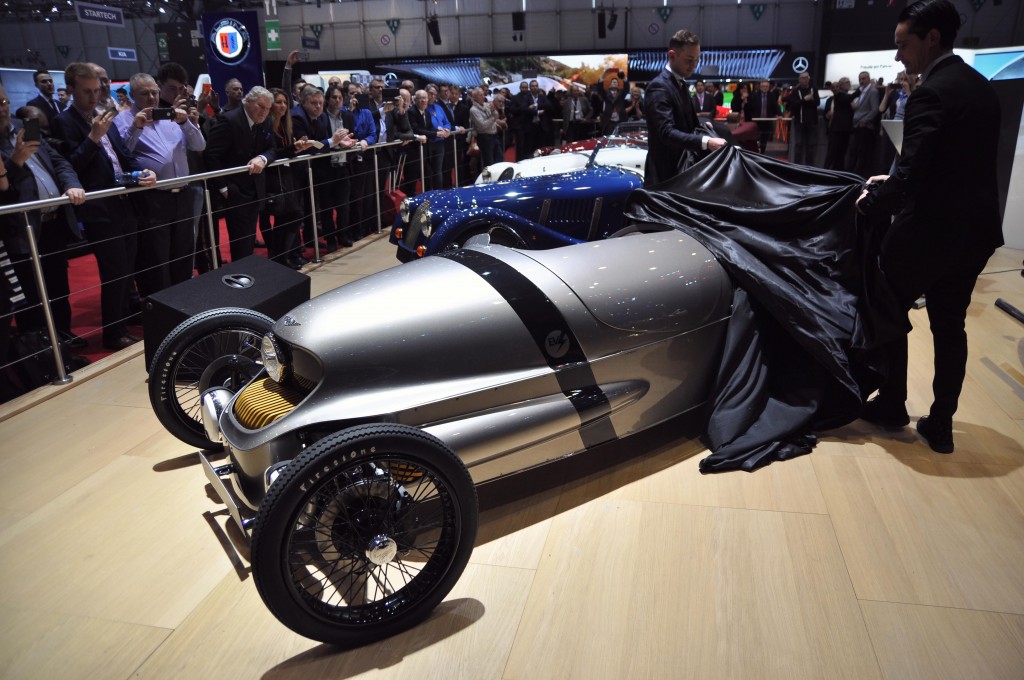 This three-wheeled work of art perhaps epitomises what EV Peformance is about more than any other car we’ve ever come across: mixing electric power with a seriously cool car, not just for the environmental benefits, but because it can make for a fun drive, too.

The guys from Morgan Motor Co are some of the most down-to-earth people we’ve ever met. And their ethos of old-school British engineering at its prime is something that very few other companies could come close to. We can’t wait to bring you more on this superb little car!

It’s been great seeing more and more modified Model Ss appearing out there. There were a number of savage looking examples at this year’s show, cementing our thoughts that this is a car people universally love.

Our pick was renowned German tuning firm Brabus’ attempt; all black to match the other cars on its line up, including Merc G Wagons and other bling creations. The subtle mods such as wheels, and a quilted leather re-trim inside makes this a seriously sexy looking car.

All parts are available to buy individually now, just saying… 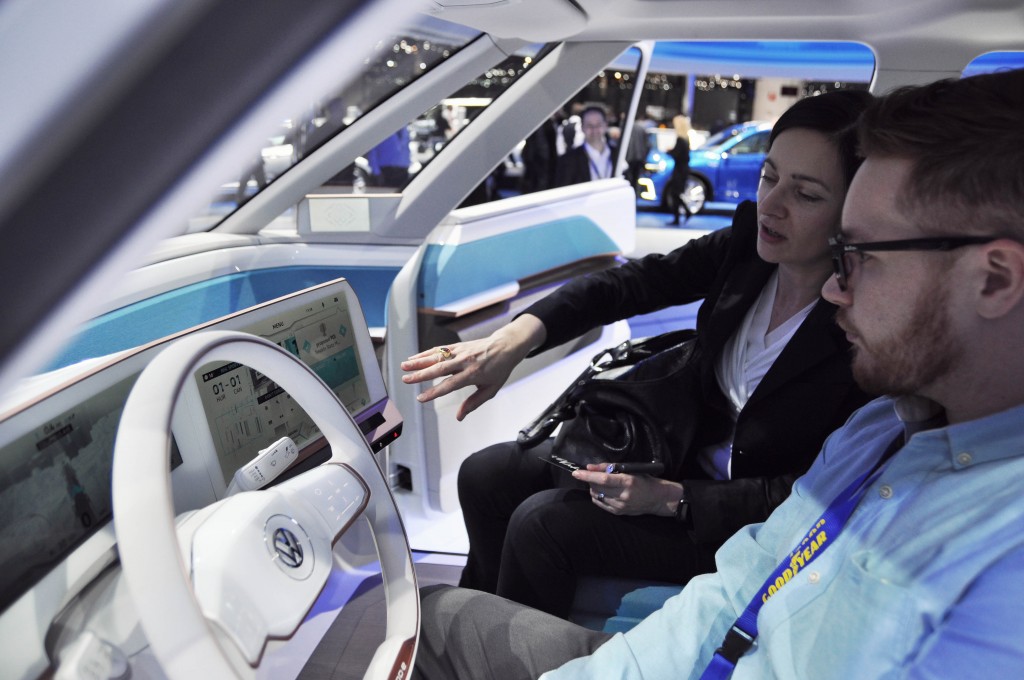 You’ve probably heard all about this concept already, and Volkswagen’s appearance at the show was rather beautifully overshadowed by the already-infamous shock Dieselgate prank, but having the chance to be personally shown around the Budd-E electric camper of the future by the chief software designer was something we were completely blown away by.

Although not intended to be brought to production anytime soon, the way the multiple screens throughout offer the driver and passengers some ingenious features was truly fascinating to hear about. We’ll tell you all about it shortly… 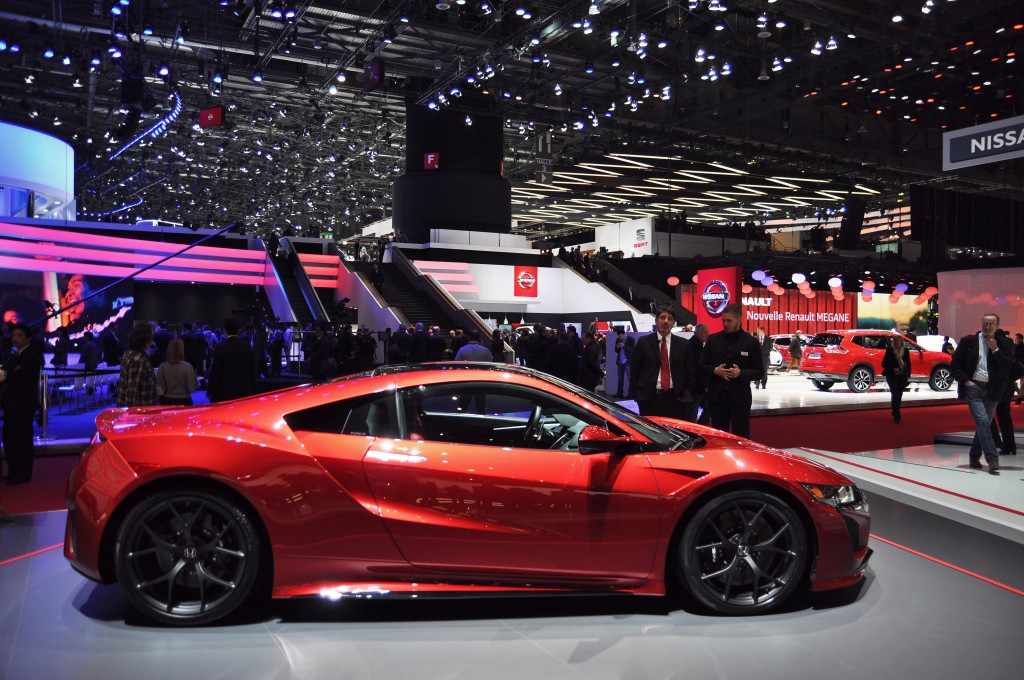 It’s got a twin turbo V6. It’s got three electric motors. It’s just been confirmed it’s going to go on sale for £130,000. But let’s be honest here. Do you really care? JUST LOOK AT IT!

This has to be one of the prettiest cars to make production we’ve seen for some time. And in the flesh, it’s even more impressive… 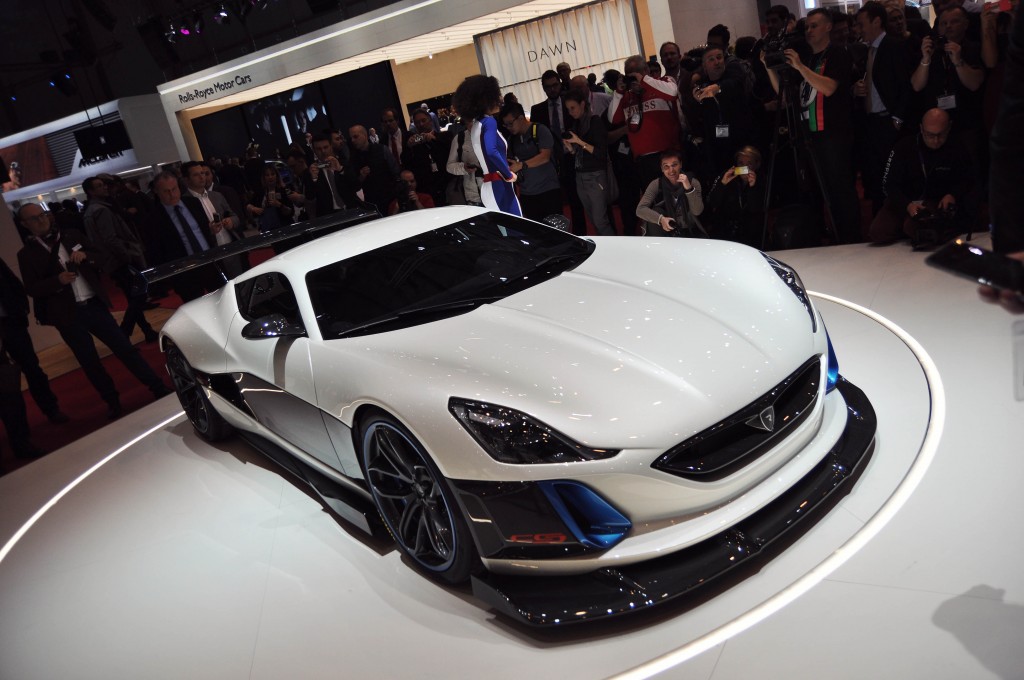 In case the ridiculously fast Concept One from Croatian start-up Rimac (which has just been confirmed for production itself) isn’t enough to whet your appetite, its evil twin, the Concept S, was unveiled at the Swiss event.

With 1384bhp and 1327lb ft of instantaneous torque available at the prod of a pedal, this all-electric megacar looks even more vicious than the car it was based on. Hearing the story of the humble man who started it all, Mate Rimac, helped us to appreciate this fascinating company even more.

Watch a Rimac Concept_One eat a LaFerrari for breakfast

Thought the Model S was fast? Think again...
The Buzz