Where we’re going we don’t need roads, kind of…

Thirty years ago, Back to the Future II predicted that by October 21, 2015, the world would be awash with futuristic technologies to help make our everyday lifestyles cleaner, easier and more fun. 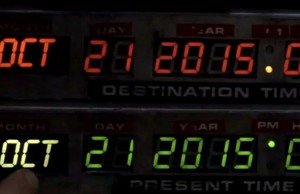 And as today is finally that very day (makes you feel old, doesn’t it?), it’s clear that some of these predictions ring truer than others.

Sure, we’ve now got 3D films and god-awful movie sequels (admittedly not quite as tedious as Jaws 19 yet, though), and thanks to a timely project by Lexus, hoverboards may not be as sci-fi as we previously thought, but when it comes to the transportation in the blockbuster, directors Robert Zemeckis and Bob Gale’s vision was slightly patchy, to say the least. 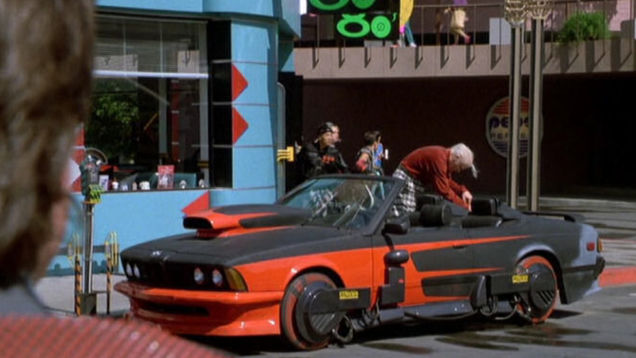 There’s no getting around the fact that this Beemer is fresh out of the late Seventies. Even if it can hover. It is completely silent though, just like a Nissan Leaf, sort of…

This dark grey beauty appears to be based on the sleek Ford Probe – a car that went out of production in 1997, but arguably still has some ‘futuristic-ness’ about its slender proportions. The slipstream bodykit and windscreen cover remind us of cars entering events such as the Shell Eco-Marathon, where all panel gaps and harsh lines are smoothed out in an attempt to make the car as efficient as possible. 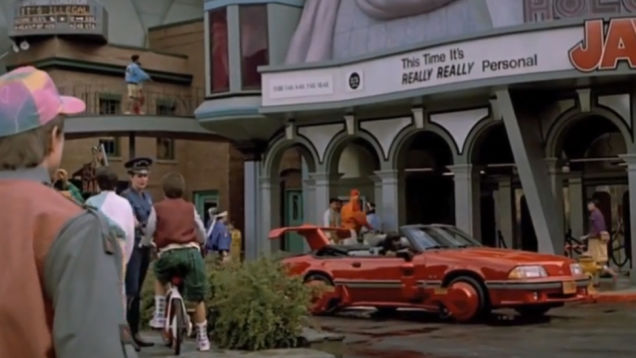 Although this modified 5.0-litre V8’s styling seems to be straight out of the Nineties, those individual wheel powerplants have been seen recently on cars like the upcoming Honda NSX, where small electric motors are used to power each wheel. 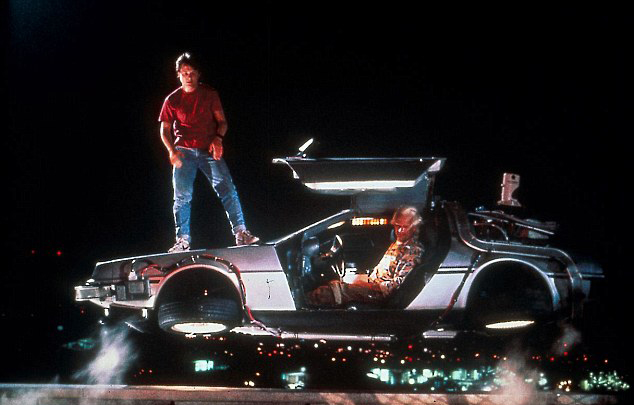 Undoubtedly the star of the show, this time-travelling bad boy used a flux capacitor (whatever that is) to bend time. Although a Tesla Model S launching hard with ‘Insane mode’ activated is overwhelmingly rapid, it’s not quite warp speed and the Tesla X with it’s Falcon doors. Maybe the next model, Elon?